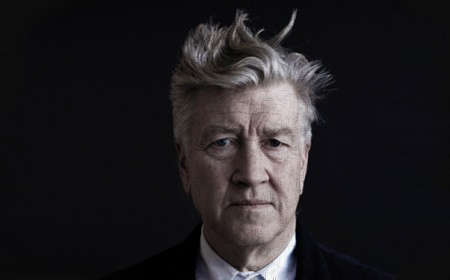 David Lynch explains his understanding about consciousness, creativity and the brain. He says that Transcendental Meditation played crucial role in developing his consciousness and boosting his creativity.

The inside story on transcending the brain, with David Lynch, Award-winning film director of Blue Velvet, Twin Peaks, Mullholland Drive, Inland Empire (filming); John Hagelin, Ph.D., Quantum physicist featured in “What the bleep do we know?!” and Fred Travis, Ph.D., Director, Center for Brain, Consciousness and Cognition, Maharishi University of Management. About 46 minutes into the talk, John Hegalin Ph.D. speaks about the scientifically documented information regarding transcendental meditation, he also demonstrates, with a student hooked to an EEG, the effects of meditation on the student’s brainwave patterns.

Transcendental Meditation (TM) is a simple, natural method of allowing the mind to go beyond thoughts and gain access to the silent inner field of creativity, energy, peace, and happinessthat is our own essential nature, our Self. Transcendental Meditation is practiced 20 minutes twice each day while sitting comfortably with the eyes closed. TM allows your mind to settle inward beyond thought to experience the source of thought — pure awareness, also known as transcendental consciousness. This is the most silent and peaceful level of consciousness — your innermost Self. In this state of restful alertness, your brain functions with significantly greater coherence and your body gains deep rest.

It’s not a religion, philosophy, or lifestyle. It’s the most widely practiced, most researched, and most effective method of self-development. It is widely known and prescribed by physicians for its powerful stress-reducing effects.

Over 600 research studies have been conducted at more than 200 universities and research centers (including Harvard, UCLA, and Stanford). These studies have been published in more than 100 journals. More than five million people worldwide have learned this simple, natural technique — people of all ages, cultures, and religions.

Maharishi Mahesh Yogi (1918–2008), who brought TM to the West, said that TM offers any individual not only a gateway to the highest spiritual unfoldment (Enlightenment), but also “sound physical and mental health, greater ability in action, a greater capacity to think clearly, increased efficiency in work, and more loving and rewarding relationships with others.” Transcendental Meditation technique today maintains the same procedures used by teachers thousands of years ago for maximum effectiveness.

“If the purpose of higher education is to enable an individual to think and act successfully, then education is significant only when it enlivens the whole brain. Therefore, the level of integrated brain functioning is a reliable gauge of the success of a student’s educational experience.” –Dr. Fred Travis