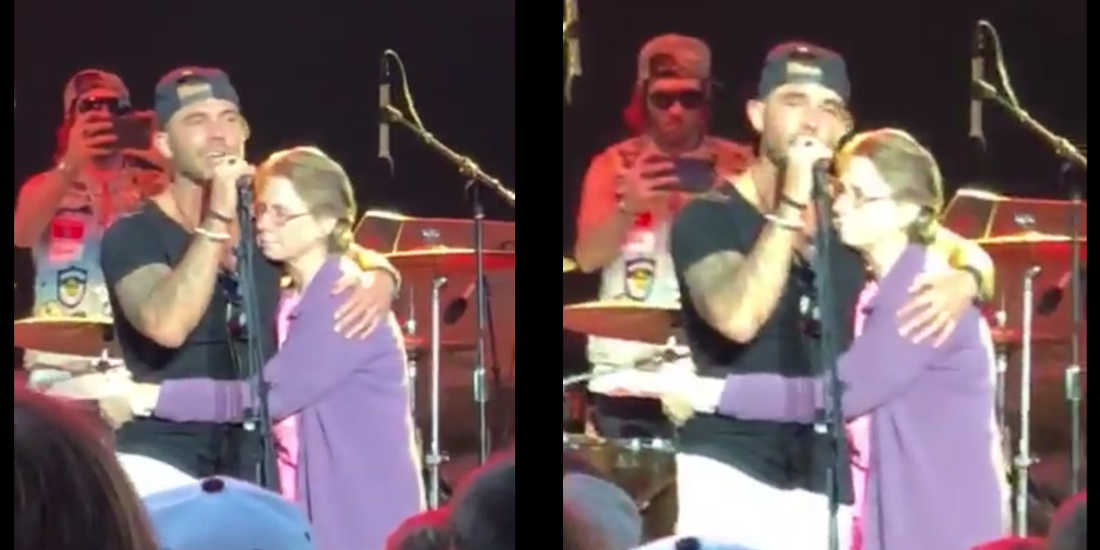 Lori Richard-Dittmer, attending a concert, called it one of the most beautiful things she has experienced. The video has gone live which has gathered more than 1,128,000 views. What’s so special about it? It’s about love. Not any kind of love – but the special love between a son and his elderly mother. Jay Allen, the country singer, dedicated his new song ‘Blank Stares’ to her mother after she’s diagnosed with a terrible disease – she has an early onset of Alzheimer’s.

The event that moved people

It was at the Dubuque County Fair in Nashville, Tennessee on July 27th when Jay Allen brought her mother up on stage. He sang and won the hearts of the audience. His mother stuck on to him as he swayed and sang. A moment of love, and pain. Allen’s mother, Sherry Rich, suffers from the early onset of Alzheimer’s at the age of just 53. She doesn’t have long to live, and the helplessness is poured in his song. It was a touching moment and the audience participated in it. Allen says he finds hope in the long goodbye. We pray for his mother from our side.

Not just for mother

In the end, however, he doesn’t want this song to remain personal. As he wrote Blank Stares, he kept in mind the terrible disease that affects about 5.7 million Americans and is the sixth-leading cause of death in the United States. It needs more awareness and research. ‘Blank Stares’ is not only a song for Allen’s mother, but it is also a tool that he would like to use against Alzheimer’s. As he claims, if God has given him the voice and the ability to write songs, he can transform it into something good. And good he did!

What more could he do? Well, he did do more. He has made it clear that all the proceeds received from this video will be donated to Abe Garden. It’s a recognized model of day programs, residential care, and community services for Alzheimer’s and other related dementias. It has professional care partners and trained team members which makes sure that patients and the families impacted by dementia patients are taken proper care. There could not be a better place for one to donate. Allen’s video is up on YouTube and he hopes it will generate enough proceeds for Abe Garden. As Allen agrees music is powerful, and we can do something with it.

The comments are already coming in. People who have been through the death of loved ones due to Alzheimer’s cried when they watched the video. Others have commented on the powerful portrayal of the mother-son duo on stage. The comments come in, and so do the views. The video has gone viral.

People are already responding to Allen’s cause. What are you waiting for? Let’s watch the video and generate some more views. Let’s fight Alzheimer’s!