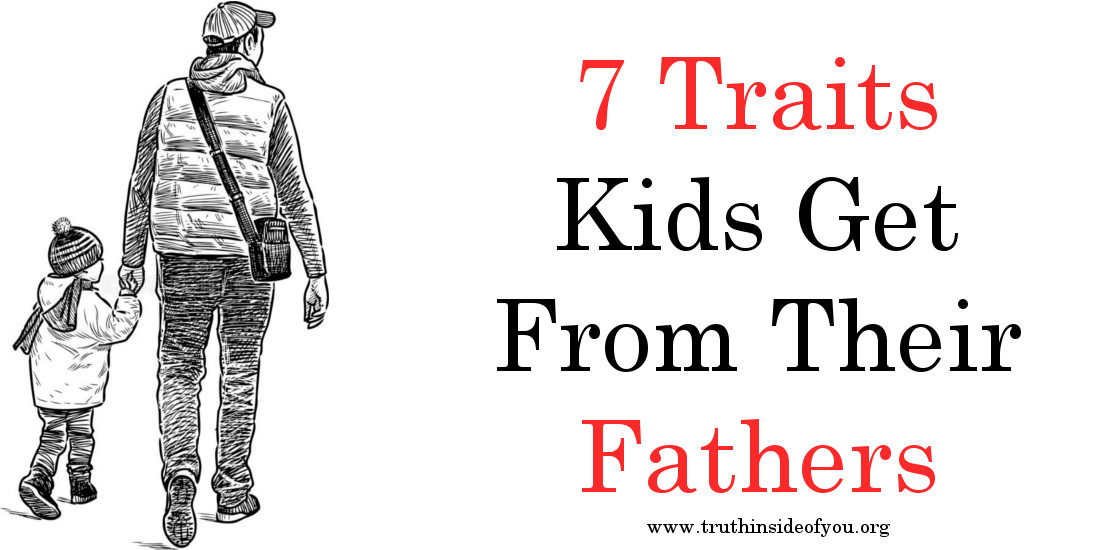 We all know how genetics work. There are some ‘things’ that children inherit from their fathers and some of their mothers. Although there are things which could just be a lottery system of who gets what, other genes are highly specific.

Without much ado, here are 7 Traits that children are guaranteed to inherit from their fathers.

Sons are in the danger of inheriting bad heart health from their father if they suffer from the same. The gene which is responsible for increasing the risk of coronary heart disease gets transferred from the father to the son. It works by impairing the inflammation control in the arteries.

Mental health issues can be inherited from either of the parents. But there are certain disorders whose probability gets increased if the father is considerably older at the time of conceiving. ADHD and Schizophrenia are more likely to be passed on from older fathers because their DNA changes with age and is carried in the new sperms produced, whereas the mother’s eggs are practically untouched from the beginning.

The dental problems too might get carried from the father to the children, mainly because the father’s genes are somewhat more dominant than the mother’s. So the next time you have to go pay your dentist a visit, blame your father.

A primary study in the field of IVF and ICSI fertilization seems to indicate that father’s pass on their low sperm counts onto their sons as well. Men born from either of the two techniques were shown to have a lesser sperm count than those conceived naturally.

Well, we hope this is common knowledge, but anyway. Whether a couple will have a boy or a girl depends solely on the father. This is something we learned in high school regarding the function and presence of XY chromosomes. However new research seems to suggest that it is possible to make an educated guess on the gender of an unborn child based on the family tree of the father.

Whether the child would be tall or not seems to depend a lot on the father’s height. Although there are more than 700 genes at work which determine the height of a person, some are found to be more influential than the others and the research is still on the subject.