A child’s first idea about adulthood and being functional comes from its father. A father symbolizes authority and power, but at the same time, a kind of strong love, and presence that promises the child security and stability.

No wonder, children from so-called broken homes often end up with dysfunctional attitudes towards life. Fathers hence have a special responsibility towards their offspring.

But of course, many fail in this and their children either end up finding substitute father figures in others they meet later in life, or just simply lack a certain aspect of their personality.

But there are lots of fathers who make us proud. And one of them is the 88-year old father of Down patient Matt Cobrink, Malcolm. We all live in a world where debilitating diseases end up not only degrading peoples’ lives but also end up making things hard for the parents and caregivers too. 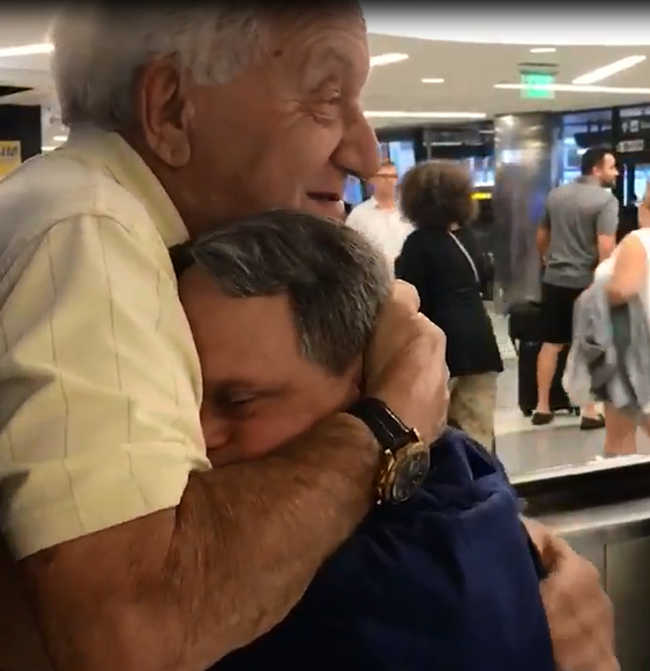 In such a world Malcolm has cared for his son for 53 long years. And the bond they share is absolutely amazing. The love between them is the kind that makes you believe in humanity again.

First, let’s see exactly what Down syndrome is. It is also called trisomy. It is a genetic disorder that affects children in the womb and is basically a scenario where the 21st chromosome leaves three copies in the body instead of two.

This causes the slow retarded development of both body and mind, and there are high chances of infantile mortality as the child’s body is extremely weak and fragile. The IQ of an average Down patient never exceeds that of an 8-year-old, making them more or less restricted to parental care throughout their lives. 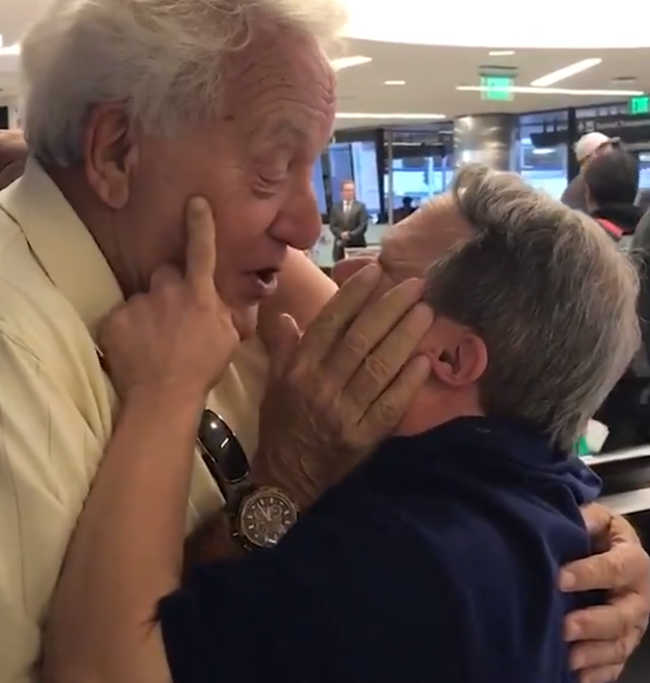 It is not strange that parents often choose to abort fetuses when there is still time if they find out that it has Down.

In such a world, Matt has already turned 53. And we can see who is responsible for it. As a matter of fact, Matt has, excepting two special situations, never lived without his dad for more than a week.

Recently, Matt was given an opportunity to go watch the New York Yankees and meet his favorite athlete, Aaron Judge. This required Matt to travel to New York from his home in Los Angeles, CA.

The trip lasted a week, and then Matt returned.

A video shot by Matt’s sister showing how he reunites with his father after a week apart and has been doing the rounds of social media and lighting up people’s lives in the process.

Malcolm is an inspiration for parents with children who have Down syndrome. The way he has cared for and loved Matt, and still does, is a testimony of the fact that a little love and lots of care can solve every big problem in life, and help others live better. 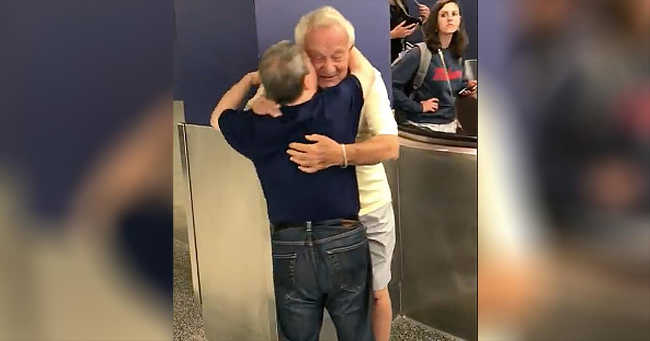 If only everyone thought this way. Thoughts?