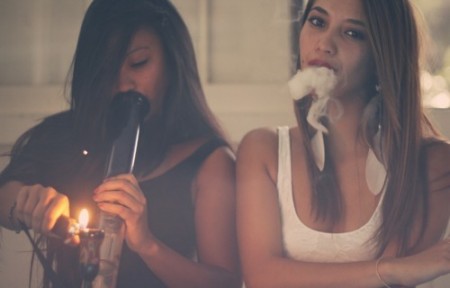 The progressing liberation of cannabis has been brought about by a surge in information on the positive medical and recreational benefits of this healing plant. There is a growing body of scientific evidence demonstrating how this plant can be of tremendous medicinal value in fighting and coping with many diseases and illnesses such as cancer, autism, fybromyalgia, epilepsy, multiple sclerosis, and even ADHD.

The controversy surrounding cannabis is far from over, however, but people are waking up to the fact that as a recreational drug it is much safer than alcohol and that it really has no business being classified as a schedule I drug by the United States justice department, along side cocaine, meth amphetamines, and heroin.

“Schedule I drugs, substances, or chemicals are defined as drugs with no currently accepted medical use and a high potential for abuse. Schedule I drugs are the most dangerous drugs of all the drug schedules with potentially severe psychological or physical dependence.” [Source: Justice.gov]

With all of the accolades that cannabis is receiving now for its medicinal and recreational value, many people have been wondering what the cons of cannabis use actually are. We know that the government is lying to us about it, and we know that those pushing for total legalization are also pursuing an agenda, so what exactly are the real downsides to using cannabis?

With this question in mind, we composed this list of the top 12 cons of consuming – smoking cannabis. If you can think of any more that should be on this list, please leave a comment in the comment section below.

1. Cannabis Usage Can Result in Legal Problems and Prison Time – Truth be told, when all the facts are in, this is without question the most dangerous side effect of using cannabis. Drug laws in the United States are widely viewed as outrageous, outdated, and even down right Draconian, and the penalties for possession and distribution are arguably more destructive to society than the actual effects of the drug.

2. Cannabis Can Be Addictive – Many people say that cannabis is not addictive, but for some people it definitely is. Perhaps a distinction can be made between addictive and habit-forming, because, unlike hard drugs such as cocaine or heroin, the type of dependency that a cannabis user experiences is much different, and much less destructive. For an example of a mild effect of cannabis dependency, users are likely to develop sleep disorders requiring them to use in order to experience restful sleep.

Cannabis addiction is primarily psychological, not physical, meaning that one’s physical health is not jeopardized by quitting usage. For a long time cannabis user, quitting can be extremely difficult, and the negative effects of kicking the addiction can last for weeks, but, again, the negative effects are largely psychological, and not all that dangerous or likely to induce manic or criminal behavior in order to find a fix. They typically subside within a few days or more of refraining from use.

3. Cannabis Can Trigger Panic Attacks and Other Negative Mental States – It is well documented and widely understood that the ingestion of cannabis can indeed trigger panic attacks, anxiety, psychotic episodes, schizophrenia, disassociation, and periods of overly intense inward reflection. This is relative to the user, and a person with neurosis when not under the influence of cannabis is more likely to experience an intensification of negative mental states while under the influence.

These effects are typically short-termed and wear off with the effects of the drug, however, some people claim that usage of cannabis has resulted in symptoms like these that last for weeks or more after using.

Cannabis does affect people differently, and chronic users are probably familiar with these effects, but are more capable of adapting to and ignoring them in order to enjoy the benefits of the drug. The strength and quality of cannabis can differ vastly and, like any other drug, users, especially new users, should be aware that severe panic and anxiety can occur, and should plan in advance to partake in a set and setting that is least likely to contribute to the occurrence or exacerbation of these effects.

4. Smoking Cannabis Can do the Body Harm – Smoking cannabis is the most common means of consumption, and is even a common form of medically prescribed usage. There is no doubt that smoking anything causes damage to the lungs, heart, cardiovascular system, and immune system. Compared to smoking tobacco, however, the effects of cannabis are much less damaging to health, and some scientific studies claim that in-taking cannabinoids into the lungs can actually prevent certain diseases like lung cancer from developing.

Nowadays with the production of edible cannabis products and vaporizers which allow one to inhale steamed vapor rather than combusted plant material, these side effect can be easily mitigated if desired.

5. Cannabis Interferes With Memory and Intelligence- As many users of cannabis will testify, the drug causes disruptions in short term memory, leading to stereotypical stoner moments where one seems confused or lost in a conversation or task while high. It is also common for pot-smokers to experience difficulty in accomplishing certain things because of forgetfulness and a lack of mindfulness.

Some scientific studies have also demonstrated that the in the long run cannabis usage can be detrimental to long-term memory and overall intelligence, leading to neuropsycholoigcal decline over the long-term course of cannabis addiction.

6. Black Market Weed Can Contain Dangerous Chemicals – This negative aspect of cannabis is largely related to the failing war on drugs, and since cannabis is not widely legally available, production of it primarily takes place on the black market.

As such, it is not uncommon for growers and distributors to use dangerous chemicals in its production in order to influence the smell, flavor, and the high, and for smugglers of cannabis, there are often chemicals involved in masking its odor or in compacting and compressing its volume. Street herb may contain dangerous levels of fertilizers, perfumes, drying agents, anti-fungal agents, preservatives, even other dangerous drugs like cocaine or PCP, and there are even rumors of chemicals like gasoline being added. In the black market, buyer beware.

7. Cannabis Usage Sabotages the Brain’s Reward Systems – From the vantage point of neuroscience, when the brain is under the influence of cannabis, the thalamus and striatum, two areas of the brain responsible for processing rewards, show decreased volume and impaired function. For the chronic user, this manifests as a need to continually seek reward by using cannabis, finding instant gratification with each toke, but while experiencing a diminished ability to feel other rewards in life.

This is related to the habit-forming aspects of the drug, but unique because it speaks on one’s ability to experience joy in life above and beyond the consumption of the drug. For many chronic users, life seems to plane out without feeling too much variance in the highs or lows of living.

8. Cannabis Inhibits Dreams – This is difficult to validate, but, many former users report that cannabis directly suppresses one’s ability to dream, to dream with clarity, and to remember dreams. The value of dreams is misunderstood in our material society, but ex-users who’ve returned to normal, regular dreaming are often astonished at just how differently the quality and content of their dreams is when not using.

9. Cannabis Can Alter One’s Personality – Usage of cannabis can alter one’s personality in various ways. This may or may not be a bad thing, for example, many of the world’s greatest and most talented musicians have been heavy cannabis users and attribute their level of talent to the enhancing benefits of cannabis. For other people, however, cannabis can bring out other negative traits, such as laziness, and for even occasional users it is common for cannabis to inhibit their out-goingness and willingness to make decisions or calculate the effects of taking risks. Ex-users of cannabis are more likely to be able measure the negative personality changes, but, an honest user is likely to report a feeling of a difference in personality when high.

10. Chronic Usage is Detrimental to One’s Energy Levels and Sex Drive – One of the more subtle effects of chronic cannabis usage is a general overall decline in vital energy. This may be difficult for the user to recognize or acknowledge while under the influence, however, the cessation of cannabis usage can quickly reveal how much extra energy and vitality is available to a non-user. It is common for cannabis users to experience a reduced libido and sex drive while dependent on the drug.

11. Cannabis Alters One’s Perception and Mental Abilities – This point is subjective because this is different for everyone and in some situations, such as playing or listening to music, the change in perceptions is one of the main benefits of the drug. The set and setting of usage is the main factor in declaring this to be a negative aspect, for if the user is driving a car, or attempting to balance a check book, the changes in perception are more likely to be perceived as negative.

The effects of cannabis may be viewed as an expansion of consciousness to a degree, versus a refining of consciousness and one’s awareness. A person becomes more expansively attuned and less oriented to finer details and subtlety. For some people this can inhibit the ability to perform complex or technical tasks that require critical thinking and attention to detail, for others, this is of course, the desired effect.

12. Cannabis Can Dull Down Life – Many long term users who are driven to quit and have become clean will admit that life is much more brilliant and impressive when not regularly using cannabis. This aspect of the drug is difficult for most people to understand as it is somewhat subtle and also very subjective to personal experience. The common thread here is the post-addiction revelation, that time has been lost in one’s life to being in an undefinable haze or fog, and that afterward kicking the habit, experiences seem more clear and memories more bright and lasting.

As with the use of any substance or food, over-consumption is often the critical factor in triggering negative side-effects. For users of cannabis, it is often difficult to curb usage to a degree to where a healthy balance can be maintained.

In the end, cannabis is arguably a safer recreational drug than alcohol, and it’s detrimental effects are far less severe than those of other drugs. Coupled with the developing recognition of the medical benefits of cannabis, it is unreasonable to consider it a dangerous drug on par with other schedule I drugs. This list of cons serves to enlighten people about the potential downsides of this potent plant, while the movement to legalize and accept it gains even more steam.

Alex Pietrowski is an artist and writer concerned with preserving good health and the basic freedom to enjoy a healthy lifestyle.

5 Diseases Proven To Respond Better To Cannabis Than Prescription Drugs