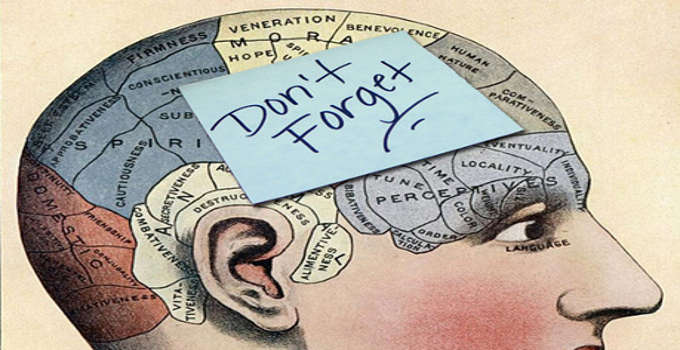 Memory can be a playful thing. It collects minute details from childhood events, yet leaves us wondering where we left our keys.

There are several types of memories, and the brain has a unique way of forgetting each kind. Psychologists have classified various ways by which we forget, and biologists have studied forgetting mechanisms at the cellular level.

They’ve found that forgetting is normal, and actually vital to how the brain works. Here is a look at the strange facts about how people forget things.

In one common but mysterious short-term memory failure, people find themselves in a room, without remembering why they ended up there. Researchers say, in these circumstances, the doorway may be to blame. The very act of walking through a doorway may hint to the brain that a new scene has started and it should store prior memories away, thereby causing strange memory lapses.

“Entering or exiting through a doorway serves as an ‘event boundary’ in the mind, which separates episodes of activity and files them away,” Gabriel Radvansky, a psychologist at the University of Notre Dame, told Live Science in a 2011 interview. “Recalling the decision or activity that was made in a different room is difficult because it has been compartmentalized.”

But still, mental event-boundaries are useful, because they help us organize our mental timelines and remember not just where, but when a particular event happened.

Although rare, certain activities can result in a temporary memory loss and brain fog, called transient global amnesia. For example, sex has been reported to cause this memory problem, with patients forgetting the past day or so, and having difficulty forming new memories.

People with transient global amnesia suffer no serious side effects, and the memory problems usually disappear in a few hours. But it’s not clear how this happens, and brain scans of patients who have had this type of amnesia show no signs of damage to the brain, or signs of stroke.

Memories can live on, even if we can’t access them

Could forgotten songs continue to live on inside our heads, without us knowing?

In a 2013 report of a strange case in the journal Frontiers in Neurology, researchers described a woman who had musical hallucinations of song that she didn’t recognize, but others did.

“To our knowledge, this is the first report of musical hallucinations of non-recognizable songs that were recognized by others in the patient’s environment,” the researchers wrote.

The scientists said the woman had likely known the song at some point, but forgot it. The case raises the question of what happens to forgotten memories, they said, and suggests that memories can be stored in some form in the brain that renders them accessible, and yet unrecognizable.

It is possible that the woman had fragmented preservation of musical memories, with key portions of those memories lost. As a result, she couldn’t recognize those memories, the researchers said.

Brains may be programmed to forget infancy

Our earliest childhood memories fade, and there’s likely a reason for that, researchers say. Most often, people don’t recall any memories from their earliest years of life, usually before age 3 or 4. This is called infantile amnesia.

Scientists previously thought that early memories were there, but children just didn’t have the language skills to verbalize them.

However, recent research shows that children do make memories during their early years, but then forget through deliberate mechanisms. One possible explanation for this is that the developing brain, while growing exponentially and generating cells, wipes out stored memories.

Brain injuries may cause forgetting

It is possible to lose memories before they even have a chance to become stored, due to injuries in the brain’s structures that are specifically involved in handling memory formation, maintenance and recall. Damage to these areas can result in curious forms of amnesia.

In one of the most-studied cases of such amnesia, Patient H.M. lost the ability to form any new memories after a part of his brain, the hippocampus, was removed during a surgery to treat his epilepsy.

Another famous case records the story of Patient E.P., who had a similar fate after he hadinflammation of the brain caused by a virus.