Home » What If Every Country of the World Was Doing Something Huge For Its Students, as Chile Does! 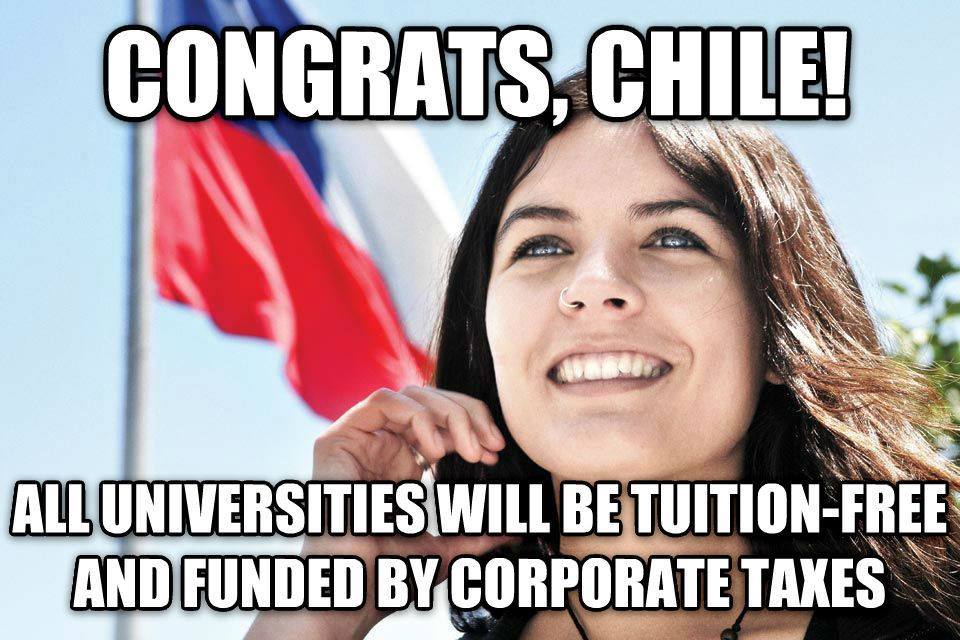 Imagine if the US Congress agreed to make higher education tuition-free and funded it by increasing taxes on corporations. Pure fantasy, right? Well the government of Chile is doing just that.

Chilean President Michelle Bachelet has made overhauling the nation’s education system a key goal of her administration.

“In March 2016 we will start with free higher education now that we have the resources,” said Rodrigo Peñailillo, Chile’s Minister of Interior in early December following approval of a corporate tax hike that will generate $8.2 billion in new revenue.

Chile’s economy looks impressive on paper, boasting the third highest per capita GDPin Latin America, but Chile also has the highest inequality in the 34-member Organization for Economic Cooperation and Development (OECD).

Nowhere is this disparity more apparent than in its schools.

From high school through college, Chile’s education system is the most expensive in the world. This is a legacy of Chilean dictator Augusto Pinochet, whose reforms dismantled public education and replaced it with a market model that privatized many institutions.

As a result, students can not afford to graduate, and even those who attain degrees seldom earn enough to pay off their debt. Apart from a few elite, selective schools, outcomes are dismal. Chile’s primary school system ranks 119th of 144 countries. Its higher-education system ranks 91st overall and 117th in math and science.

The reason families pay so much out of pocket is simple: Chile’s schools receive the least public funding of any of the 34 OECD member nations, according to a report from 2011.

So how did things change?

Chile’s new direction wasn’t conceived by politicians in government offices. It started with students in the streets. Demonstrations began in 2006 during the Penguin Revolution, so named because of the black and white uniforms worn by students declaring that “education is a human right.” Students achieved minor tangible victories, but their ultimate goal of free education remained elusive. 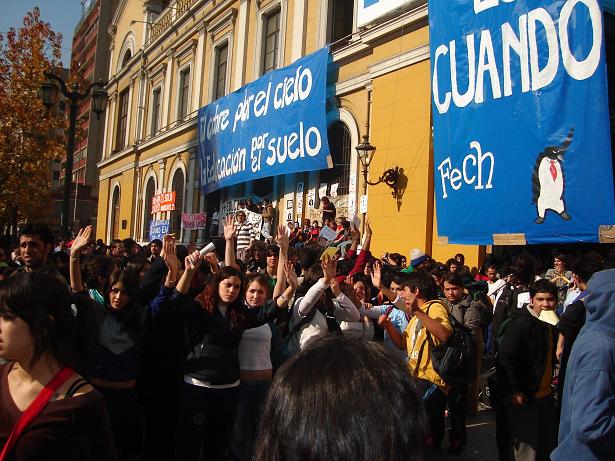 Protests erupted again in May 2011 with an eight-month long occupation of college campuses. This escalated into a sustained, three-year nationwide movement. At its peak, 800,000 students flooded the streets and enjoyed support from 81% of the population.

Finally, Chile’s 30-year experiment with free-market education came to a close a couple weeks ago when its Congress passed a landmark law ending profits at state-subsidized schools. 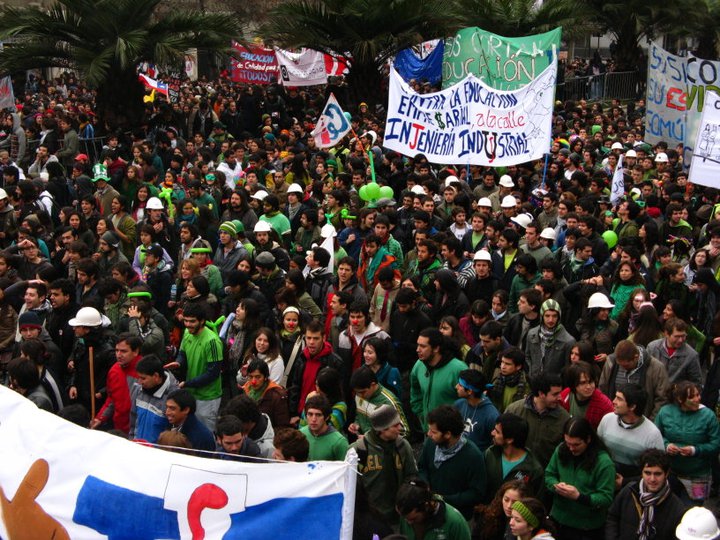 The struggles of Chilean students are not so distant from the obstacles facing students in the US.

But whereas Chileans responded with nationwide demonstrations, lasting years, protests against student debt in the US have been local and sporadic. (aside from Occupy Wall Street’s efforts in 2011.) Several of Chile’s student leaders now serve in Chile’s Congress whereas the US Congress is mainly composed of older millionaires, many of whom receive campaign funds from for-profit schools like the University of Phoenix.

Students in the US can learn from their counterparts in Chile by refusing to get discouraged by crippling debt and their Congress’ ineffectiveness — and instead focus on a moral vision: education is a human right.