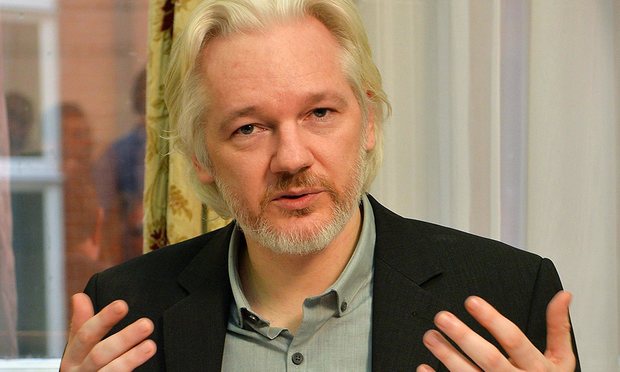 The Department of Justice and the FBI are pursuing a ‘multi-subject long-term’ investigation of the open-information website, court documents reveal.

The US government is conducting an active, long-term criminal investigation intoWikiLeaks, a federal judge has confirmed in court documents.

Five years after Julian Assange and his team began publishing the massive dump of US state secrets leaked by an army intelligence analyst, two wings of the Department of Justice and the FBI remain engaged in a criminal investigation of the open-information website that is of a “long-term duration”, “multi-subject” in nature and that “remains in the investigative state”.

The disclosure was made in the course of a ruling from the US district court for the District of Columbia, the jurisdiction of which covers federal agencies, and underlines the Obama administration’s dogged pursuit of WikiLeaks and its unprecedentedly aggressive legal campaign against official whistleblowers.

Judge Barbara Rothstein records that she had considered evidence from both the Justice Department’s criminal and national security divisions, as well as from theFBI – and that the government included seven declarations, three of them delivered to her in secret. At the end of her deliberations, the judge reached the conclusion that “this court is persuaded that there is an ongoing criminal investigation”.

Rothstein added that federal agencies had told the court that their inquiry into WikiLeaks was “separate and distinct” from the prosecution of the army soldier who leaked the vast database of secrets, Chelsea Manning. She was convicted under the Espionage Act and sentenced in August 2013 to 35 years in military custody.

WikiLeaks’s lawyer, Michael Ratner, said the disclosure was significant because, coming from such a high court, it left no doubt about the US government’s intentions.

“We are talking about a serious, multi-subject long-term investigation of WikiLeaks and its people,” Ratner said. “This confirms in spades that the US authorities are coming after WikiLeaks and want to close it down.”

The court ruling arrived in response to a freedom of information request from the Electronic Privacy Information Center (Epic). About a year after the Manning leaks, Epic requested from the DoJ and FBI all records regarding any individuals who had been targeted for surveillance “for support for or interest in WikiLeaks”.

In her ruling, the judge ordered the national security division of the DoJ to redouble its search of its files for documents that might fit the freedom of information request. But she sided with the federal agencies in granting them an exemption to the rules, so that they did not have to hand over any material to Epic – on grounds that doing so might interfere with their law enforcement activities.

The FBI and criminal division argued before the court that the release of their files “would allow targets of the investigation to evade law enforcement”. Rothstein agreed that “the government’s declarations, especially when viewed in light of the appropriate deference to the executive on issues of national security, may satisfy this burden.”

Assange, the WikiLeaks editor-in-chief who is currently living in the embassy of Ecuador in London after being granted asylum there, poured scorn on the judge’s reference to “appropriate deference to the executive”.

“My God, I know I am an Australian, but that doesn’t mean that WikiLeaks deserves a kangaroo court,” Assange told the Guardian.

Some aspects of the FBI’s investigation into WikiLeaks have already become public. In January 2011 it was revealed that the US government had ordered Twitter to hand over private messages from a then WikiLeaks volunteer, the Icelandic member of parliament Birgitta Jónsdóttir.

Earlier this year, it emerged that a similar demand for information had been imposed on Google relating to three WikiLeaks staffers, including the British citizen Sarah Harrison.

The Obama administration has launched eight prosecutions under the 1917 Espionage Act – more than under all previous US presidencies combined. John Kiriakou, a former CIA officer, was released from federal prison last month after almost two years behind bars for disclosing the identity of another covert operative; in January, Jeffrey Sterling was convicted under the act of leaking information to a New York Times journalist relating to a secret CIA operation in Iran.