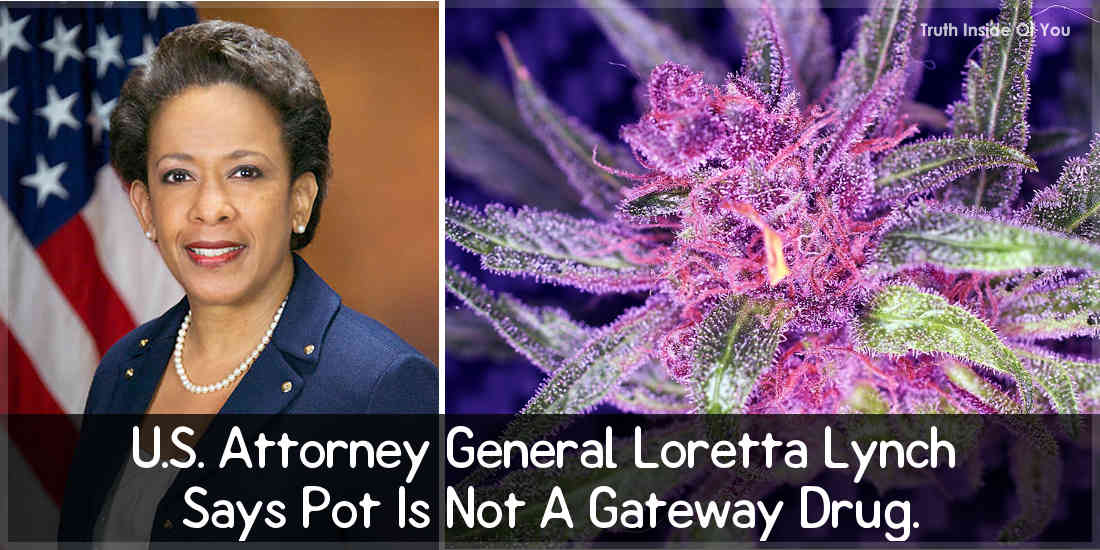 The US Attorney General has told kids at a Kentucky high school that marijuana is NOT the gateway drug it’s been touted as.

Instead, she says that prescription drugs are a more likely cause of kids being introduced to opioids, which can lead to worse drugs like heroin.

It’s no secret that doctors are signature happy when it comes to prescribing drugs. While it is always good intentioned, it can lead to kids using these drugs simply because they are so readily available. All they have to do is open the medicine cabinet at home.

The ‘Gateway Drug’ is alcohol, not marijuana (New Study)

According to the Attorney General, marijuana simply isn’t a gateway drug and the only link they have is that those who experiment more readily may be more inclined to try a range of drugs.

“In so many cases, it isn’t trafficking rings that introduce a person to opioids,” she said. “It’s the household medicine cabinet. Something you can have prescribed to you in good faith by a doctor. That’s the source.”

This is an important announcement for the legalization movement. Several members of the administration have also admitted that the side effects of pot may be over exaggerated.

In the US, overdose have rose by over 100 percent between 2000 and 2014. Clearly we have to look at why the medical industry are so willing to prescribe drugs. We cannot simply blame the hemp plant as there are larger forces at play here.