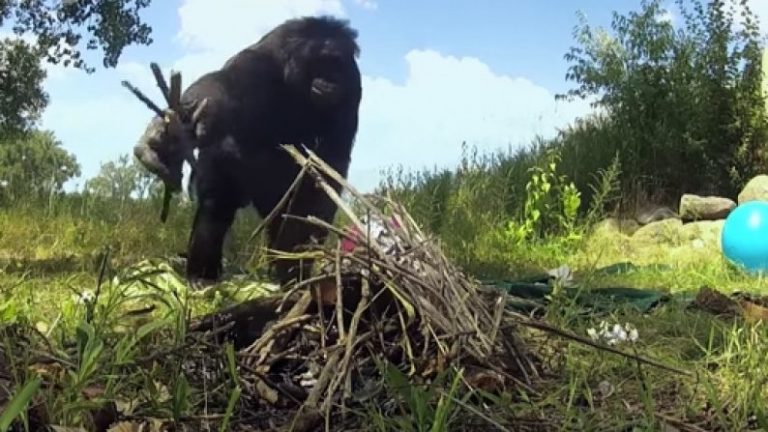 A bonobo monkey has learned how to start fires, cook his own food, put them out, and much, much more…

Only recently was it affirmed that other species besides mankind have entered the stone age. This fascinating finding, initially reported by the BBC, has done much to dissuade the notion that humans are the noblest and likely the most intelligent creatures on the planet.

If a group of macaques in Thailand have been living in the stone age for the past 50 years, what other evolutionary changes are taking place around the planet? If monkeys are learning to use tools and cook their own food, is the next step for mankind an evolution of consciousness?

While no definite answers can yet be given, it seems clear that we as humans think we know about the bounds of intelligence and hierarchy on the planet is constantly changing. One need only read about an impressive ape named Kanzi (below) to be persuaded of this theory. 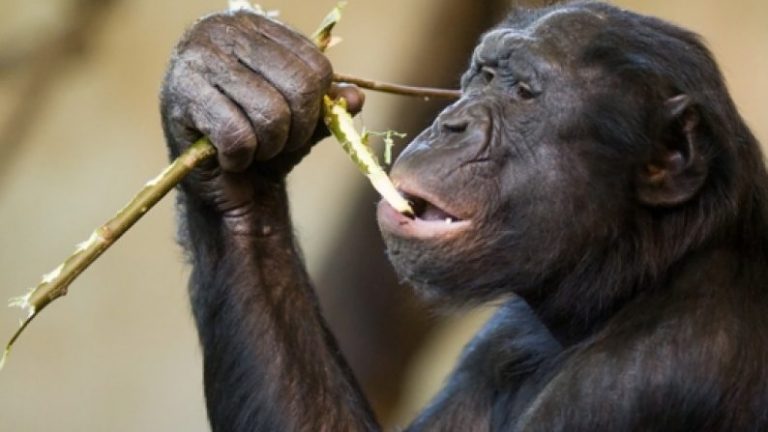 The bonobo, which is a cousin to the chimpanzee, is thirty-five years old and was born in captivity. A resident of the Ape Cognition and Conservation Initiative in Des Moines, Iowa, Kanzi often partakes in various behavioral studies so researchers can improve their knowledge about great apes and improve the conservation projects which exist to protect them.

According to MaxAnimal, Kanzi has mastered a number of impressive skills, most notably being able to start a fire (and douse it when he’s done – safety first!) and cook his own food. Supplied with marshmallows, he will gather twigs, light the fire, and then roast them before savoring their gooey flesh. He’s also been seen roasting hamburgers on a pan over the fire. 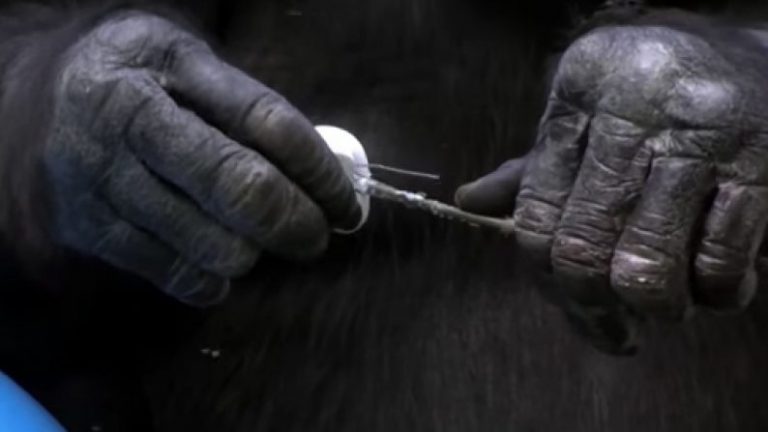 “Kanzi makes fire because he wants to. He used to watch the film Quest For Fire when he was very young which was about early man struggling to control fire. He watched it spellbound over and over hundreds of times.”

Some other skills he has acquired include understanding 3,000 English words, pointing to lexigrams (or symbols), and using 500 words to communicate with humans. Though his mother was once the focus of study, she never picked up the skills like Kanzi did. 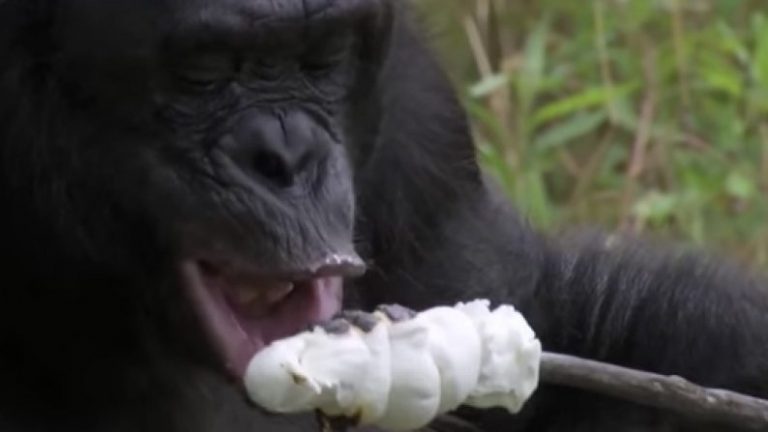 Undoubtedly, Kanzi would not be as skilled as he is today if he had not been raised in captivity and taught to start fires, cook his own food, and communicate in the English language. Regardless, his ability to do so is intriguing because it confirms that apes’ intelligence may extend beyond what humans previously thought.