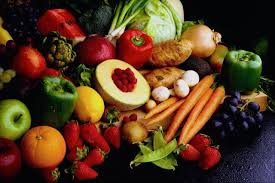 The benefits of eating organic food go straight to the farm, where no pesticides and chemical fertilizers are used to grow the organic produce shipped to grocers. That means workers and farm neighbors aren’t exposed to potentially harmful chemicals, it means less fossil fuel converted into fertilizers and it means healthier soil that should sustain crops for generations to come.

For individuals, organic food also has benefits. Eating organic means avoiding the pesticide residue left on foods, and it may even mean more nutritious varietals, though research into that subject has yielded mixed results. While there are few if any proven health impacts from consuming trace quantities of pesticides on foods, a growing number of people take the precaution of avoiding exposure just in case, particularly in the cases of pregnant women (growing babies are exposed to most of the chemicals that mom consume) and the parents of young children.

But organic food can cost more, meaning many families are loathe to shell out the extra cash for organic produce on every shopping trip. That’s what makes the Environmental Working Group’s annual list of the dirty dozen foods so useful. The group analyzes Department of Agriculture data about pesticide residue and ranks foods based on how much or little pesticide residue they have. The group has estimated that individuals can reduce their exposure by 80% if they switch to organic when buying these 12 foods.

The USDA and farm and food industry representatives are quick to remind consumers that the government sets allowable pesticide residue limits it deems safe, and the produce for sale in your grocery store should meet those standards. Watchdogs like Environmental Working Group see those limits as too liberal, and see the dirty dozen list as a teaching tool to educate consumers about the benefits of organic food.

Even Environmental Working Group says that the benefits of eating fresh fruits and vegetables outweighs the known risks of consuming pesticide residue. At TheDailyGreen.com, we always favor educating consumers so that we can make the decision for ourselves.

Note: Each annual dirty dozen list reflects testing data from the previous year’s harvest, and because some pesticide use is dependent on weather conditions that vary by farm, it may not reflect the pesticide residue on produce in your grocery store. That’s why we include not only those fruits and vegetables on Environmental Working Group’s current list, but produce that has made the list in the past, as well as information about pesticides used to produce meat, dairy and some other favorite foods that aren’t on Environmental Working Group’s latest dirty dozen list. In general, tree fruits, berries, leafy greens dominate the list year after year. Since the USDA tests produce after a typical household preparation, fruits and vegetables with thick skins that are removed before eating (melons, avocado, corn, etc.) tend to have the lowest amounts of pesticide residue. If you don’t see a favorite food here, check Whats On My Food, a project of the Pesticide Action Network that makes the same USDA pesticide residue testing data available in an easy-to-use database.