Home » The Many Benefits Of Coconut Oil.

If you haven’t noticed lately, the western world is on a bit of a coconut oil kick. It’s in all the popular blogs—from nutrition to hair care—and it’s no longer difficult to find a few different varieties of the oil in normal grocery stores. This is a good thing. Coconut oil should have never been demonized, as it was, and deserves a top spot in the natural health world.

Several decades ago, coconut oil was vilified. It was made to look like the “bad guy” in comparison with its competitors from the corn and soy industries. They were successful in their campaign to squash the coconut oil competition by highlighting it’s saturated fat content and tying that to heart disease. Now, however, coconut oil and its medium chain triglycerides (saturated fats) are back on top and being recognized for numerous health benefits.

The health benefits of coconut oil are amazing; the oil possesses antimicrobial, antifungal, anti-bacterial, and antioxidant properties. The lauric, capric and caprylic acids within the oil are credited with many of these benefits. It’s the lauric acid, for instance, that is converted into monolaurin which in in turn fights the bugs associated with herpes, giardia, listeria, influenza, and even HIV.

Coconut oil benefits truly are many, and it doesn’t take much. Just a tablespoon or so a day could make significant differences in your health. Coconut oil for Alzheimer’s and dementia has been proven especially beneficial. 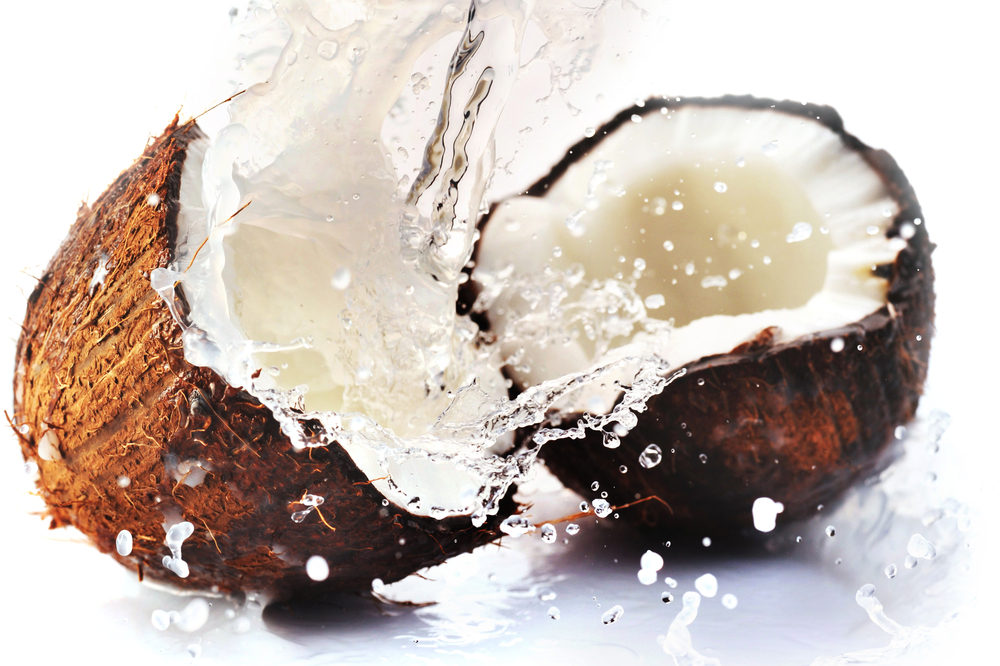 Topically, coconut oil can be used on the skin and hair. For your skin, it’s great for soothing dryness and even irritation from rashes. It is also good for fighting wrinkles and signs of aging. Common skin disorders like psoriasis and eczema can be taken care of, along with simple chores like removing eye makeup without the use of chemicals.

Used on your hair, coconut oil can increase shine and reduce static electricity. It can also be used as a scalp massage to eliminate flaking and itchy dry scalp.

Most people use coconut internally. And it’s here we see the majority of its benefits. Potential internal benefits of coconut oil include:

Best of all, coconut oil is easy to add to your daily regimen. Use it in sautéing vegetables, raw in smoothies and juices, and in your baking and cooking. It’s flavor goes well with sweeter dishes but can temper a spicy dish just as well.

Coconut oil has many amazing benefits, and if I listed them all it would take a long time. For weight loss it raises metabolism up to 30% and it decreases insulin resistance. The beneficial impact on the insulin resistance issue is hinted to in a recent published study.

This study looked at 40 women with abdominal obesity. The study compared a supplement of soybean oil (that’s the oil used in most processed foods) and compared it to coconut oil. Both groups lost weight but the soybean oil group had a reduction in their good cholesterol (that’s the HDL cholesterol) and no change in the size of their belly (ameasure of abdominal fat). The coconut oil group lost weight, lost inches around the abdomen and increased their HDL levels.

This shows that coconut oil, as opposed to soybean oil, helps break the vicious cycle of insulin resistance which strongly correlates to abdominal fat. In insulin resistance, insulin receptors on muscle cells don’t function so that glucose cannot enter the cell. This causes fatigue from lack of an energy source. To compensate, the pancreas increases insulin. Insulin also signals for the body to store fat and unfortunately, the action of insulin works fine here; so it’s like being stuck between a rock and a hard place. The vicious cycle is fatigue and hunger that results in eating more, that results storing fat in the abdomen which manufactures inflammatory cytokines which in turn cause more insulin resistance. So something as simple as adding a daily tablespoon of traditionally processed virgin, organic coconut oil can help you lose weight without any other changes in diet or exercise. This has been documented in other studies and I have seen it in my practice.

Rather than using research and experience we could also use common sense. Which would likely be healthier? Oil extracted from a traditional human food using ancient methods that have been used for generations or a chemical, heat and pressure technique in a factory to squeeze oil out of a soy bean or a cotton seed which are not even traditional human foods. Even worse, both soy and cotton have likely had their genes tampered with (genetically modified). Don’t expect mainstream nutritionists or government backed recommendations to tell you about the benefits of coconut oil. Soy and cotton are two of the biggest crops in commodity-based agriculture and their lobby will keep the oil flowing into junk food and your food and perpetuate the lie that it is healthy. You should look at these processed oils as poisons and try to avoid them. If you want to reduce your risk of obesity, diabetes, infectious diseases, parasites, cancer, osteoporosis, Alzheimer’s disease, cardiovascular disease and many other health problems—start the healthy coconut oil habit today.