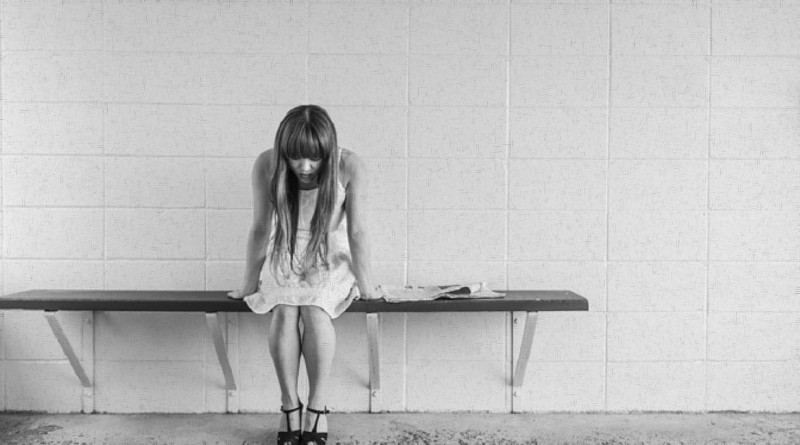 There’s no doubt that both of these mental health conditions are at epidemic proportions, but the unanswered question remains why? Oftentimes you hear about depression or anxiety running in families, which leads to an assumption that your genetics may be to blame. Another popular theory is that depression is due to some sort of ‘chemical imbalance‘ in your brain (more on this later). But the truth is, in most cases no one really knows why some people are depressed or anxious while others are not. Most likely there are multiple factors at play, and among them — and perhaps most important — could in fact be your life experiences, and particularly your experience of traumatic events.

A recent study set out to determine what role familial risk, social circumstances and life events have on mental health, using surveys completed by nearly 33,000 people as their key form of data.[3] They revealed that the single biggest determinant of chronic anxiety and depression was traumatic life events, followed by to a lesser extent, family history of mental illness, income and education levels, relationship status and other social factors. According to the study’s lead author:

Whilst we know that a person’s genetics and life circumstances contribute to mental health problems, the results showed that traumatic life events are the main reason people suffer from anxiety and depression.

However, the way a person thinks about, and deals with, stressful events is as much an indicator of the level of stress and anxiety they feel.

Whilst we can’t change a person’s family history or their life experiences, it is possible to help a person to change the way they think and to teach them positive coping strategies that can mitigate and reduce stress levels.[4]

This is key, as it means that you are not powerless against depression and anxiety. Rather, it’s possible to modify the way you think about traumatic life events in order to minimize their impact on your mental health. Antidepressant drugs, of course, will do nothing to help in this regard.

Brain Derived Neurotrophic Factor (BDNF), is a key growth hormone that promotes healthy brain neurons and plays a vital role in memory. BDNF levels are critically low in people with clinical depression, which animal models suggest may actually be a primary contributing cause.

Now researchers have determined that an alteration known as a single nucleotide polymorphism (SNP) in the BDNF gene may further contribute to the risk of anxiety, depression and memory loss. All it takes is for one ‘letter’ of BDNF’s genetic code to be ‘misspelled’ for the alteration to occur. The SNP alteration not only decreases BDNF in neurons but also generates a protein (called Met66) that is different from the one produced by people without the alteration.

About 20 percent of the US population is thought to have the BDNF SNP that produces the Met66 protein, which, in turn, has been found to induce shrinking of neurons in the hippocampus, in areas of the brain important for memory and emotions. The shrinkage would reduce the connectivity between brain cells.

One of the study’s researchers noted:[5]

“There can be a heritable component to these diseases and it makes sense that a common variant in a gene could be involved … Just like hypertension contributes to the risk for heart disease, the BDNF alteration increases the risk of depression, anxiety and memory disorders — but is not the sole reason why they occur.”

The researchers are currently looking to develop drugs that would target Met66 or block the proteins it binds to in people with the BDNF SNP alteration. However, it would be interesting to see how natural methods that promote optimal genetic expression would work instead. Growing evidence indicates that both fasting and exercise trigger the expression of genes and growth factors that recycle and rejuvenate your brain tissues. These growth factors include BDNF, which is known to be released in response to the stress of exercise. BDNF activates brain stem cells to differentiate into new neurons, while also triggering numerous other chemicals that promote neural health. Perhaps it is no coincidence, then, that exercise is also one of the best-known treatments for depression.

What About Chemical Imbalances?

As a physician, I have treated many thousands of depressed patients. Depression was actually one of my primary concerns in the mid-80s when I first started practicing. However, at that time my typical treatment tool was using antidepressants alone. I put thousands of people on these drugs and acquired a fair level of experience in this area.

Thankfully, I learned more methods of treatment and was able to pretty much stop drugs. It was my experience that the chemical imbalance theory was merely a massive marketing gimmick to support the use of expensive and toxic antidepressants.

Most of you have probably heard that depression is primarily due to a “chemical imbalance in your brain,” which these drugs are designed to correct. Unfortunately this is not a scientific statement. So where did it come from?

The low serotonin theory arose because they understood how the drugs acted on the brain; it was a hypothesis that tried to explain how the drug might be fixing something. However, that hypothesis didn’t hold up to further investigation. Investigations were done to see whether or not depressed people actually had lower serotonin levels, and in 1983 the National Institute of Mental Health (NIMH) concluded:

“There is no evidence that there is anything wrong in the serotonergic system of depressed patients.”

The serotonin theory is simply not a scientific statement. It’s a botched theory — a hypothesis that was proven incorrect. The fact that this fallacy continues to thrive is likely harming the health of millions more than it’s helping, because if you take an SSRI antidepressant drug that blocks the normal reuptake of serotonin, you end up with the very physiological problem the drug is designed to treat – low serotonin levels – which, ironically, is the state hypothesized to bring on depression in the first place.

In 1996, neuroscientist Steven Hyman, who was head of the NIMH at the time, and is today president of the society for Neuroscience, published the paper Initiation and Adaptation: A Paradigm for Understanding Psychotropic Drugs,[6] in which he explains this chain of events. According to Dr. Hyman, once your brain has undergone a series of compensatory adaptations to the drug, your brain operates in a manner that is “both qualitatively and quantitatively different than normal.”

How to Reprogram Your Thinking About Traumatic Events

Getting back to the original study that found traumatic life events are the major determining factor in depression and anxiety – but that the way you think about them is an equally strong determining factor, let’s discuss how you can overcome such an emotional hurdle. The Emotional Freedom Techniques (EFT) is a form of psychological acupressure based on the same energy meridians used in traditional acupuncture to treat physical and emotional ailments for over 5,000 years, but without the invasiveness of needles.

Instead, simple tapping with the fingertips is used to transfer kinetic energy onto specific meridians on your head and chest while you think about your specific problem — whether it is a traumatic event, an addiction, pain, anxiety, etc. — and voice positive affirmations. This combination of tapping the energy meridians and voicing positive affirmation works to clear the “short-circuit”—the emotional block—from your body’s bioenergy system, thus restoring your mind and body’s balance, which is essential for optimal health and the healing of physical and mental disease.

Some people are initially wary of these principles that EFT is based on — the electromagnetic energy that flows through the body and regulates our health is only recently becoming recognized by western medicine. Others are initially taken aback by (and sometimes amused by) the EFT tapping and affirmation methodology.

But believe me when I say that, more than any traditional or alternative method I have used or researched, energy psychology (EFT being one type) has the most potential to literally work magic in this area. Clinical trials have shown that EFT is able to rapidly reduce the emotional impact of memories and incidents that trigger emotional distress. Once the distress is reduced or removed, the body can often rebalance itself, and accelerate healing.

In the video below, EFT practitioner Julie Schiffman shows how you can use EFT to even get rid of panic attacks.

The Gut Connection to Anxiety and Depression

Another factor worth mentioning is that unhealthy gut flora can impact your mental health, leading to issues such as anxiety, depression, autism and more. Research has found, for instance, that the probiotic Lactobacillus rhamnosus had a marked effect on GABA [an inhibitory neurotransmitter that is significantly involved in regulating many physiological and psychological processes] levels in certain brain regions and lowered the stress-induced hormone corticosterone, resulting in reduced anxiety- and depression-related behavior.[7]

Interestingly, just as you have neurons in your brain, you also have neurons in your gut, including neurons that produce neurotransmitters like serotonin, which is also found in your brain. In fact, the greatest concentration of serotonin, which is involved in mood control, is found in your intestines, not your brain! (Perhaps this is another reason why antidepressants, which raise serotonin levels in your brain, are often ineffective in treating depression, whereas proper dietary changes often help.) This is where dietary changes such as reducing sugar intake and increasing your intake of probiotic-rich fermented foods can be invaluable for mood support.

There’s no doubt in my mind that addressing traumatic life events is a crucial step to prevent and/or address depression and anxiety. That said, here are six additional strategies that can help you even further:

If you have been personally affected by depression or anxiety my heart goes out to you. A broken body can be easier to fix than a broken mind. Depression and anxiety are real. It is my hope that you will be encouraged and inspired by the information in this article to help those who are struggling.