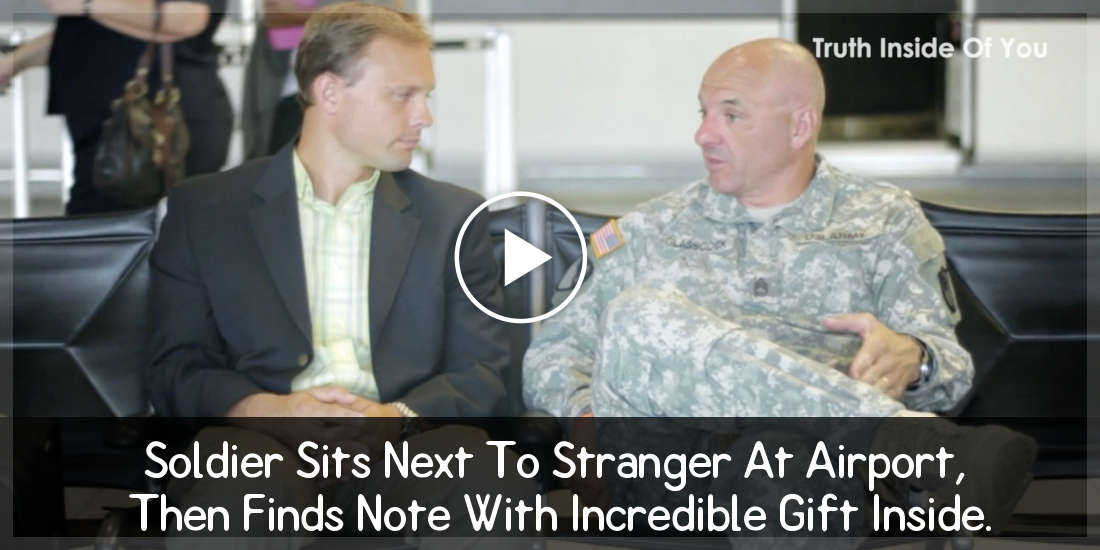 Mr. Glascott knew that being involved in the military is not easy, but he was prepared for the sacrifices he needed to make for his country.

You work all the time and have to spend many days and months away from your family. In fact, according to Mr. Glascott, he recently had to spend seven and half long months away from his family, which was what he described as an “unendurable amount of time”.

Before The Election Results, Ellen Gives A “Message of Hope” For The People Of America.

Luckily, Glascott managed to get a leave of absence from his work in Iraq. He decided to take this time off to celebrate his little boy Zachary turning 9 years old.

As he was in transit on his way home in Atlanta, Glascott sat next to a person he didn’t know. The stranger spoke to Glascott as he knew he worked in the army as a result of his uniform.

They spoke about how excited Glascott was about seeing family, explaining that he was going to the The Great Wolf Lodge to celebrate his son’s birthday. They had a long conversation and even exchanged contact details.

Woman’s Stolen Car Returned With Gas Money And This Note In It.

But when Glascott arrived at the place he met his family, he found a note from the stranger that completely shocked him. Check out the video below to see what it was: