At five feet six and a hundred and ten pounds, Queenie Volupides was a sight to be hold and to clasp. When she tore out of the house after a tiff with her husband, Arthur, she went to the country club where there was a party going on.

She left the club shortly before one in the morning and invited a few friends to follow her home and have one more drink. They got to the Volupides house about ten minutes after Queenie, who met them at the door and said, “Something terrible happened. Arthur slipped and fell on the stairs. He was coming down for another drink — he still had the glass in his hand — and I think he’s dead. Oh, my God — what shall I do?”

The autopsy conducted later concluded that Arthur had died from a wound on the head and confirmed that he’d been drunk. 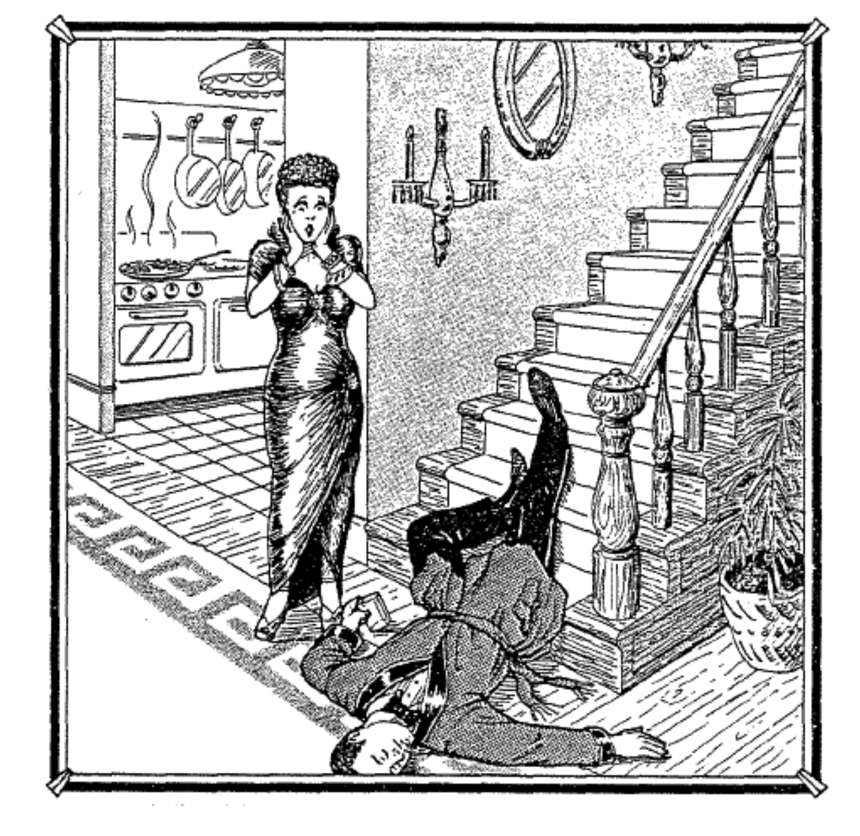 You must determine what may have happened. You can either agree or disagree with Queenie’s version.