As society advances further and life becomes more convenient, people also become more materialistic and consumerist to match the trends. At the same time, we are now opposing materialism and it looks like younger generations are actually not very materialistic. However, this doesn’t change the fact that studies have proved that the world, in general, is more materialistic than ever.

To solve this problem, parents need to raise today’s children in such a way that materialism doesn’t mean more than happiness to them. They shouldn’t dedicate their lives to accumulating wealth so that they can spend extravagantly.

Here’s how you as a concerned parent can raise a non-materialistic child:

How To Raise Your Children Away From The Lure Of Materialism

When you believe that worldly goods take precedence over spirituality and morality that is when you have bought into materialism. Believers of this ideology think that only material possessions can make them happy. But that feeling is fleeting before they know it.

This leads them on an endless search to fill the absence of happiness within them but that void will remain with them for all of their lives. Obviously, no parent will wish for their children to go through all this pain. A new study has been released which reveals the changes we need to make to let go of this ideology.

Young people between the ages of eleven and seventeen were made to go through a series of tests which would show how much they valued worldly goods and whether they valued what they already owned.

The results revealed that there was a visible link between gratitude and a lack of interest in material wealth. The subjects who were the most thankful were the ones not leaning towards materialism.

Teaching Children To Be Thankful 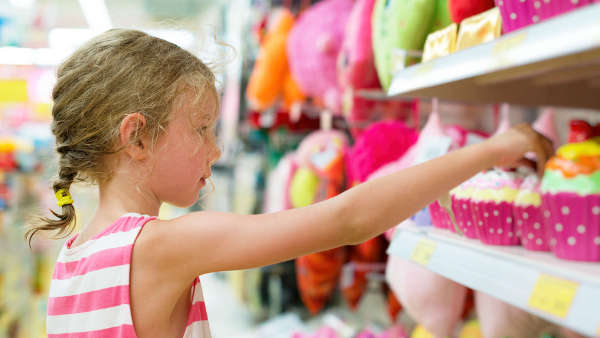 To be thankful is to appreciate the things life blessed you with. It is in direct contrast to the way we think when we’re materialistic because then we’ll be content with the things we already have rather than being unhappy because we feel we don’t have enough.

So what makes children thankful? This isn’t a difficult question to answer. All you need to do is constantly remind them to be always thankful and express their gratitude.

This seems like a very easy thing to do but the way it changes your perception will affect you for the rest of your life!