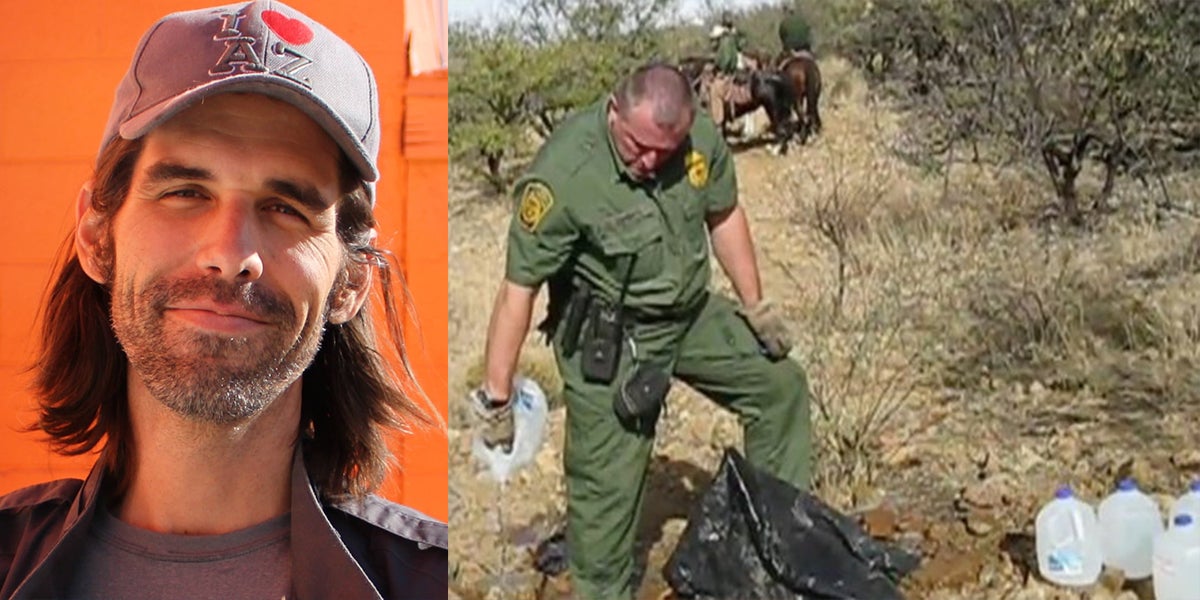 A college professor leaves out food, water for migrants, and provides them with a place to sleep. In a gross miscarriage of justice, the professor now faces up to 20 years in prison for his humanitarian efforts.

Scott Warren, the ‘criminal’ in question was captured by the Border Patrol who charged him with several cases. They include two counts of harboring illegal aliens, and one count of conspiring to transport and harbor said, illegal aliens. These are federal offenses that can count up to twenty years behind bars.

It comes as no surprise that Warren was arrested mere hours after his organization criticized the Border Patrol. The outreach program that Warren is a part of, calls for the ethical treatment of immigrants and usually leaves water and food for them.

The organization called ‘No More Deaths’ brought out a report last year that stated that around 4000 gallons of water were wasted by the Border Patrol over a course of 4 years. In a shocking video, the Border Patrol officers were seen kicking vessels of water.

After the press release, Warren was arrested when he was providing water and food to a couple of migrants in a safe house called ‘The Barn’. Apparently, Border Patrol had that house under their radar for quite some time, and all that press release served was in igniting the trail.

Bill Walker, Warren’s attorney simply turned the plot on its head, by asking if Warren’s only crime was to help people survive. In another press conference, he was found mentioning that the place where Warren had found the migrants was Ajo- not any secret place. Warren wasn’t bringing them in the States themselves but was simply providing food and medical care.
The Intercept also reported last year that the Border Patrol was working to build a case towards this organization, and also posted screenshots of the text between the agents that took part in the raids.

Incidentally, Warren is not the only person who has been brought up on such charges, as The Intercept claims. 8 other individuals, all from the same organization have got into a bit of a bother with the Border Patrol Agents before.

When spoken about the number of casualties crossing the border, the final estimate is always clouded. Although USA Today considers the number at 7,209 in the last two years, even a blind, old man would know that the number is way, way higher.

The reason behind such duplicity is because the federal authorities ‘fail’ to bring into account the number of border immigrants whose remains have been found out by local authorities, and even said authorities are hopelessly inept when it comes to maintaining correct data.

Or maybe, the duplicity is intended.