Once upon a time there existed a temple in India which housed three identical idols which spoke to the devotees.

The pilgrims come from all parts of the world to get their questions answered by the Gods. But there was a problem. As the idols were indistinguishable, devotees were not sure from which idol to ask their questions and in turn they did not know which God has answered and whether to believe it or not.

Once a wise man visited the temple. He asked the question: “Which God is seated at the centre?” to all the three idols.

The idol on the left, centre and right replied God of Truth, God of Diplomacy and God of Falsehood respectively.

The wise man at once proclaimed that he had solved the mystery of the temple. 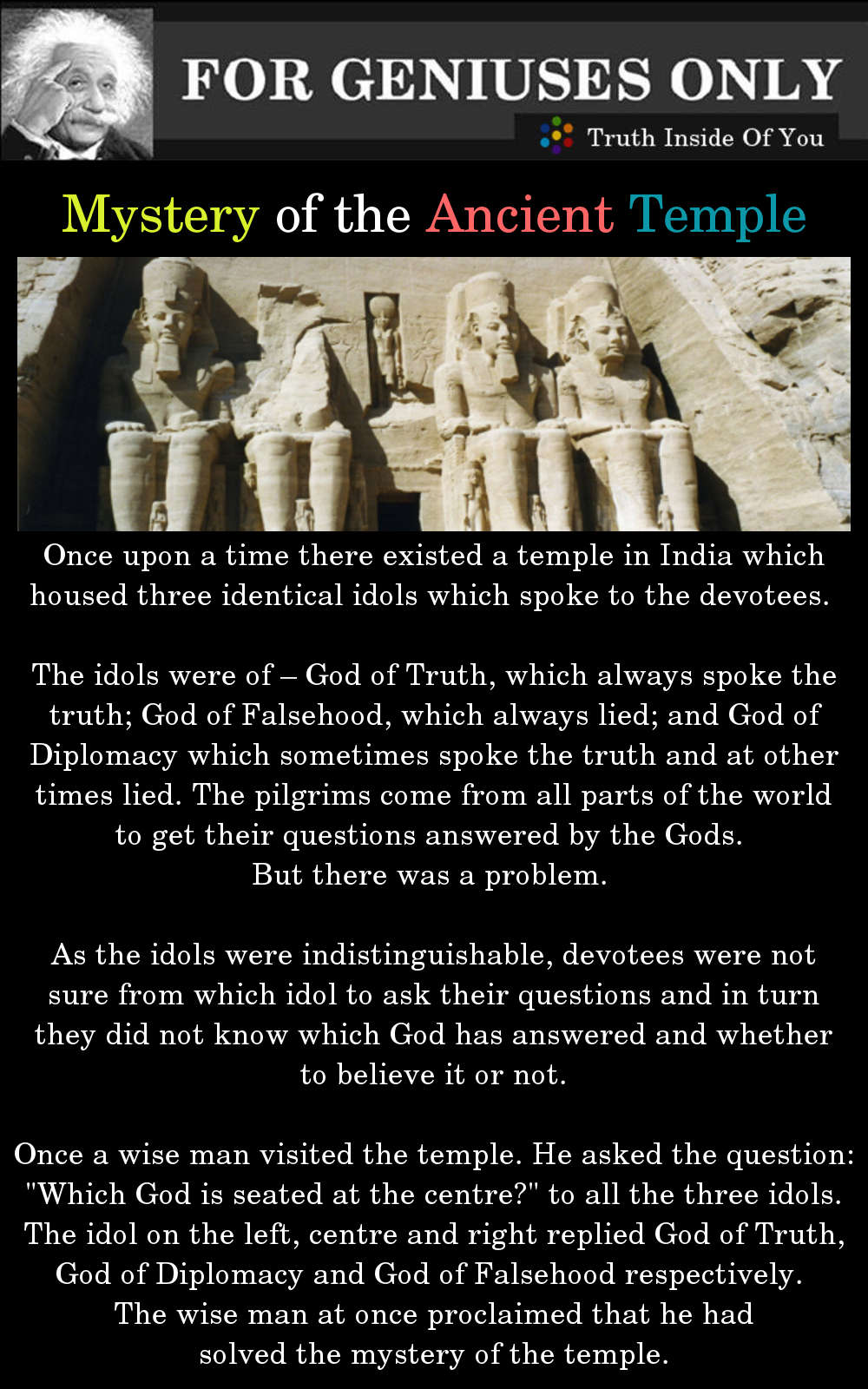