Home » Riddle: Guess The Victim And The Murderer’s Name

There are 5 men. These are the clues you’ve got:

1. One of them shot and killed one of the other 5.

2. Dan ran in the New York City Marathon yesterday with one of the innocent men.

3. Mike considered being a farmer before he moved to the city.

4. Jeff is a top-notch computer consultant and wants to install Ben’s new computer next week.

5. The murderer had his leg amputated last month.

6. Ben met Jack for the first time 6 months ago.

7. Jack has been in seclusion since the crime.

9. Ben and Jeff built their last computers together.

10. The murderer is Jack’s brother. They grew up together in Seattle. 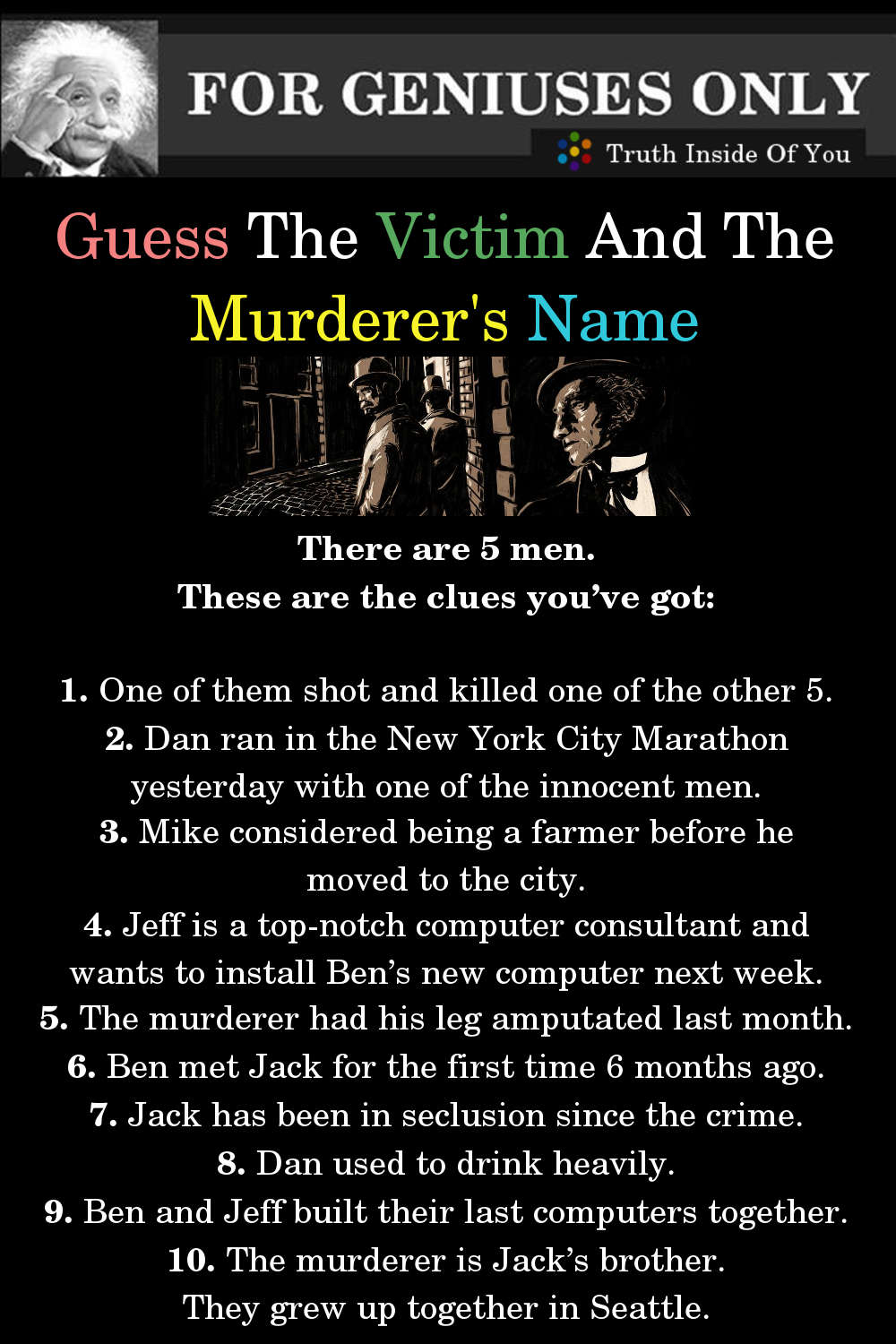