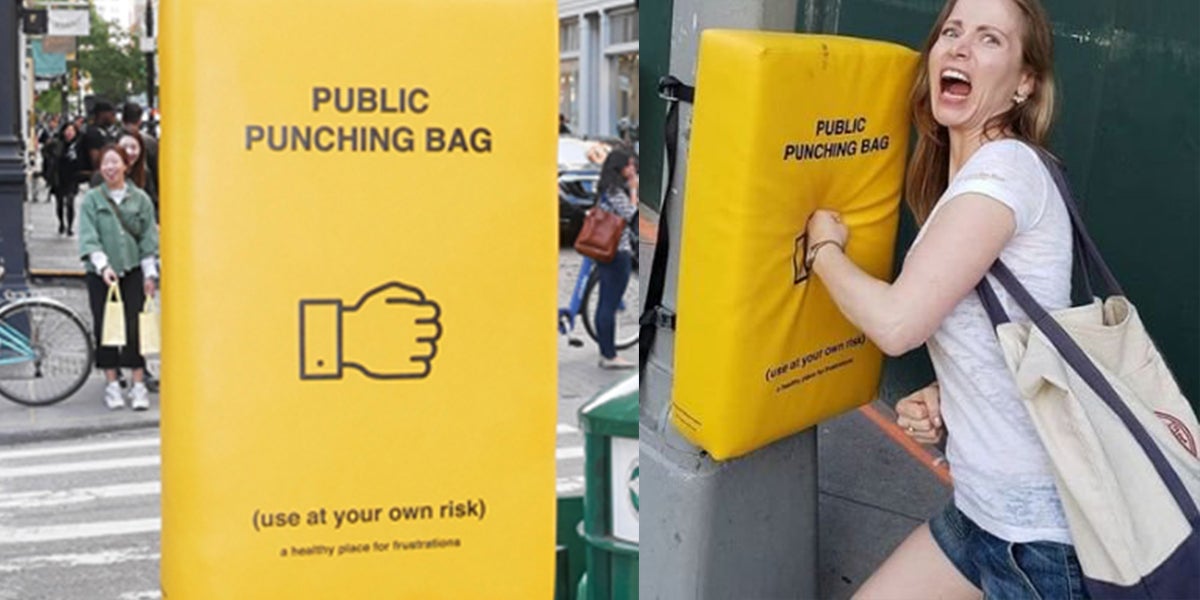 Cosmopolitans like New York City tend to unveil the worst of tempers of its daily commuters. Long hours of stressful work? Stuck in overcrowded public transport or long lanes of traffic! It all adds up to anger issues. Hence the district of Manhattan decided on installing punching bags, in vibrant yellow color, on some busy roads. The frustrated people are welcome to throw some punches and calm their nerves. 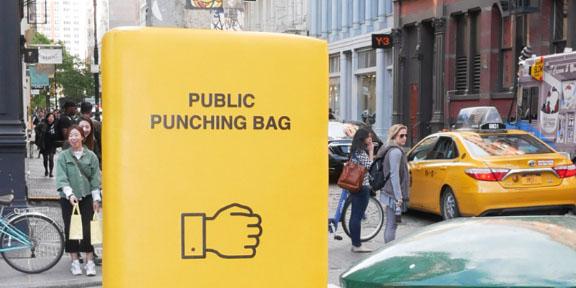 It is no brainer that the pollution, the noise, and the cars- oh, so many cars- would make anyone irritated. So, an American design studio planned this cathartic punching board, rather a bag, which would help alleviate this problem.
This bizarre initiative was designed by a company called ‘donttakethisthewrongway’ based in Savannah, Georgia. It was one of the participants of the New York City Design Week 2019. The innovation was later brought out to the community at large, where it was installed for the benefit of the people.

dtttww public punching bag at NYCxDESIGN from designboom on Vimeo.

If you aren’t one of the many readers of this article and are possibly confused about the placement of yellow bags on your commute to work, just read the instructions on the board beside it, and punch away.