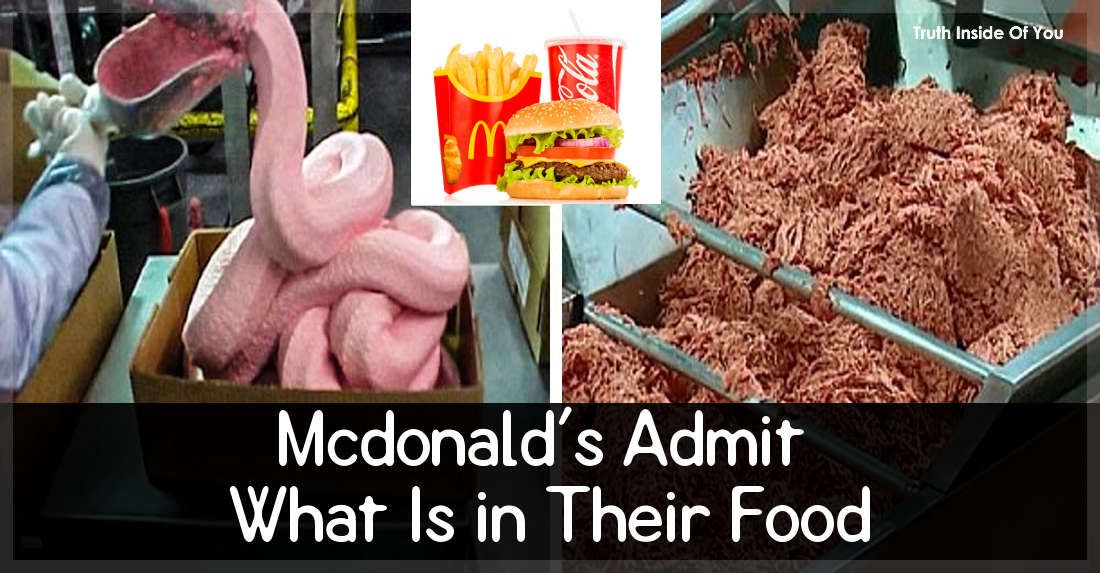 After years of criticism, that sky-rocketed when the documentary “Super Size Me” came out in 2014, the McDonald’s chain finally admits what do their burgers contain. Rumors argued that they contain things like pink slime or mechanically separated meat, and the company decided to take action. A publicity campaign named “Our Food, Your Questions” focuses on letting the customers know what do McDonald burgers contain.

While denying the pink slime accusations, the company admits to have an ingredient named azodicarbonamide in their burgers. This element is also, alarmingly, found it items like yoga mats. The company, however, doesn’t seem to find this weird. The explanation they gave is the following:

“There are varied uses for azodicarbonamide, including in some non-food products, such as yoga mats. As a result, some people have suggested our food contains rubber or plastic, or that the ingredient is unsafe. It’s simply not the case. Think of salt: the salt you use in your food at home is a variation of the salt you may use to de-ice your sidewalk. The same is true of ADA — it can be used in different ways.”

In addition, the company admits to use dimethylpolysiloxane as an anti-foaming agent in the frying oil for McNuggets.

However, they insist that their patties are 100% beef, and they ask customers to “not judge us before you know us.” Even so, as every person who has watched Super Size Me knows, it is probably safer to avoid eating such “food” entirely. I prefer my yoga mats to be used in yoga, not burgers!