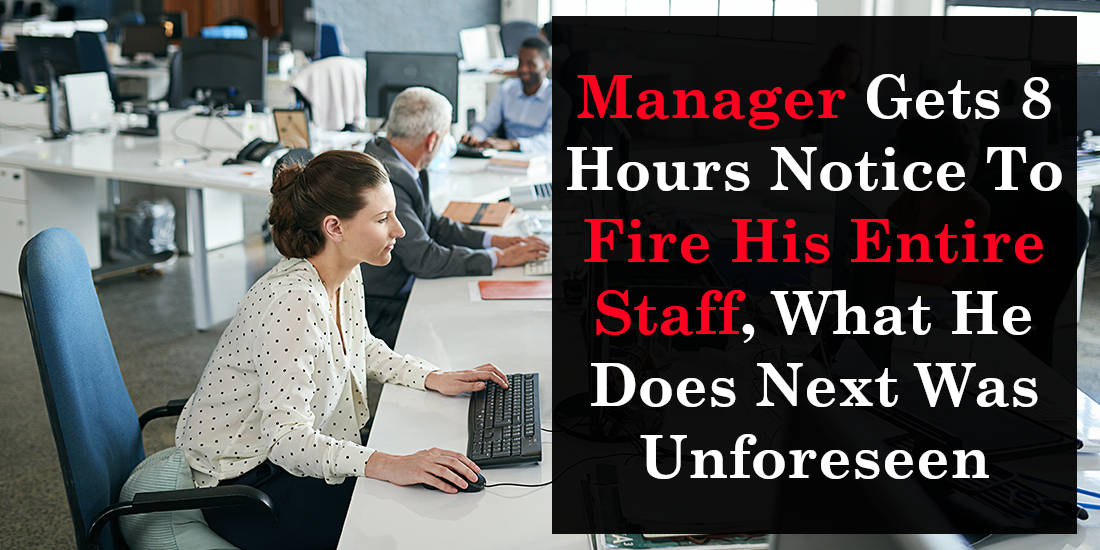 Society compels us to work so that we can be accepted in it. We must work to gain financial stability, whatever be the nature of our work. Nothing is more agonizing for an individual than to go through unemployment. The agony of the manager, in this case, was compounded when he found out that he was the one who had to tell his staff that they were going to lose their job. Faced with the terrible prospect of firing his entire staff, the manager does an unexpected thing which is commendable.

Government employees were faced with a severe crisis when the Federal Government was shut down. They were compelled to endure severe hardship and face the wrath of the citizens. Working for the government was itself a difficult job. Then, there was this major shutdown that took place.

8 hours notice to fire his entire staff and himself 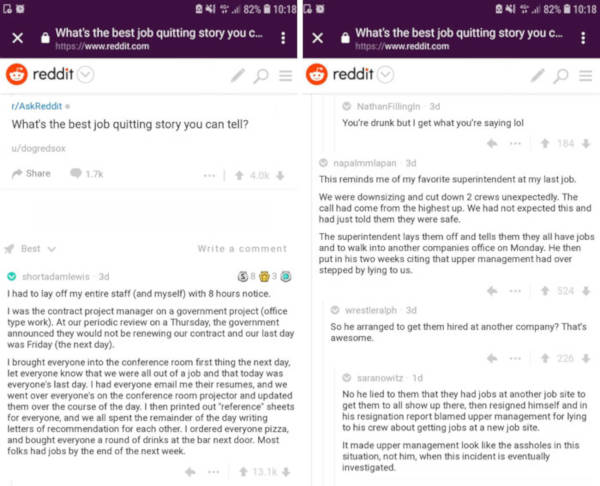 A Reddit user, shortadamlewis, was faced with the difficult responsibility when he had 8 hours notice to fire his entire staff. To add to his agony, he was going to be dismissed as well. But he handled the situation in a unique manner. He refused to let his staff down. He resolved to make the best out of a bad bargain by ensuring that his staff got what they truly deserved.

The manager received only 8 hours to resolve the situation. He was merely a contract project manager. The periodic review was conducted on a Thursday when he came to know that the government was not going to renew the contract. He was thus faced with the prospect of losing his job and he also had the unenviable task of breaking the news to his staff. And he had barely a day in hand. He resolved to face the problem head-on.

The very next day, he called all his staff together and broke the news of their dismissal. Next, he made them mail their resumes to him and they spent the entire day updating their resumes and writing reference letters for one another. He ordered pizza for them and treated them to a round of drinks at the next-door bar. By the next day, most of his staff had offer letters coming their way. They had gained more by this experience than what they had lost. They regained their self-esteem as they realized that the end of a job need not be the end of the world. There is always another job waiting around the corner. All it needs is the courage to come to terms with the loss and moving on.

He did that the best one can do in such a situation to help the staff get on track as quickly as possible. It is commendable to help someone get a better prospect elsewhere even though they might not have been a success while they working for you. The manager displayed both courage and presence of mind in handling the situation and emerged stronger from the ordeal.

It’s never nice to see sad faces. But we have the power to bring a smile on someone else’s face. The manager did it – why don’t you try it too?