Persecution is something we all fear especially if you are captive without having committed any offense. The very idea of captivity brings into mind a larger picture of subordination (slave-like treatment), helplessness. Imprisonment generally means putting someone behind the bars as a sign of punishment for a wrong deed.

As far as animals are concerned, this gets changed to being caged, with a little exception that they are innocent and without any sign of fault. People can express their distress on the idea of being caged/imprisoned, but animals, on the other hand, cannot convey their misery and hence, resort to violence. 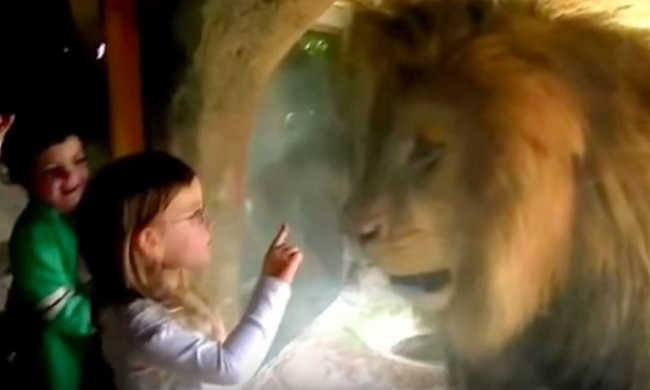 We all treasure our homes and so do animals.  Home, for them, is the wild forests. Encroaching upon their property (home) is legally and ethically incorrect. If people cannot take over the homes of other men, they do not have any right to forcefully barge in the homes of animals. This audacity has given rise to the ferociousness of animals and has turned them into extremely violent beings who not only fear but also hate the company of human beings. Often, one might come across reports of incidents where animals have killed people or destroyed human property because of the human intervention into their personal space.

Animals, like human beings, need the freedom to live. It is morally incorrect to make them suffer by destroying their homes and imprisoning them. One can genuinely witness the pain and sufferings of the miserable animals, by visiting a zoo or circus. They seem to have lost faith in human actions and the best possible reaction is to attack them on sensing any possible threat. Such miscommunication has distanced the animal kingdom from human lives.

Animals feel too. It is human ruthlessness that doesn’t want to listen to those silent voices that cry for help. What results is a massive gap between two creatures, that should have co-existed peacefully. Notwithstanding the nature of animals and humans, it is really a pitiable sight when we see caged animals, trying to grasp at the metal bars that have separated it from its natural home. Despite the apparent monetary prices levied on these animals, both natives, and exotic alike suffer maltreatment, which makes them a beast, without rationality, or sentiments. 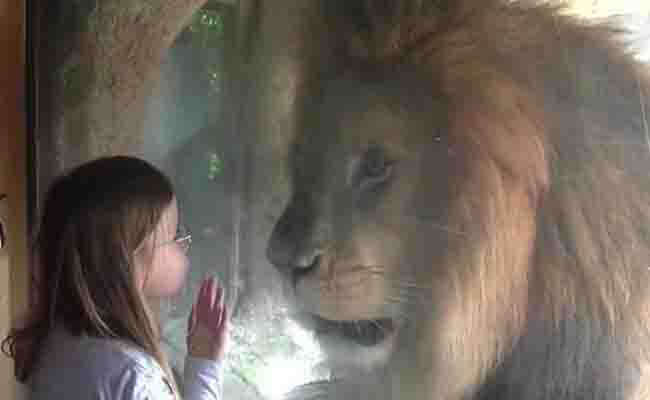 The video here, shows a little girl trying to kiss the glass of the cage which encases the lion. The poor animals suffer from human harshness and cannot help but interpret the kiss of the child as some attack or threat. The lion reacts violently and scratches the walls of the glass cage, trying to counterattack the mistaken predator.

The lion reacts very naturally, considering the trials and tribulations it has to undergo every day, silently. It could not express its agony through words and hence misinterpreted the child’s action as a possible threat and tried to pounce on her, if possible.

Naturally, the zookeepers might place a number of excuses for keeping the animals in good health, but the reality is something different. It is high time for us to realize their silent cry and stop the cruel reality that is taking place worldwide.

Watch how the lion reacts below: