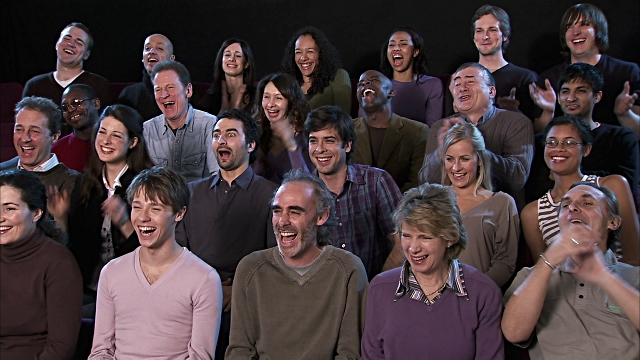 Ever wonder why laughter is contagious, you know, how when one person laughs, a tidal wave of laughter sometimes ensues. Yeah, It’s not just a few people who wish to join in the laughter, this mirth actually has a strange stimulating effect that ripples through the system, making laugher inevitable. Is there more to this phenomena? Why sure there is, there’s always so much more beneath the surface. Let’s examine the depth of it.

According to research published in Proceedings of the National Academy of Sciences and conducted at the Finland Aalto University and Turku PET Centre,

Seeing smiles and hearing laughter in a group of people apparently triggers an emotional response. Most times than not the emotional state is synchronized. During tests, participants were submitted to functional magnetic resonance imaging while viewing both pleasant and unpleasant images. Unpleasant responses trigger areas of the brain such as the frontal and midline regions, these are responsible for emotion processing. Movies with an arousing nature stimulated regions responsible for the sense of touch, vision and attention.

More recent tests conducted at UCL and Imperial College, London, however, discovered that positive sounds make activate a region responsible for preparing the facial muscles to smile. How fascinating! Not only this, but the same MRI tests were conducted using sounds instead of movies. Both pleasant sounds and negative ones triggered the same area-the premotor cortical region-this region governs how facial muscles will respond. There was one result that stood out above the rest. Apparently positive reactions were much greater than negative ones. Hence, the trigger to smile was indeed…contagious.

Contagious laughter is so much akin to mimicking other mannerisms between individuals. If you’ve ever found yourself changing the way you talk, move or express yourself around others, you may be copying their characteristics-they may also be copying yours as well. Most of the time, this is exactly what is happening. It’s a natural instinct.

So it’s true, smiles are contagious, just as laughter and any other pleasurable sound.

“The positive response in the brain helps us to interact socially. Which means it can help build strong bonds in groups.”

Ever wonder why laughter is contagious? Well, now you know. Go ahead, let it go and have a great laugh. It does more than make you happy and feel better. Your laughter may be the medicine that someone else needs.

Laughter is contagious and it’s about time we caught something good!