Home » It’s Time To Wake Up. We are all ONE. Change YOURSELF To Change The World. 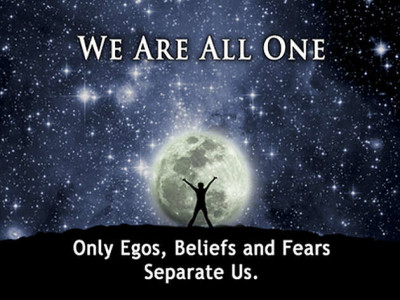 It’s Time To Wake Up.We are all ONE. Change YOURSELF To Change The World. An outstanding video which depicts that consciousness is what drives and shapes everything. This means ultimately everything in the universe, even matter, is consciousness in the most subtle and dense form. This video features Grant Morrisson, David Lynch, David Icke, Gregg Braden, Michael Talbot, David Wilcock, Wayne Dyer, Neil Kramer and Bill Hicks.

“A human being is a part of the whole called by us universe, a part limited in time and space. He experiences himself, his thoughts and feeling as something separated from the rest, a kind of optical delusion of his consciousness. This delusion is a kind of prison for us, restricting us to our personal desires and to affection for a few persons nearest to us. Our task must be to free ourselves from this prison by widening our circle of compassion to embrace all living creatures and the whole of nature in its beauty.” ―Albert Einstein

“The day science begins to study non-physical phenomena, it will make more progress in one decade than in all the previous centuries of its existence.”―Nikola Tesla

Thoughts, Emotions, and the power that they bestow upon you. Or rather, how you can empower yourself to live in the moment by controlling your thoughts and emotions, and guiding yourself the way that you want to be guided, rather than allowing modern society to tell you how to feel and what to think. Just as you create your own reality, we are also co-creating our realities together. We are a collective! As a community, a city, a country, and a species, we decide where we want to go and how we want to flow. It is up to us to decide what happens next in the epic tale that is the human race, but change has to start from an individual level.

“If you want to find the secrets of the universe, think in terms of energy, frequency and vibration.” ―Nikola Tesla

Modern science is now beginning to confirm what spirituality, philosophy, sages, ancient teachings and psychedelics have been saying for millennia: the entire Universe is One and what we think of as “reality” is just an illusion; the only real thing in the Universe is Consciousness.

“If quantum mechanics hasn’t profoundly shocked you, you haven’t understood it yet.” –Niels Bohr, Nobel Prize in Physics 1922

“The total number of minds in the universe is one.” –Erwin Schrödinger, Nobel Prize in Physics 1933

“A new consciousness is developing which sees the earth as a single organism and recognizes that an organism at war with itself is doomed. We are one planet. One of the great revelations of the age of space exploration is the image of the earth finite and lonely, somehow vulnerable, bearing the entire human species through the oceans of space and time.” –Carl Sagan

YOU CAN CHANGE THE WORLD!

The term New World Order (NWO) refers to the emergence of a bureaucratic collectivist one-world government. The common theme in conspiracy theories about a New World Order is that a secretive power elite with a globalist agenda is conspiring to eventually rule the world through an authoritarian world government — which replaces sovereign nation-states — and an all-encompassing propaganda that ideologizes its establishment as the culmination of history’s progress.

Significant occurrences in politics and finance are speculated to be orchestrated by an unduly influential cabal operating through many front organizations.

Numerous historical and current events are seen as steps in an on-going plot to achieve world domination through secret political gatherings and decision-making processes. Obviously, throughout the mainstream media, conspiracy theorists and conspiracy theories are considered CRAZY.

This video shows you why it is hard to convince others of your truths. Truth seekers in the truth movement should focus on AWAKENING people through DISCUSSION, not dictation.

As Neo reaches for the red pill Morpheus warns Neo “Remember, all I’m offering is the truth. Nothing more.” 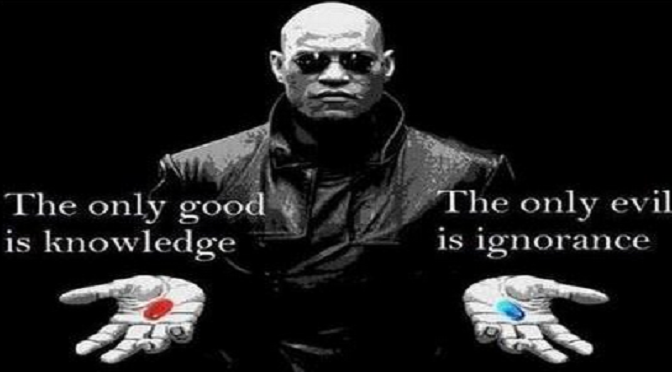 “Sometimes people hold a core belief that is very strong. When they are presented with evidence that works against that belief, the new evidence cannot be accepted. It would create a feeling that is extremely uncomfortable, called cognitive dissonance. And because it is so important to protect the core belief, they will rationalize, ignore and even deny anything that doesn’t fit in with the core belief.” –Frantz Fanon