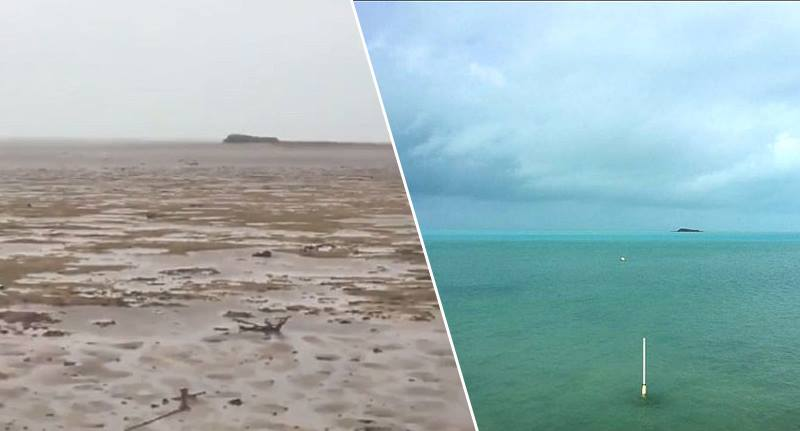 Hurricane Irma has left indelible marks, from the places that passed, but a video posted on twitter, has provoked awe, as it shows the power of the hurricane can change the form of the oceans!

The twitter user @Kaydi_K posted a video, which shows the coastline of Long Island in the Bahamas, with the water being absent where previously there was sea!

I am in disbelief right now… This is Long Island, Bahamas and the ocean water is missing!!! That's as far as they see #HurricaneIrma wtf pic.twitter.com/AhPAonjO6s

As reported by the Washington Post, the fact is that hurricanes can “suck” water in such a way. The power of Hurricane Irma is great, while the pressure is low, with the result that pulls water from the environment to its core!

The wind on Long Island, moved from the Southeast to the Northwest on Saturday, which means that the Northwest part of the island, will “push” the water away from the coast.

Also, in the center of the hurricane, where the pressure is extremely low, the water rises upwards, as the low pressure acts as a mechanism of absorption: Sucks water into the Centre, pulling it from the environment.

In any case, it is not a sign that a tsunami is imminent, as many fear. The water will return to Long Island, probably until Sunday night.