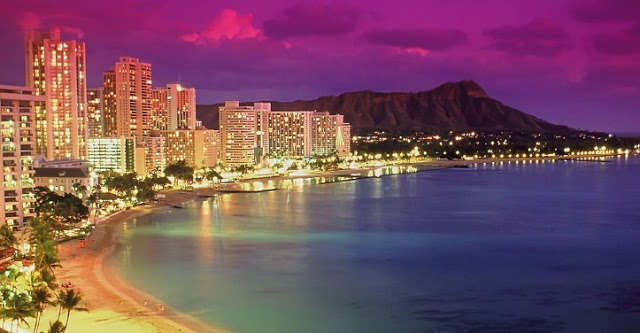 Hawai`i — Following Portugal’s model, Hawai`i could become the first state in the U.S. to decriminalize all drugs — including cocaine and even heroin.

“Despite a longstanding policy that enforces illicit drug prohibition and imposes some of the world’s harshest penalties for drug possession and sales, illicit drug use in the United States has been increasing,” states a resolution that passed, amended by the Hawai`i House Judiciary Committee on Thursday.

Now that it’s been approved, the study’s findings will be due later this year, “no later than 20 days prior” to the convening of the legislature’s 2017 session.

According to testimony from the Legislative Reference Bureau Acting Director, Charlotte A. Carter-Yamauchi, the study will reference Portugal’s successful decriminalization with the caveat of recognizing Hawai`i’s obligation to follow federal law. But the state recognizes the numerous failures and pitfalls of the national war on drugs and its policies, beginning with passage of the Harrison Narcotics Act of 1914.

“Addicts are still considered to be violating the law by possessing drugs and have no legal way of obtaining them. The war on drugs most problematic effects are in its pursuit of dealers and traffickers. This is what has made the business lucrative and violent, caused addicts to steal to obtain drug money, and burdened the tax payers and criminal justice system,” Libertarian Party of Hawai`i Chair, Tracy Ryan, submitted in support of the study, with the recommendation to examine pre-1914 U.S. drug policy.

Among others offering testimony, the Drug Policy Forum of Hawai`i issued a statement in “strong support” of studying the issue, as well as a recommendation the LRB carry out a “twin study” on “the effects of legalization of marijuana for adult use.” Noting the Supreme Court’s refusal to intervene in a dispute between Colorado, Nebraska, and Oklahoma — stemming from Colorado’s cannabis legalization — the Forum claimed it would be an “opportune time” to conduct the parallel study.

Policymakers in Hawai`i decided to turn to Portugal’s across-the-board decriminalization, which became law on July 1, 2001, for consideration, after the CATO Institute issued a report touting the policy’s success. Cited in testimony by Kat Brady, Coordinator of Community Alliance on Prisons, the report’s conclusion stated:

“None of the fears promulgated by opponents of Portuguese decriminalization has come to fruition, whereas many of the benefits predicted by drug policymakers from instituting a decriminalization regime have been realized. While drug addiction, usage, and associated pathologies continue to skyrocket in many EU states, those problems — in virtually every relevant category — have been either contained or measurably improved within Portugal since 2001..”

“By freeing its citizens from the fear of prosecution and imprisonment for drug usage, Portugal has dramatically improved its ability to encourage drug addicts to avail themselves of treatment. The resources that were previously devoted to prosecuting and imprisoning drug addicts are now available to provide treatment programs to addicts.”

Also noted by Brady in bold from the CATO study as being of particular importance, “Drug policymakers in the Portuguese government are virtually unanimous in their belief that decriminalization has enabled a far more effective approach to managing Portugal’s addiction problems and other drug-related afflictions.”

Numerous individuals, groups, and organizations submitted written testimony in support of Hawai`i’s proposal to study sweeping decriminalization, chiefly because a policy like Portugal’s would view addiction as a health, rather than criminal, issue.

Hawai`i will study virtually every facet of drug policy and its countless repercussions in the state to determine if Portugal’s model, or some variation of it, would be feasible and beneficial to implement. Simply undertaking such research in the United States highlights recent foundational shifts toward ambivalence from government and civilians concerning the failed Drug War — which insider reports indicate may have been largely fueled by the desire to quash dissent and incite division.

Portugal’s decriminalization policy, though not perfect, stands as a solid testament to the benefits triggered when government reframes citizens as people rather than criminals. Whether Hawai`i ultimately follows that country’s lead or not, the study will almost certainly find decriminalization to be worth a try.

Written by Claire Bernish, for theantimedia.org