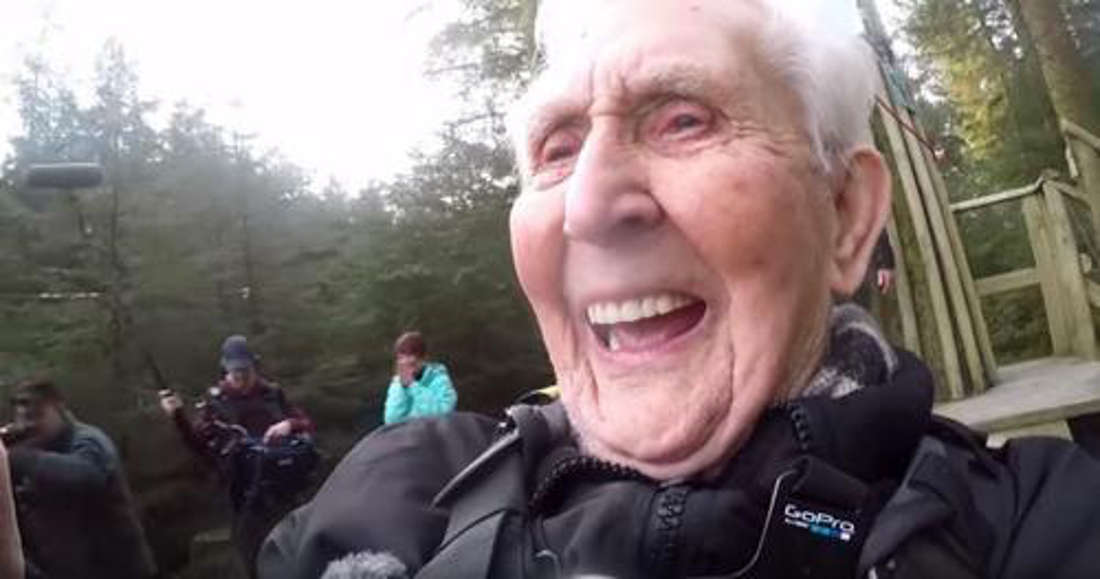 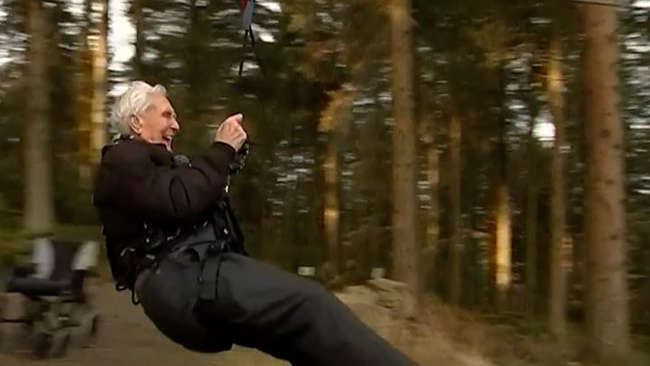 He has broken quite a number of world records prior to this. Some of them being, the oldest man to get a tattoo and the oldest man to have ridden a roller coaster, at the age of 104 and 105 respectively. Jack has the habit of venturing new and adventurous tasks on every birthday. The zip line ride was a part of his 106th birthday.

Zip Lining for a good cause 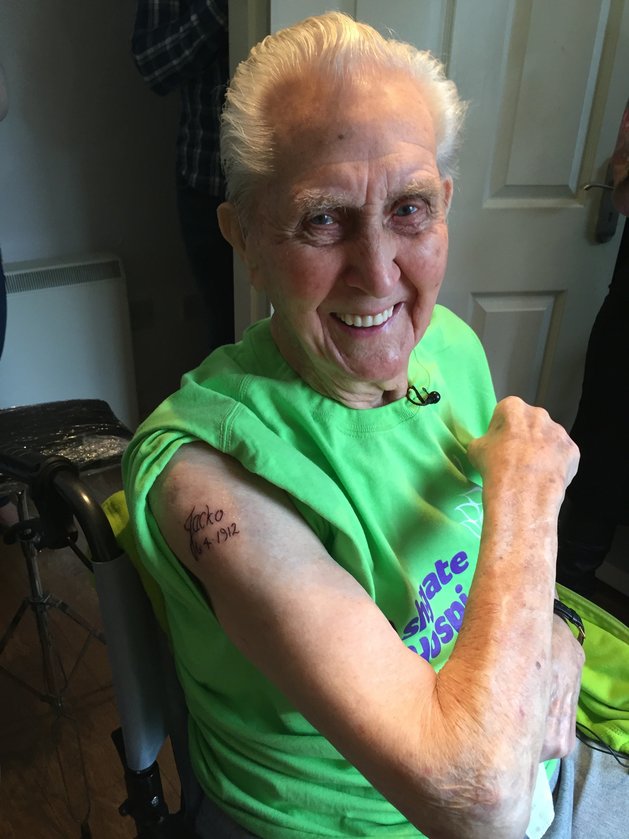 He aims to raise money for charitable purposes every year through the increased publicity of the tasks he undertakes. His daughter had mentioned about his determination to utilize his old age in some interesting way. Now, it has somewhat become a tradition on his part to undertake new adventures on his birthday every year. Jack not only enjoys the adventure but also raises money for charity.

One of the videos shows Jack being awarded the Guinness World record this year for riding the zip wire.  The triple world record champion felt great after the ride and exclaimed that it was worth every bit of it. Mark Mckinley presented him with the certificate for having broken the world record. He broke his first record in 2016 when he got a tattoo on his upper arm.

The video shows Jack absolutely enthusiastic and ecstatic when zip riding. Riding through the woods fills him with energy and courage like a young man. He is seen thoroughly enjoying his ride, uncaring about his physical frailties. One can realize the importance of willpower and determination which makes a man forget all odds and move on. People of his age would generally prefer a secluded life, whereas he sets a genuine example for all that aging doesn’t necessarily mean that one has to give up on all aims and desires.

Determination and the zeal to do anything in life doesn’t have to be restricted with age. One can be a centenarian, yet do anything that a bunch of twenty-year-olds would do. For life is all about living to the fullest, without worrying about the past, or the future. Living in the present, where age is just a construct and has no bearing on your life. For a wise man once said, you are old, only when you feel old. Here, Jack doesn’t seem to be feeling old. His death-defying actions are a testimony to that.

What else can we gather from it? What should be the biggest lesson here? Simply put, it is about enjoying life. It is about doing things that make you happy at the end of the day, for happiness doesn’t come from sitting on a plush sofa, and lamenting of your youth long gone by. It comes from doing things that others won’t dare to do, and yet you do it perfectly.