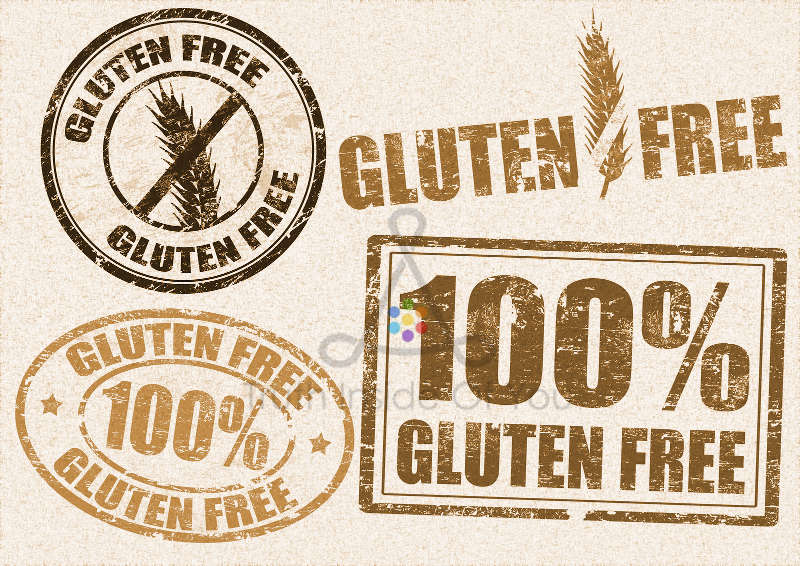 This title is the same as a recent GreenMedInfo.com. It contains a list of over 200 health problems, with celiac disease at the top and including many more not normally associated with gluten intolerance.

The author and founder of GreenMedInfo.com, Sayer Ji, prefers the term gluten toxicity to gluten sensitivity or gluten intolerance… “in order to shift the focus away from the victim back to the aggressor, the gluten itself.”

Sayer Ji’s GreenMedInfo.com article lists all the disorders linked to gluten. They are hyperlinked to articles and abstracts of clinical studies recorded in MedLine since 1971.

Explaining the attack on wheat and other grains

Negative reports on wheat and other grains have risen considerably in the past decade. The dramatic rise of celiac disease, a chronic gut inflammation that destroys intestinal villi (tiny tubes) responsible for absorbing nutrients, has been a major focus.

The gluten toxicity that brings on Celiac disease and other autoimmune reactions is mostly from peptides contained in gluten known as gliadin proteins, which damage the intestinal tract.

In addition to Celiac disease, which if undetected leads to malnutrition that creates other diseases, gluten toxicity can result in several other manifestations of poor health, including chronic fatigue and mental disorders.

Lectins, sticky proteins common to all plants for self defense, are a prominent feature of wheat germ agglutinin (WGA). In addition to flattening out intestinal villi and causing Celiac, they can penetrate gut linings and create leaky gut.

Once lectins get into the blood stream, they can bind to leptin receptors, blocking the leptin sensitivity that lets you know you’ve had enough to eat, creating a sluggish metabolism, and disrupting insulin balance. In other words, it leads to obesity and diabetes.

So how did the “staff of life” become a weed of disease?

For starters, wheat is not the same today. It has been hybrid over time to resist fungus, grow more quickly, and be more pliable for industrial bread baking. 50 years or so ago, wheat contained only five percent gluten. Today, it is 50 percent gluten.

The food industry’s concern for production efficiency and perception of consumer demands has focused on the bottom line with the usual disregard to the negative health consequences of fellow humans. Breads and other baked goods are hastily produced with additives and short cuts that are actually toxic.

In the UK, some of Europe, and North America, slightly different high speed methods of baking evolved over time. By adding “improvers” with usually toxic additives and mixing the dough violently, loaves of bread could be baked, cooled, and packaged within a few short hours.

Agricultural resources then sped up the hybrid process for wheat to accommodate the baking industry’s mechanical requirements of pliable proteins, leading to the 10-fold increase of wheat’s gluten since that time.

This situation has permeated almost all nations. There are some exceptions; for instance, most of Europe doesn’t permit chemically bleaching flour to produce white bread. They use sunlight to “bleach” wheat.

Having your cake and eating it too

Not all of us are prepared to go strictly Paleo and exclude all grains and legumes. Some of us still prefer not to eat animals, and if the food supply bottom falls out, many aren’t ready and able to kill and skin deer or other animals to survive.

Grains such as rice and dried legumes are easy to hoard and use for survival if the store shelves become empty overnight. The common concern for rice and legumes is phytates or phytic acid, which can block minerals from being absorbed in our bodies.

Overnight soaking, a prerequisite for cooking dry beans, has been known to minimize phytates, or phytic acid. Rice can be soaked overnight as well. The process of cooking itself reduces phytic acid.

Using sprouted wheat flour can ameliorate some of WGA’s toxicity. Baking with sourdough starters instead of normal baker’s yeast can help also, while combining both may be optimum. It appears Whole Foods bakery does so.

Wheat’s gluten toxicity is reduced by sourdough starters properly fermented for 24 hours or more. A University of Alberta Canadian cereal microbiologist, Michael Gaenzle, suggests that sourdough bread, homemade or from a trusted bakery, may be at least a solution for gluten toxicity.

He referred to a study where recovered Celiac patients suffered no consequences from eating fermented (sourdough) wheat bread for two days. Those who ate regularly produced wheat bread did have a relapse.

The demand for continuing at least a partial grain diet safely has inspired one company, Vitamin Research Products to offer a natural supplement called Lectin Lock, which they claim will help reduce WGA gummy lectins.

Chronic health issues may or may not be from WGA toxicity. Katherine Czapp, whose WATF article is linked below, suggests testing for Celiac disease with Enerolab.

Here is a video with Gluten-Certified Practitioner, Amber Littler, PA-C, discusses the benefits of a gluten-free diet, and how it may improve your overall health. Enjoy watching!