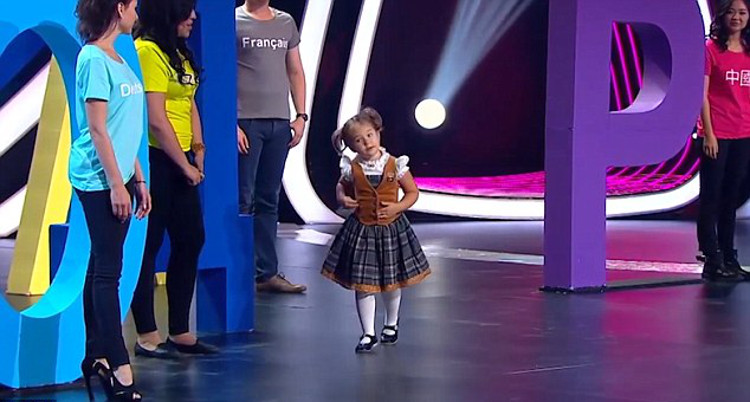 On national television, a young girl, 4 years old to be exact, spoke 7 different languages and stunned the world! Want proof? Well, You tube has the proof with a clip that will blow your mind!

On the downside, people have criticized Bella’s parents, saying the curriculum is too hard for her age. They say the girl shouldn’t be forced to learn such a workload. But on the contrary, Bella wants to learn!

“If the girl is learning on her own, there shouldn’t be a problem.”

Others see the point being made by Semenovich. They understand that Bella is not working, but yet playing when she learns the languages. Apparently it is also quite a tradition in Russia to learn multiple languages, so it’s more common than you might think.

“If a Russian child didn’t know at least 4 or 5 languages by the age of 6, it was a shame to take them out. By school years, ancient Greek and Latin were added to the mix.”

Anna Devyatkina is an inspiration to people everywhere!