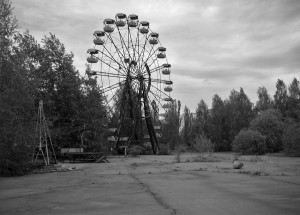 The True Battle Of Chernobyl is a documentary by director Thomas Johnson and producer Hind Saih. April 26, 2009. Exactly 23 years after the worst nuclear disaster ever, many untold stories still unburied.The main detail I wanted to point out to you is that there is no concrete death toll from Chernobyl. Because the long term effects on the public have never been studied.

I suggest we take another look at 20th/21st century changes in cancer ratesand the fact that 2000+ nuclear explosions occurred in the last 65 years. God knows what will happen with all the depleted uranium released due to UK/USA/NATO armies using it in explosives since 1990. You breathe in ONE particle and that’s enough. Deformed kids, weird cancers, all of it. That goes for our troops over there, civilians, everyone. And it blows around the world.

If you like this post then you should learn that much has been made of the role of the operators in the Chernobyl disaster. Learn more, here.