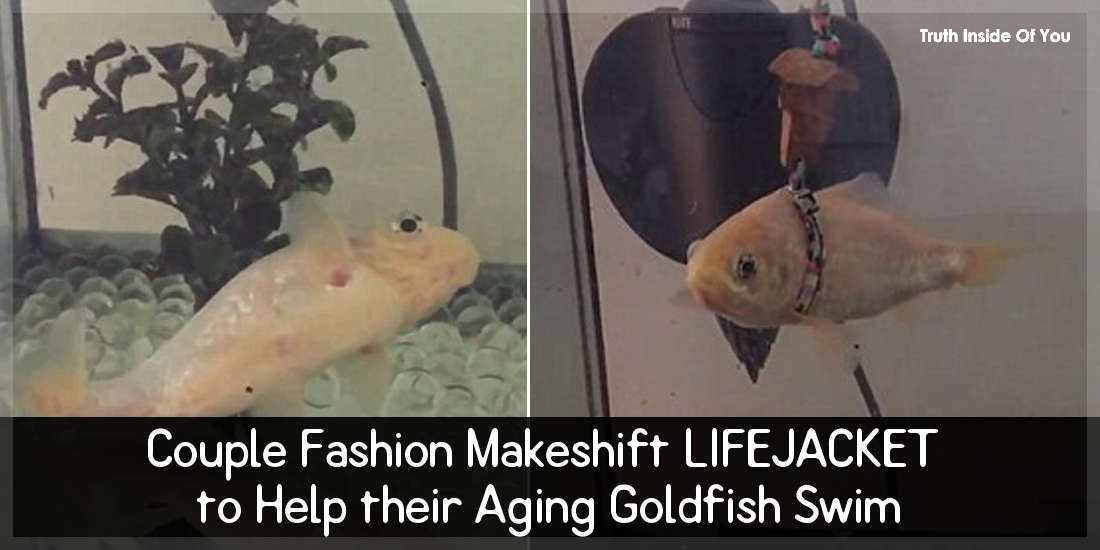 A young couple has come up with a brilliant solution to save their goldfish from a terrible existence.

Aidan, from London, said that his girlfriend’s goldfish had been rendered motionless at the bottom of the tank for months and it was heart-wrenching to watch her live a painful existence.

But by coming up with an innovative lifejacket (from cork and a piece of an old bikini), he has given the goldfish a new breathe of life.

The magnificent lifejacket has gone viral on social media. He even made a YouTube video that displays how the goldfish couldn’t swim properly and then cuts to the footage of the implementation of the little lifejacket and how it helps the goldfish swim again.

He said it took him a few attempts to get it right but once he did, he knew it would transform the goldfish’s life.

Being described as “awesome” and “creative”, he also used the recent fame to say that we need to put an end to animal cruelty.

We couldn’t agree more. Let’s hope that there are more people like Aidan that put their creativity to help animals from suffering.