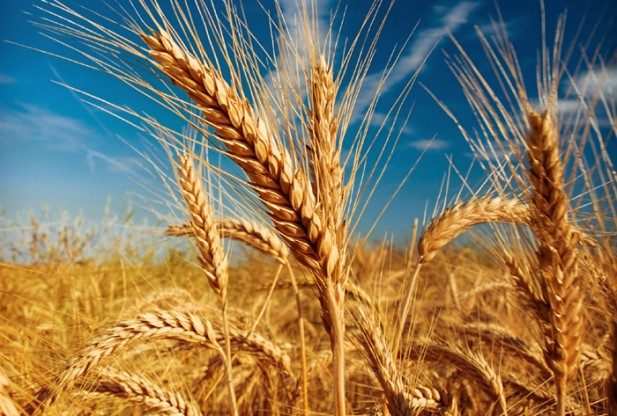 There have been studies implicating air pollution for causing lower crop yields. There have been studies accusing climate change of the same thing. However, scientists have often overlooked the damaging potential of these two factors working in concert. A new study led by Colette Heald of MIT has revealed that when pollution and climate change are factored together, four of the largest crops in the world will be severely affected by 2050, which threatens global food security. The team’s findings were published in the journal Nature Climate Change.

On a global level, half of the calories consumed each day come from corn, wheat, rice, and soy. Unfortunately, all of them are threatened by the challenges of a warming climate and ozone air pollution, though not in the same way. Corn has difficulty growing in the heat, and wheat is more sensitive to poor air quality. Soybeans get hit especially hard, because heat increases ozone production from the reactions in sunlight which create harmful compounds and damage the plant.

There are a lot of factors that go into projecting what the global population will be by 2050, but between population growth, decreased infant mortality, increased life expectancy, and dietary changes, the world will need to produce about 50% more food than it currently does. Unfortunately, Heald’s team found that global crop yields are predicted to decrease.

Without altering any other factors, increased temperatures will likely decrease crop yield by about 10%. When the team adjusted the amount of ozone, the outcomes were exacerbated or improved. Ozone pollution causes plant leaves to become discolored or speckled, but those symptoms can also be caused by various fungal infections or nutrient deficiencies. Though climate change isn’t going to help any of the four major crops, air quality seems to make the biggest difference in projected outcome.

The team ran the numbers under a few different scenarios regarding temperature and air quality. Under more dire circumstances, crops may be reduced by 15%. Scenarios that involve cleaner air put that figure at 9%. This is even worse for regions that are already plagued by hunger. Worst case scenario, malnourishment in developing countries would increase from 18 to 27%. However, even the most optimistic air quality figures would still increase that figure to about 22%.

There are ways to make this impeding food demand a little easier to manage. About one third of all food in the world is wasted, according to the UN’s Food and Agriculture Organization. If this waste were eliminated, there would be enough food to feed an additional 2 billion people, without changing anything else. Even if food waste was completely eliminated, that is not enough to meet the projected food demands. The agricultural community will need to address the need for decreased emissions and better crop planning based on region in order to mitigate the impending global food shortage.