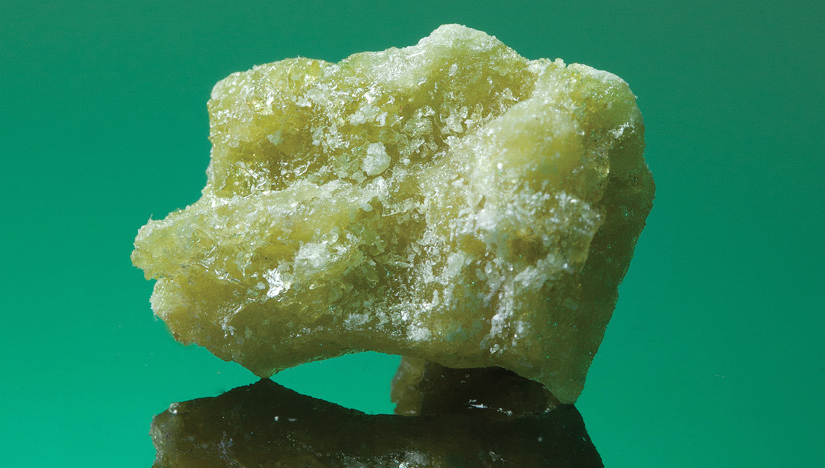 There’s a new kid on the block; her name is Crystalline, and she’s from the Hash Family.

Crystalline hash is the latest craze in the hash community, and everyone wants a taste. The demand is so high that THC-A Crystalline is going for $200 a gram in southern California dispensaries.

Testing in at an astonishing 99.9% THC, Crystalline is officially the strongest hash on the market. Other concentrates such as ice hash, rosin, and BHO range from 50-80% THC.

Cannabis concentrates are known for their variety of textures and forms, from shatter to wax to crumble, there’s something for everyone to enjoy. What many extract lovers don’t realize is that these various textures develop from the solvent used to make the concentrate and the methods of purging the solvent out of the final product. However, when THC is reduced to its purest state, it crystallizes, creating crystal ‘rocks’ which look very different than any other marijuana concentrate on the market.

Crystalline turns many people off just because of its looks. The internet is filled with scornful reviews of its meth-like appearance, and this criticism is entirely valid.  But don’t judge a book by its cover because cannabis crystalline is the purest form of THC and provides sufficient relief for many patients suffering from debilitating and fatal illnesses. And hey, it’s not THC’s fault that it’s a compound with a crystal structure.

Guild Extracts, a Southern California extraction company, is the current leader of crystalline production. Their crystallizing process is kept under lock and key, but they claim the ability to make THC-A Crystalline out of any starting material ranging from hydrocarbon extract, CO2 extract, and ice water concentrate. One thing Guild Extracts has made clear is that they are not using a solvent to create this hash, rather, they are extracting pure THC from their starting materials.

You may be wondering, what exactly is THC-A Crystalline? Well, before THC is combusted (lit on fire or vaporized) it sits in its raw acidic form, also known as THC-A. THC-A by itself is completely inactive, meaning if it is ingested it will not get you high (but it does have an extraordinary amount of medicinal benefits). When THC-A is activated through heat in a process called decarboxylation, the acidic carbon atom (the “A” in THC-A) is removed leaving behind the psychoactive THC that so many of us know and love.

Now remember, this pure THC does not contain terpenes (the magical compounds that give cannabis strains their distinctive aroma and flavor profiles while contributing to their therapeutic effects). To make up for the lack of flavor, Guild Extracts has become famous for the “dip n dab,” dipping the crystalline concentrate into terpenes extracted from strains like Goji OG, Tangie, and Sherbert.

While the sky-high potency may scare some away, Crystalline provides a surprisingly clean, focused, and inspired high. Plus, health nuts can rest easy knowing that THC-A Crystalline is completely free of any chemical inputs (think butane).

This article (Cannabis aficionados Develop THC-A Crystalline: The Strongest Hash in the World at 99.99% THC) was originally created and published by Marijuana.com.