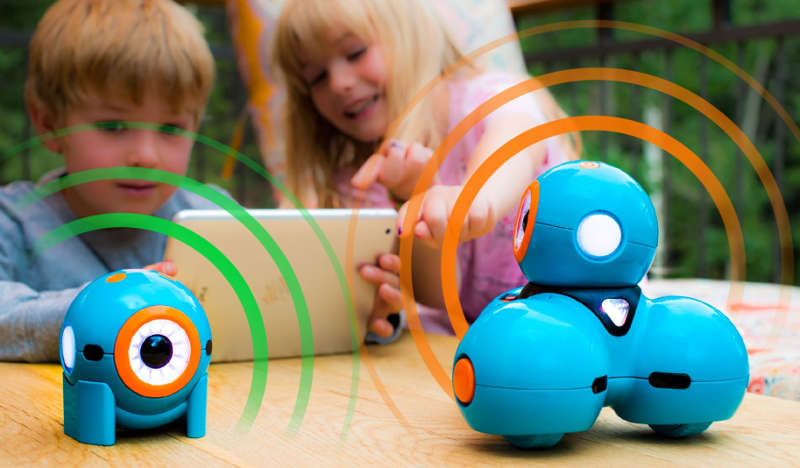 Vikas Gupta is a young dad and a computer fanatic that decided to find an answer to this question. He decided pretty easily that the answer is yes. When Gupta had his first daughter 4 years ago, his wife and him decided to quit their jobs and show their girl the world. While travelling around Europe. Gupta understood that he couldn’t travel around for ever, and at some point he would have to settle back in the US and find a new profession. During his family’s travels, he found out that European countries put a great emphasis on getting their young technology-literate. Especially Estonia has coding classes into the curriculum right from the first grade of school. The United States have nothing in this respect. Therefore, as Gupta wanted to initiate his daughter to his favorite job, he created an enterprise named Wonder Workshop. aiming at teaching kids how to code. He decided to do that through tiny, adorable robots, which kids code in order to make it move, dance and do small tasks. The robot’s name is Dash and his enterprise is named Dash and Dot.

As Gupta said, what makes Dash a great success is quite simple. “They solve a problem that most parents, kids, and teachers face. They keep children engaged in computer science without making it boring, tedious, and complicated.” Gupta’s idea to make children do something creative in front of a screen is worth listening to. Hopefully, it can help make a generation grow sharper minds.