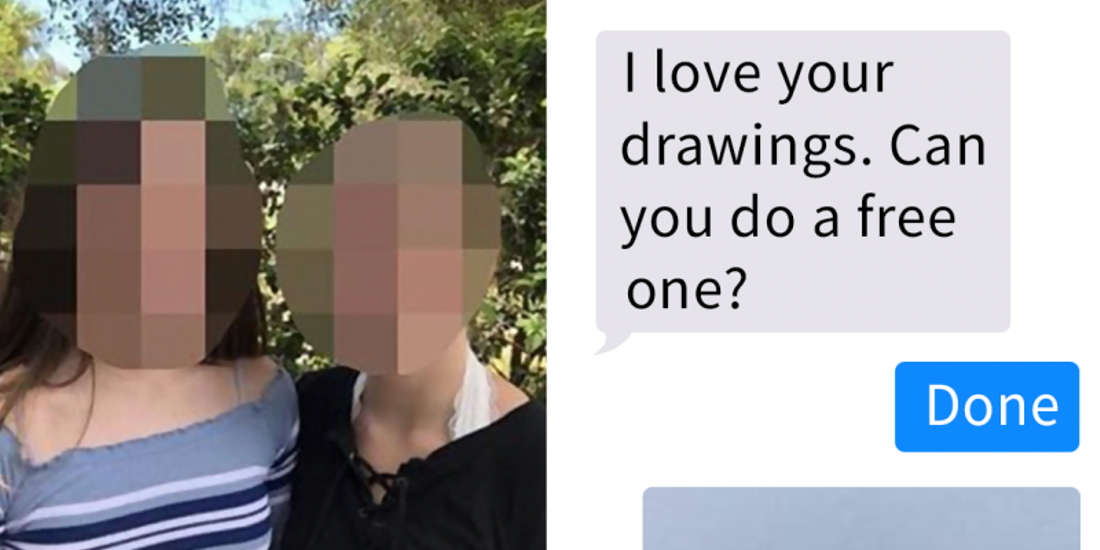 Whenever you go out and buy something or avail a service, you usually pay for it. Nobody just sits down at Starbucks and asks that they are given a coffee on the house. They don’t ask for free tickets to concerts just because they happen to like the band which is performing.

But for some reason, when it comes to artists, people think differently. They feel entitled to ask for free work without thinking about the intense labor and the number of man hours an artist puts into each piece. 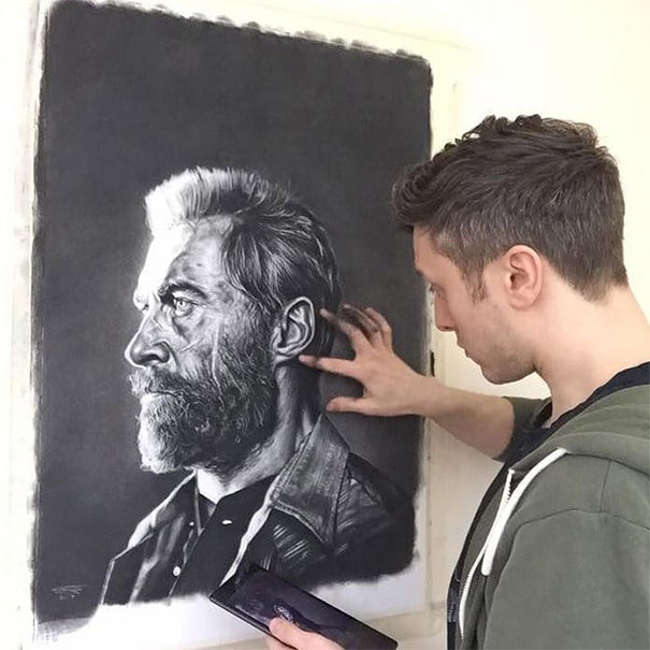 Jon Arton is one such artist from Birmingham, England, who has received a lot of requests for free work. After putting in a lot of hard work and devoting years to his art, Arton’s work is excellent. The subjects of his portraits are so incredibly detailed that they almost look real. The brilliance with which he gives life to his art ensured that he gathered quite the following on social media.

However, people don’t seem to be able to comprehend that he actually works as hard as he does so they keep asking him for free stuff. They message him asking for portraits of themselves for no charge because they love what he’s posted on his Instagram feed. Eventually, he got so fed up with the requests that he came up with a hilarious plan to get revenge so that others would be discouraged from doing the same. And these freeloaders definitely had it coming.

Sarcastically, Arton wrote on Instagram that he, being a full-time artist relying on the income he receives from his work to live, really appreciated all the requests for art because they gave him the chance to use his many years of hard work, his free time, and costly equipment to draw free portraits for people. Realizing that there was no use trying to explain to them that their requests were rude and audacious, Arton started giving them what they wanted – a portrait that cost them zero money. Whenever people sent him their pictures for free work, he sent them ugly stick figure images of themselves. 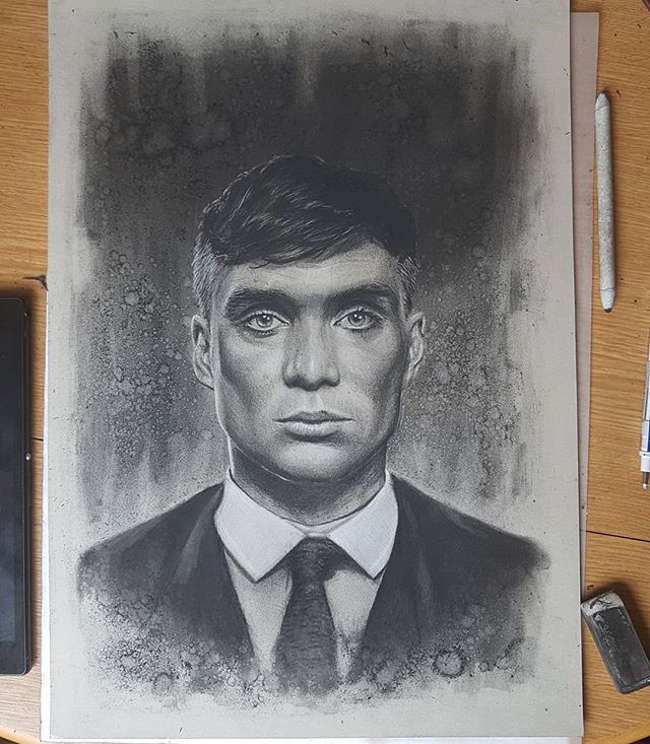 Continuing in the same vein, he further wrote that it was difficult to create a beautiful piece of work from substandard, unfocused selfies that were usually covered up by filters. He had become an expert at making these average faces look better than they really were.

To fully cement his point, Arton also posted the screenshots of his interactions with people asking him for free work. Of course, some took his response poorly but no one can say that they deserved anything better for being so rude in the first place.

See below how this artist trolled the people asking for freebies. 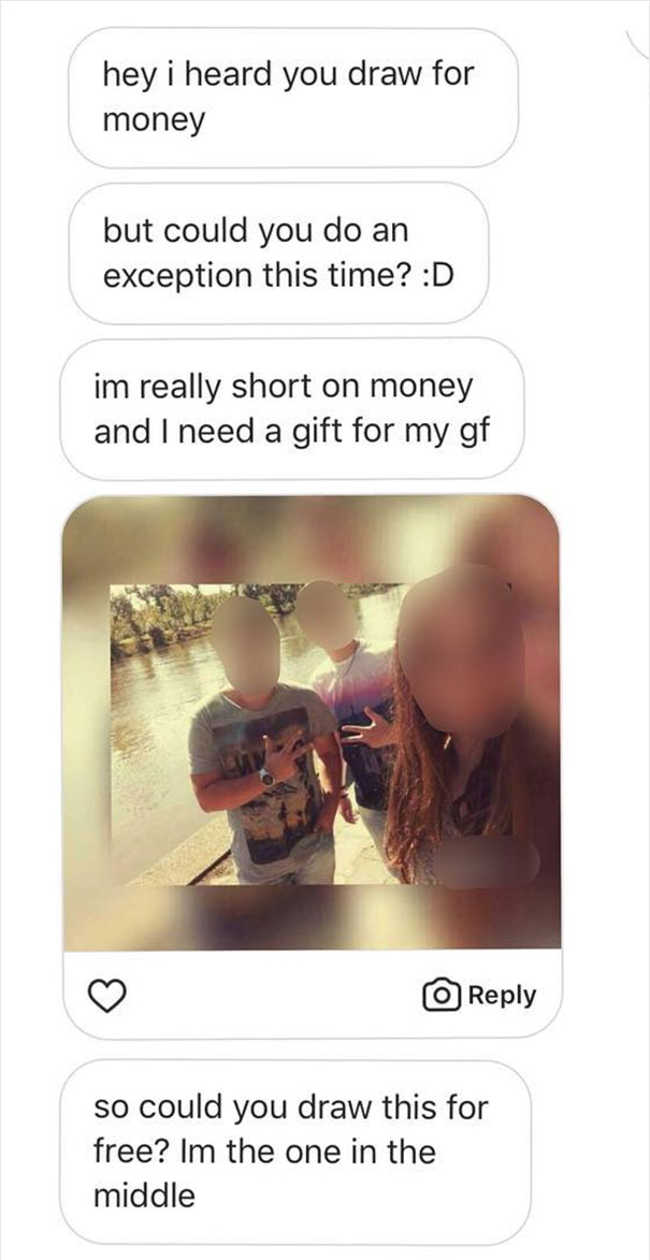 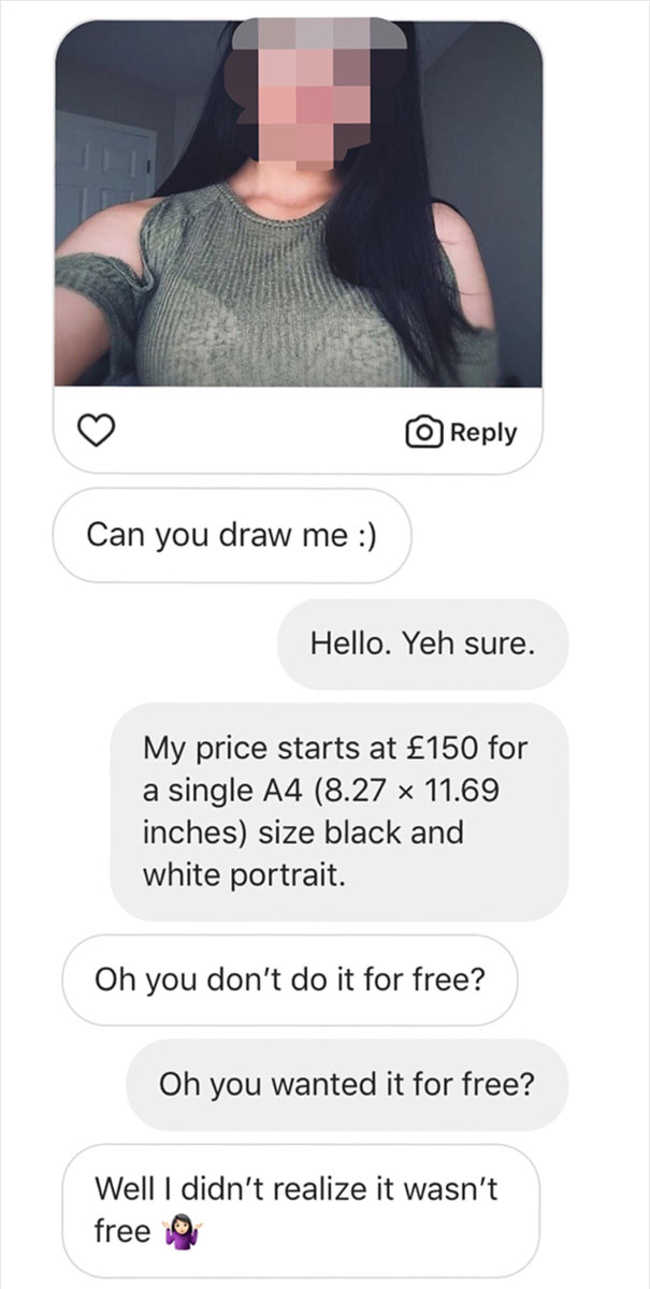 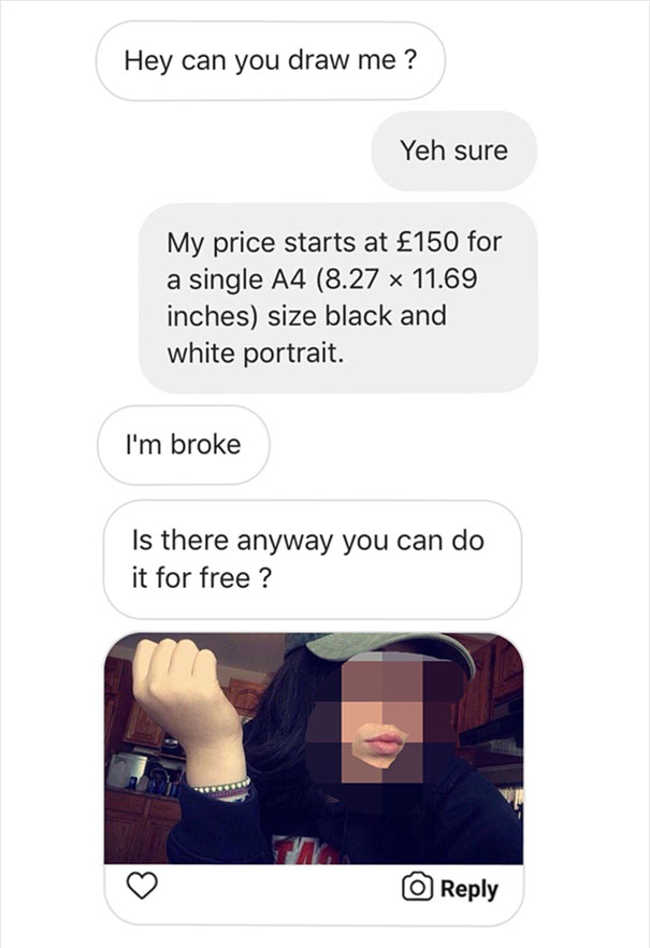