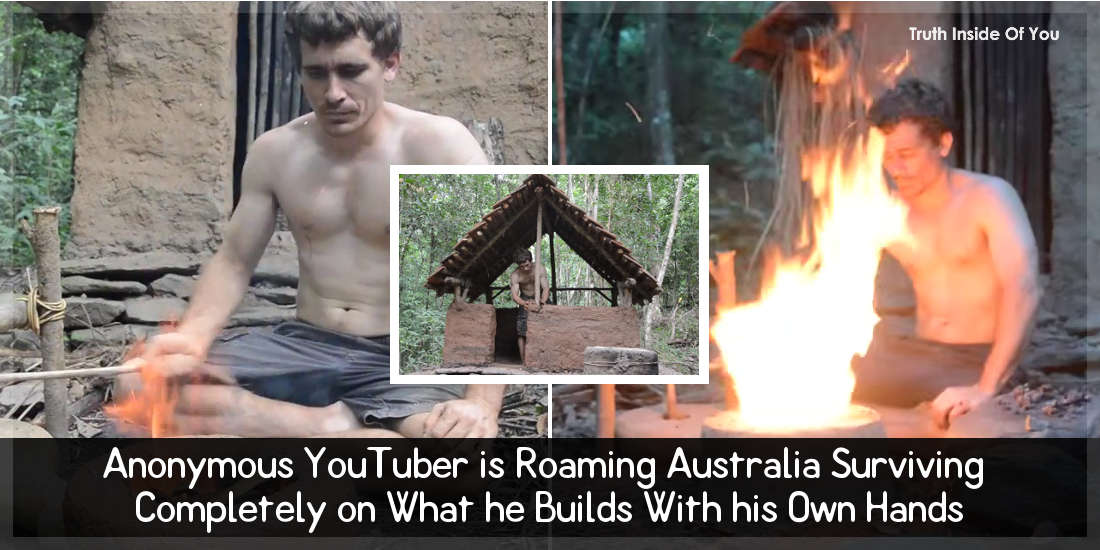 If not, it’s an incredibly popular channel with millions of subscribers. It follows a man who doesn’t identify himself, but he shows the world how he creates things by using nothing but his hands and the elements around him.

It takes astounding intelligence, creativity, and passion to do what he does.

In his most recent video, he worked out a way to create iron. It actually wasn’t his intent, but his remarkable discovery came after he developed a furnace out of clay.

How does he do it?

First, he gathers orange iron bacteria from the river and mixes it with charcoal and wood ash, which creates the cylindrical brick and then burns it in a charcoal oven. The result is nothing but amazing.

Check out the video and subscribe to his YouTube channel to see him roam around Northern Australia as he survives with only the elements around him.