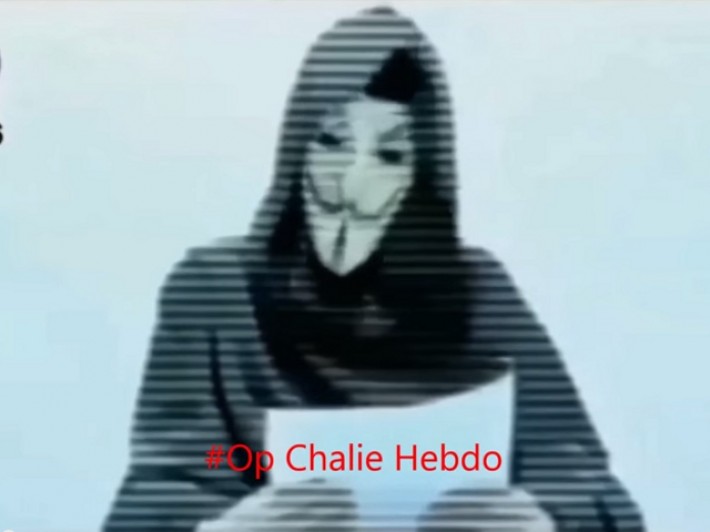 After the carnage at the offices of the satirical newspaper Charlie Hebdo,  Anonymous “declared war” on jihadists saying that they will attack to all of their websites.
The video of hackers–activists uploaded on their Belgian account with the following description:“a message to Al-Qaida, the Islamic State and other terrorists.” The clip shows a man with mask and altered voice while underneath there is the hashtag #OpCharlieHebdo, which means operation Charlie Hebdo.
“Preach your war against the terrorists,” says the man and adds that Anonymous will attack and close all accounts and the social networks linked to terrorists, in order to revenge for the death of the people in the offices of Charlie Hebdo.

For this purpose they opened an account on Twitter in OpCharlieHebdo and show to all users the user names who are jihadists in order to block from the social network. To enter the Twitter of “operation Charlie Hebdo» click here.