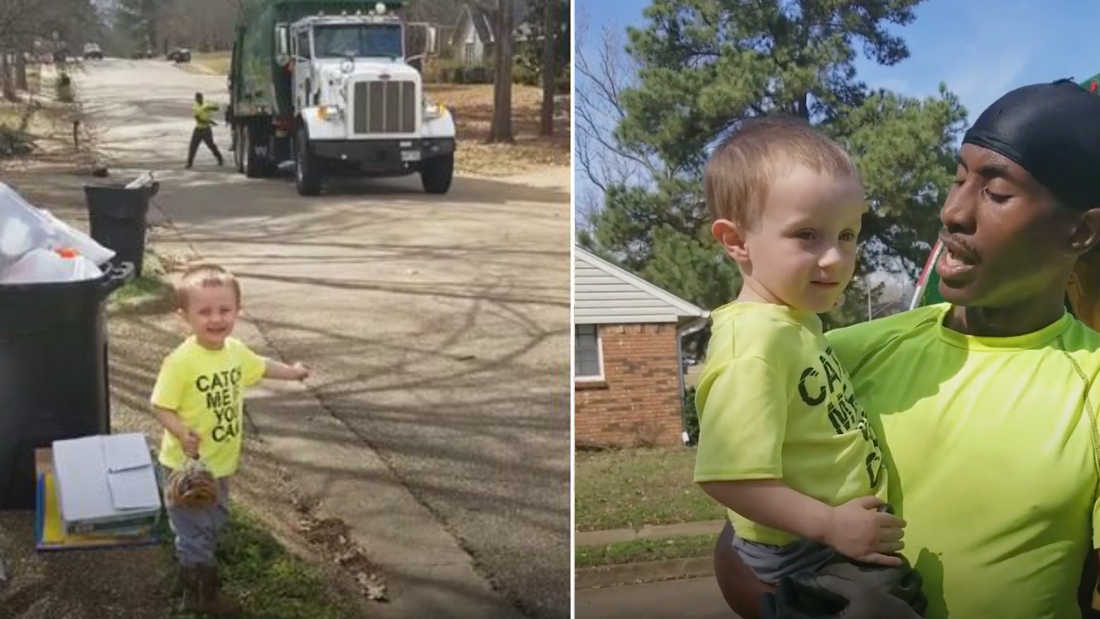 Like many other boys his age Kyle, who is three, adores playing with trucks. He also has a special fondness for garbage trucks and the men who ply them and he’s managed to befriend the men who drive through his neighborhood.

According to Kyle’s mother, Kyle is full of curiosity and he loves making new friends. He’s always ready to greet people with hugs and laughter. However, communication is difficult for him because he has trouble with his speech. But he communicates effectively through signs and his speech therapy is improving his talking by leaps and bounds.

Despite all this, Kyle’s personality is full of sunshine and when his grandma befriended the garbage men over them being fans of the same football team, he was quick to befriend them too. While the two of them regularly put together small parcels of goodies for them to show their appreciation, Kyler managed to outdo himself on this occasion. On his third birthday, he put together boxes of cookies for the garbage men he likes the most and lucky for us, his mother took the cutest video of him standing by the curb and waiting for them to come with a lot of excitement. He’s gripping his gifts tight and looks like he can barely contain his joy at being able to give them.

When the friendly garbage men spot him, they honk their horn a couple times to show that they’ve seen him. We can hear his mother telling him to stand where he is because it looks like he’s going to set off at a run to get to the truck as soon as possible. He really wants to see his friends surprised and happy.

He’s got all these delicious treats so that he can let the garbage men know how much he appreciates them and looks up to them. But he becomes shy when they meet so he gives them their gifts before trying to leave as quickly as he can. Little did he know that he was in for a surprise in return!

One of the men stopped him and carried him to their huge truck so that he could have a tour of the inside. It’s his first journey exploring the inside of the truck and he was happy with the whole experience!

Watch the adorable toddler in the video below.