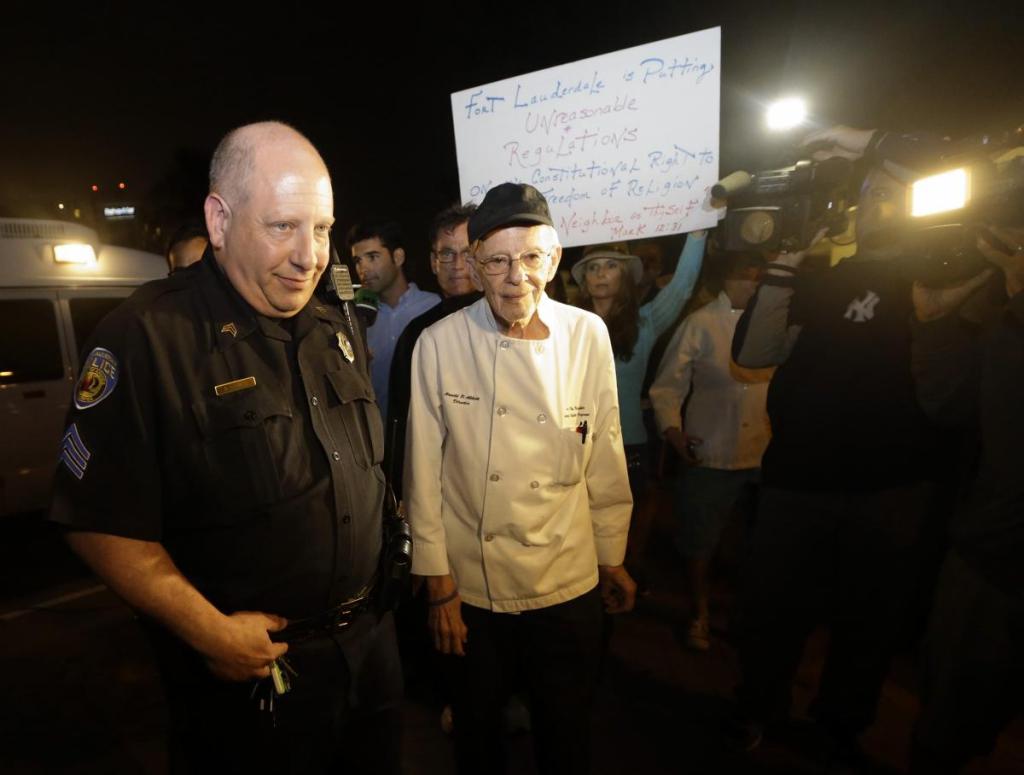 When 90-year-old Florida resident Arnold Abbott said following his arrest on Sunday that police couldn’t stop him from feeding the homeless, he apparently meant it.

Abbott was charged again on Wednesday night for violating a new city law in Ft. Lauderdale that essentially prevents people from feeding the homeless.

“I expected it” he said in a Sun Sentinel report. “At least this time they let us feed people first.”

Officers lingered in the area for about 45 minutes during which time Abbott and volunteers with the Love Thy Neighbor charity he founded handed out more than 100 plates of hot chicken stew, pasta, cheesy potatoes and fruit salad to homeless men and women.

If he’s found guilty of violating city ordinance laws — his second in a week — he faces 60 days in jail or a $500 fine.

Abbott said he’s prepared to go to jail over his efforts.

“Why do I keep doing this?” he asked rhetorically. “Because these are my people and they deserve to be fed.”

In a slightly more confrontational incident on Sunday, four police cruisers and approximately a half dozen officers with the Ft. Lauderdale Police Department descended upon an area in the city where Abbott, charity representatives and church members were handing out hot meals to local homeless people.

One officer demanded that he “drop that plate right now” as others picked up the trays off food and inserted them directly into the garbage with lines of homeless people looking on. 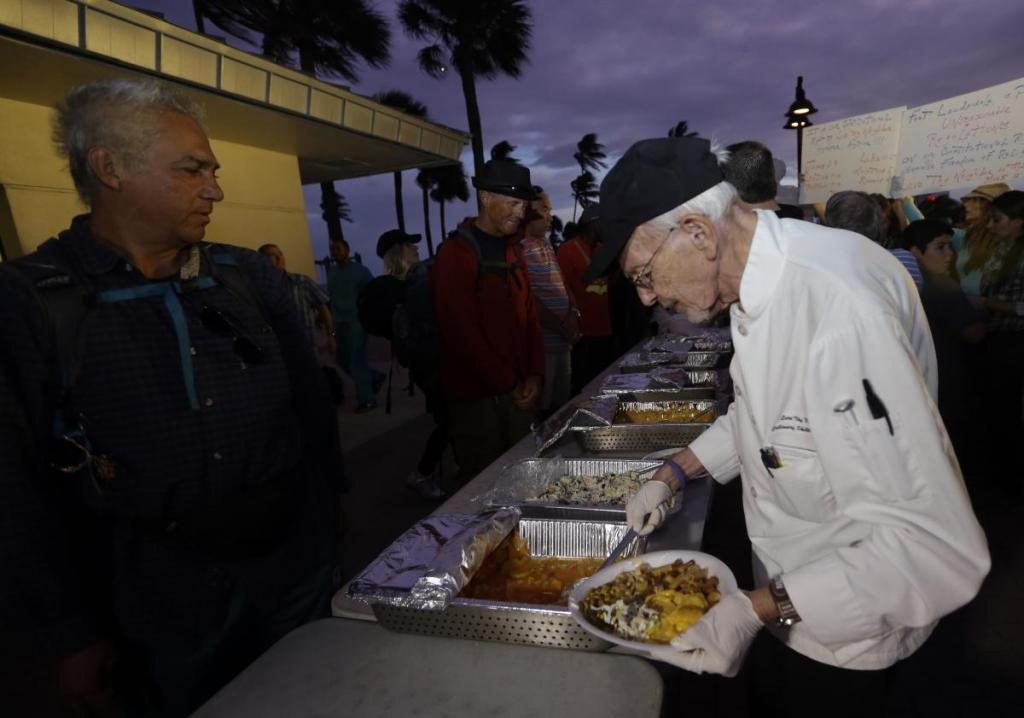 he new law in Ft. Lauderdale comes after the city announced in January that people are restricted from camping, panhandling, food sharing and engaging in other “life sustaining activities.” The laws regarding food sharing where ironically enacted on Halloween when millions of people were out sharing candy.

Abbott applauded the officers for being more courteous in their enforcement of the law the second time around this week.

“They were very gentle,” Abbott said. “I think they feel a little guilty doing their job.”