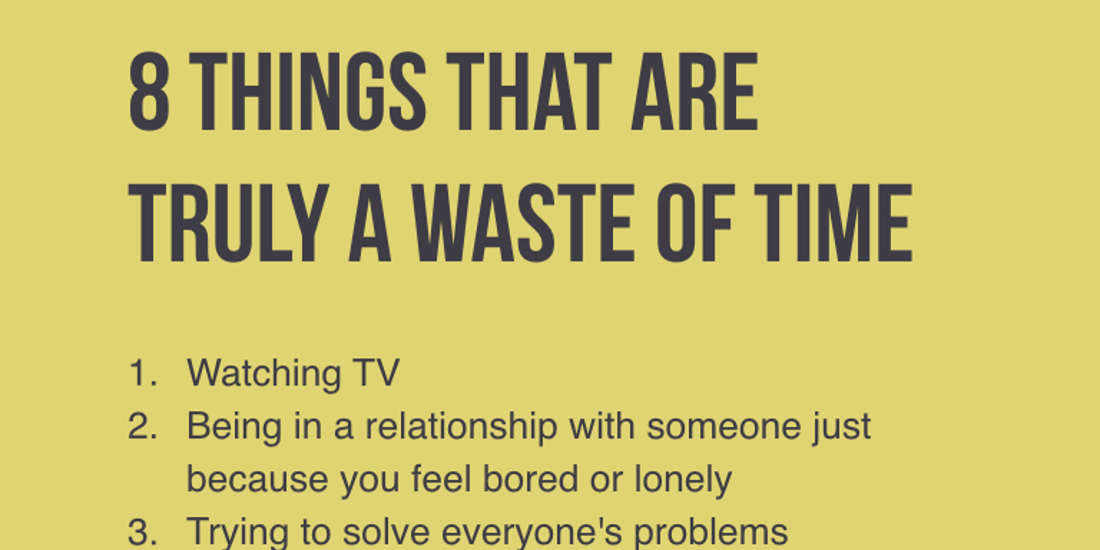 Someone asked what we should stop doing. The answer can be summarized in the following 8 things that are truly a waste of your time: 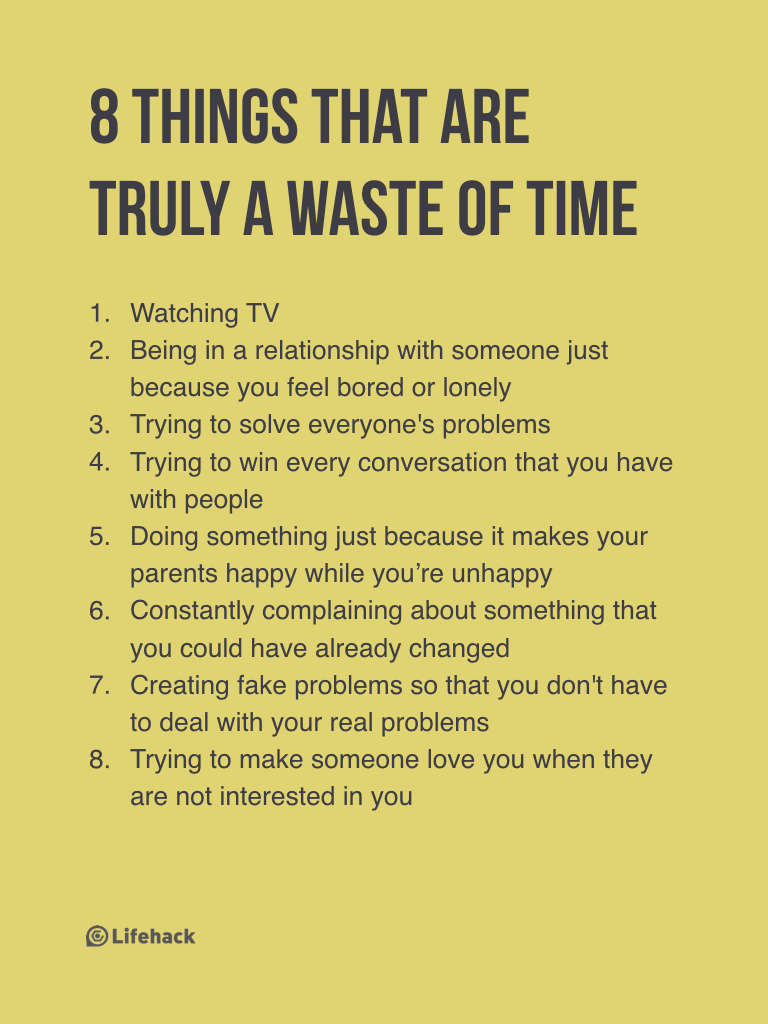 8 Ways To Improve Your IQ

1. Watching TV. I stopped watching television in 2007. I was a couch potato and would watch it for up to 8 hours per day.

2. Being in a relationship with someone so that you’re not bored or lonely. Self-explanatory.

4. Trying to win every conversation that you have with people.

5. Doing something just because it allegedly makes your mother, father, grandparents, aunt, uncle, cousin or siblings happy. But you hate it and it makes you feel miserable.

6. Constantly complaining about something that you could have already changed.

7. Creating fake problems so that you don’t have to deal with your real problems.

8. Trying to make someone love you when they are not interested in you.