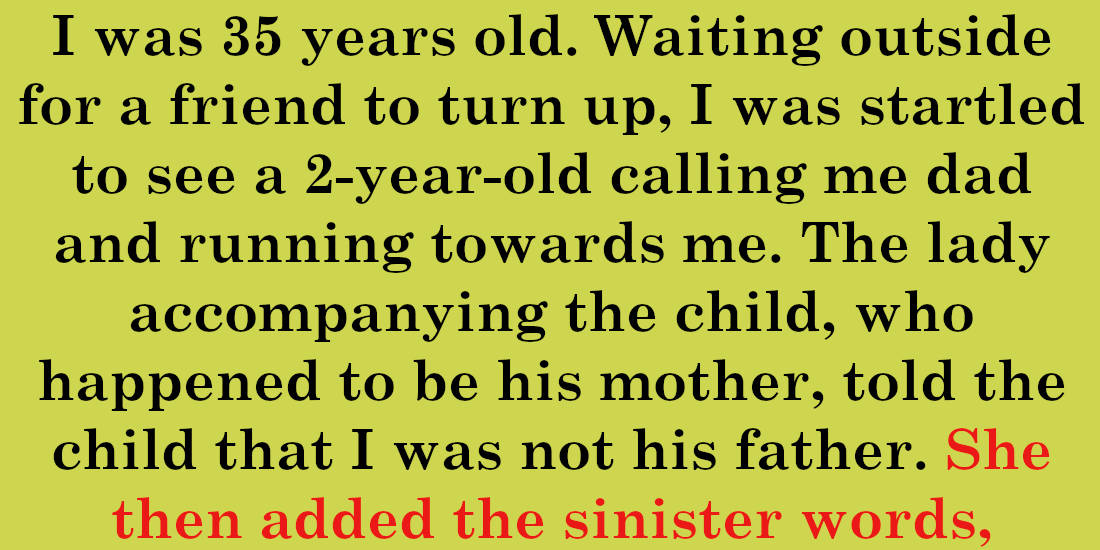 If there is one thing that instantly evokes interest among family members, it is the anecdotes of children. There is no picture as beautiful as a happy child and no music as sweet as their laughter. No story is as interesting as their shenanigans.

Here are a few overheard stories about how great is to have a child.

An Adorable Piece Of Advice

From childhood, I had taught my 10-year-old daughter to avoid talking to strangers. And I wanted to be doubly sure and sent my friend to check on her. She had never met my friend but that did not prevent her from sharing the whole family history with her. And she had an adorable piece of advice for my friend. As her mother, meaning me, disliked her talking to strangers,
they should talk faster before she arrived at the scene.

I was 35 years old. Waiting outside for a friend to turn up, I was startled to see a 2-year-old calling me dad and running towards me. The lady accompanying the child, who happened to be his mother, told the child that I was not his father. She then added the sinister words, “Don’t scare the man!” You bet I was.

The case of the disappearing toilet paper was solved when I found that my daughter tore of large strips of the paper and put one end in the toilet water. The strip disappeared every time she flushed the toilet. I admonished her but also could not resist trying it out myself.

A Cop In The Making

I was having tea with a friend at his place. His 5-year-old son comes running in, shooting at us with his toy gun. We played along and collapsed. The kid was amused at our ignorance. He said that he would have aimed for the knees if it had been a real gun. We were stunned.

I went to a pharmacy along with my husband and son for some birth control pills. Junior was concerned and asked me the purpose of buying the medicines. When I told him that they were for the children, his answer had us bemused. He wanted to know if they were for the new children or the old ones.

The child requests his mother to buy him a tampon for his birthday. The confused mother wanted to know the purpose. The child’s reply was priceless. He had seen a TV commercial where it claimed that tampons can allow you to walk on the beach, ride a bicycle or just run….without anyone noticing.

An Incentive For Being Good

My elder brother buys toys, new clothes, and other devices to enthuse his son who has just joined the school. I remember my first term at school when he had promised me a gold tooth if I
got good grades. Just the promise motivated me for many years.

We were at the beach – me, my husband and our son. I remembered that we had forgotten to get the caps. I ran home to get it only to return and find my son buried up to his neck in the sand. My husband had gone for a swim and had buried our son so that he would not get lost. Our son found the experience very funny. My husband truly deserves an award.

I Wish You…To Keep Me Happy

The child rushes in to congratulate his granny on Women’s Day. And when granny prompts him to state his wishes for her, quick comes the answer: he wished for her to cook a tasty soup.

I overheard a woman talking with her precocious son. He wanted to know the reason people grew up and she answered that it is the normal thing and life as an adult is fun. The boy did not believe her and promptly replied that his dad did not seem to be a very happy adult.

As I was feeding a stray cat, a little girl came running and threw a fistful of sand on the food. When I admonished her and asked whether she ate sand, the little girl ate a little of it out of her hand and I had nothing more to say.

Our daughter was intrigued by the phrase she had seen on a cartoon: “I madly love you.” She could not contain her curiosity and over lunch, she asked me whether I had gone mad the first time I saw her mother or was the madness acquired after marriage.

Fighting with your younger brother can be fun especially if you are 19 and he happens to be 5. After one such fight, he appealed to our mother to get me punished and came back triumphant. I wanted to know the quantum of punishment and he said that mother would make me sleep until noon the next day. That was some punishment in his eyes.

I was 6 when I discovered that it takes 9 months to give birth but I was born only 7 months after my parents got married. Asking my mother whether I was born prematurely did not help.

My son wanted to know how one finds the person one wants to mourn buried in a cemetery. I answered that the names on the gravestones help. He found that was too much of a task and promised to bury me in the backyard when I died.

So as we continue in our quest to teach our children about life, it seems they already know what life is all about. Their refreshing take on life always teaches you something. And the fun comes in always expecting the unexpected.