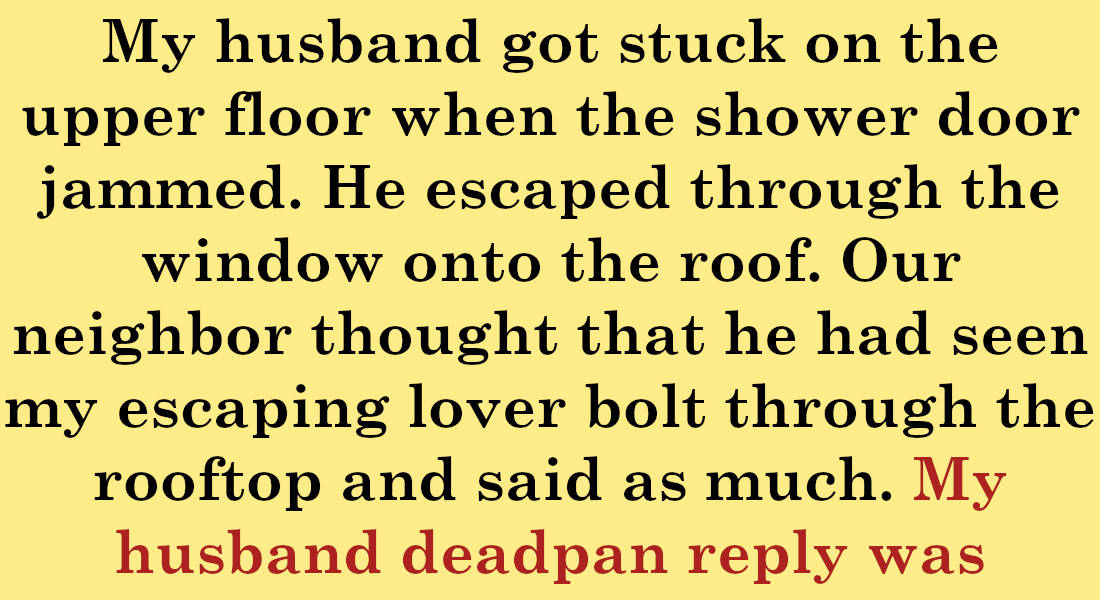 If there is one thing that epitomizes a happy family it is their collective sense of humor. You can always wade out of a difficult situation buoyed by a healthy dose of humor. And all such families have priceless gems in their vault and it would be criminal not to share these stories.

1. Why Did We Argue In The First Place?

My swimming lesson lasted all of 15 seconds, the time he took to toss me from the pier. Any bonus? I also learned the first lesson in swearing.

3. A Lesson In Hunger

I was on my way to the town nearby and it was a 7-hour journey. As a student, I had little money and my meal at the start was one bagel and water taken from the nearby tap. As I lay on the top berth nursing my hunger, families on the lower berth were having chicken and it made my hunger pangs unbearable. Finally, the father noticed that I was hungry and invited me to climb down and dine. As I climbed down expectantly, the father helpfully offered to clear the table of their food so that I could partake of mine.

My brother asked me if it was true that I got all the questions before my examination. When I replied in the affirmative, he said that it must be easy to learn them beforehand.

A dinner invitation at home with my husband and his friends turned interesting when we heard a scream. Outside a drunk had attacked another with an axe and chopped off four of his fingers. Even though I was 8 months pregnant, I reacted immediately and brought down the assailant, rang up the ambulance, packed the four fingers in the freezer and finally bandaged the man’s hand, all in a day’s work. But our new found friends fled the scene because they considered it crazy that a pregnant woman would do such a thing.

My sister’s brief reply to my mother when she asked her if she had drunk at the birthday party was “a glass of wine.”

A harmless shower turned interesting when my husband got stuck on the upper floor when the shower door jammed. He escaped through the window onto the roof. Our neighbor thought that he had seen my escaping lover bolt through the rooftop and said as much. My husband deadpan reply was what the neighbor had seen not my lover, but my husband’s.

My effort at making a positive pregnancy report interesting fell flat The origami crane glued to the bathroom window with the pregnancy kit in its beak appeared to be a crane smoking in my husband’s eyes.

I was cleaning my guitar at home with vodka and was also having a piece of candy that I had filched from the fridge. I had completed cleaning the guitar and was sitting with the candy and the vodka bottle. Mother came in, took one look and just said, “so sad, my boy?”

One of the tasks assigned to clear an entrance examination at my school was to sing and my choice was the hard rock song “highway to hell.” More than a decade later, my sister was appearing for the same examination and her choice was “will the real slim shady still stand up.” That’s as rebellious as it gets.

A walk along the waterfront with my husband and our son found us on unfamiliar territory. The names being called out by the parents were unfamiliar and alien to us. Names like “Rocket, Mirabelle, Silvio”. And then suddenly the call for “Johnny” sounded so soothing.

We used to dig for potatoes every fall. But this year we turned up at the field and found it empty. We were furious and dad was the most vocal. Mom could not understand as to why anybody would go to the trouble of stealing some potatoes. It ultimately boiled down to the fact that my father and his dear brother had never planted the potatoes in the first place. Planting potatoes was their excuse for hanging out with friends.

These stories are a much-valued part of the family treasure and are sure to be handed down from generation to generation.