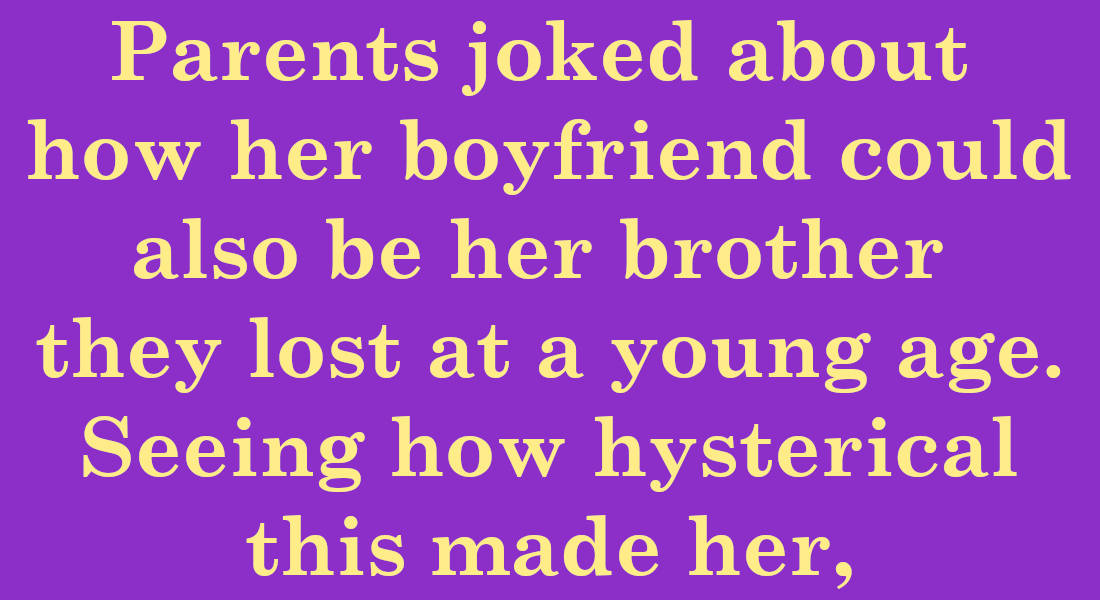 Meeting your partner’s parents can be complicated, to say the least. You never really know if they would like you. Or the kind of questions they would be throwing at you.

Here are 12 overheard funny stories about meeting the parents for the first time.

1. Bringing her now ex-boyfriend wasn’t a good idea, for her father continuously grilled and vetted him the entirety of the time he was there. In the end, he caught on and quietly moved to go away. In the meantime, the family dog leaped on her father’s leg, who shooed it away. The boyfriend, feeling that was for him said he was leaving when the father apologized profusely. Now they are friends.

2. Her hands were shaking so badly while meeting her boyfriend’s parents, that she dropped salad on her lap when she tried dumping it on her plate. Yet, her extremely loving and witty boyfriend simply took up a fork and started eating off her lap.

3. Potential sister-in-law helped a meeting with the boyfriend’s parents, for their mother was strict. She pretended to have a biker boyfriend, which contrasted nicely with the girlfriend of her brother, who was an angel in their eyes.

4. Parents joked about how her boyfriend could also be her brother they lost at a young age. Seeing how hysterical this made her, they finally ceded to the truth. That was mean!

5. Met my girlfriend’s parents for the first time when I was shy and young. A bundle of nerves as I met them, and after tea said, ‘Thank you, goodbye’, instead of just ‘Thank you’. Had to leave for I was a man of my words.

6. Cat vomited dramatically at my fiancé’s leg while my parents went hysterical with laughter. His face was a sight.

7. Had to use my girlfriend’s bathroom which didn’t lock. Soon enough, the person who stood before me was her father. And being rendered momentarily stupid, all I could say was, “Is she there?”

8. Boyfriend’s parents’ thought I was an angel in curls and frills, until I popped open a beer before his father, with a fork.

9. Couldn’t take my eyes off my man while meeting with his parents. And this led to me confusing the jam and the mustard plates. Add to that, that I didn’t want to insult his mother for the buns she had baked, so I kept drinking my tea with a REALLY warm bun.

10. Found me on the album of my boyfriend’s family, like Scheherazade. This was taken in my kindergarten year.

11. Met with my boyfriend’s parents, and had a jolly great time while they were renovating their house. All they asked later as if I loved what they had done to the wall.

12. Turns out my boyfriend’s parents are actually humorous people who pranked me into thinking I had flooded them. After checking everything, finding no leaks, and behaving a bit aggressively towards them, I opened the door to find them laughing.

Tell us about your experience when you met with your significant other’s parents.