Most of us do not feel very lucky, but there are many lucky people around the world.  They find their luck in discovering anything startling which can be worth a million dollars or has some message hidden within itself.

Remarkably, these things are so wonderful that you could not help but look at them.

Following are some lucky people by chance, and they have found some unbelievable things which have also made them famous: 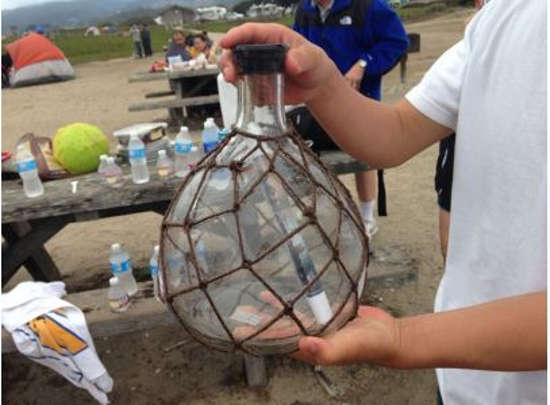 Sometimes people get lucky to have found something extraordinary which can be worthy of a million or many times they find something like a message inside a bottle which showcases timelessness in our lives.

A ball of glass 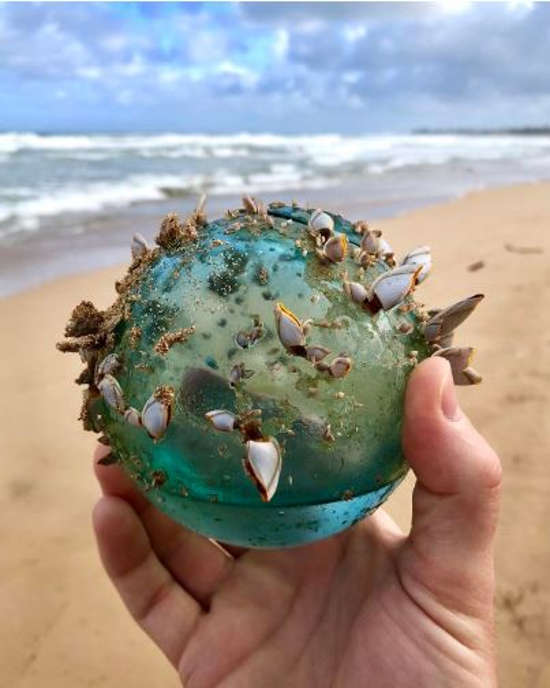 In one Hawaiian beach, a couple while walking around, found a wonderful glass ball. It had transformed into a little marine ecosystem and because of this reason it looks so fascinating!

The sword from the Iron Age

A 1500 years old sword was discovered by a little girl in Lake Vidosten which is believed to belong to the Iron Age. The sword is first of its kind to be found in Scandinavia. 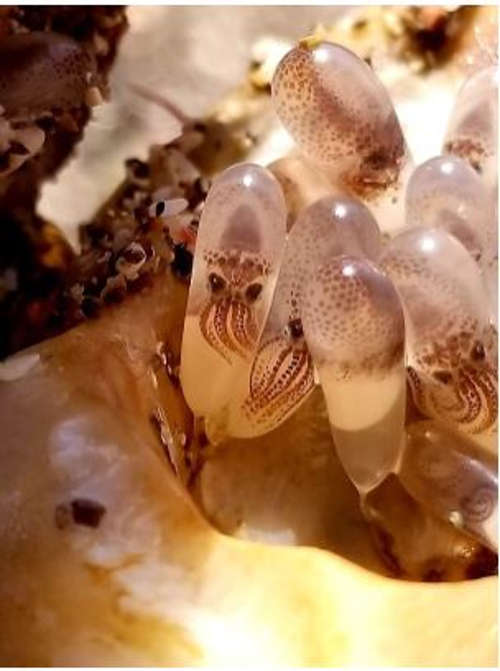 These sea shells are something that we do not see on a regular basis. It is very uncommon to see something of this kind with squid eggs present inside it. 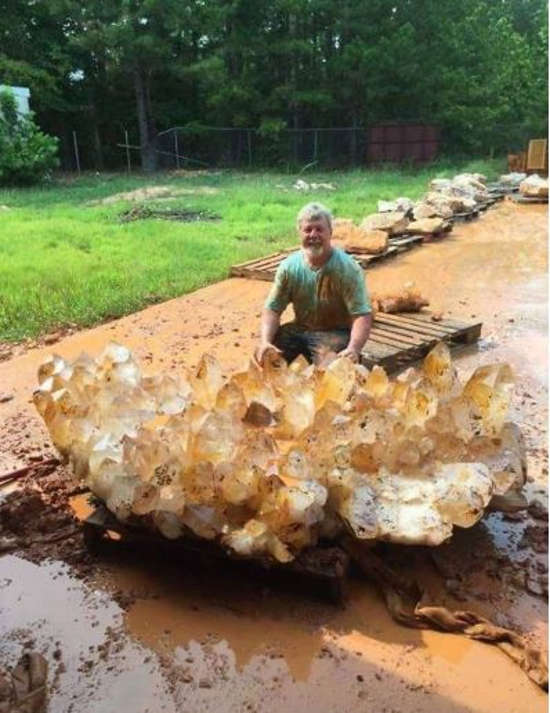 This quartz, with its flamboyant appearance, was found in Arkansas by a man. The worth of the quartz is 4 million dollars and we can say it with surety that he is earning his luckiest money now! 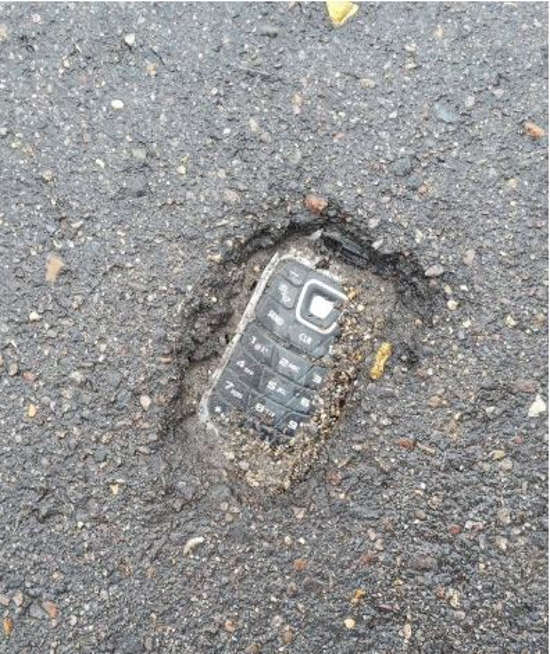 Take a closer look at this picture and you will laugh. You will understand that we should discard our mobile phones and switch to the old Nokia phones because of their amazing durability! 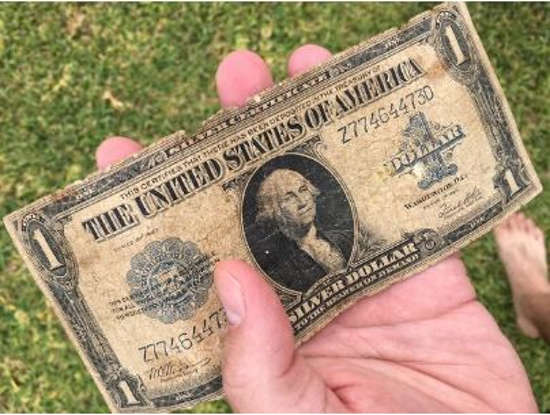 The most stunning experience is when we discover an old forgotten currency or a dollar which dates from 94 years before our present time and now you know that you are indeed lucky! 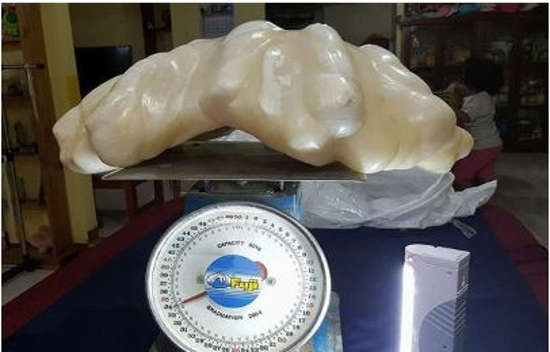 Some fisherman got so lucky that it is quite unbelievable. He found this giant pearl weighing about 34 kilograms and costing about 100 million dollars. It was so astonishing that we could not believe what we really witnessed. 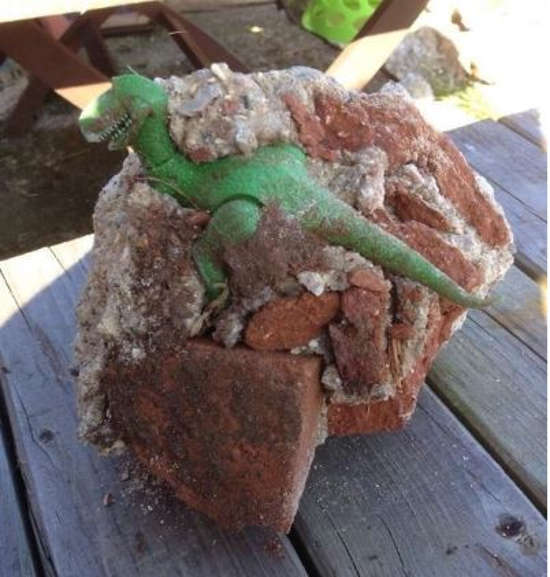 Here comes the most unexpected thing that was unearthed by a guy who was digging his garden. He just found a tiny little toy dinosaur beneath the ground!

Message in a bottle 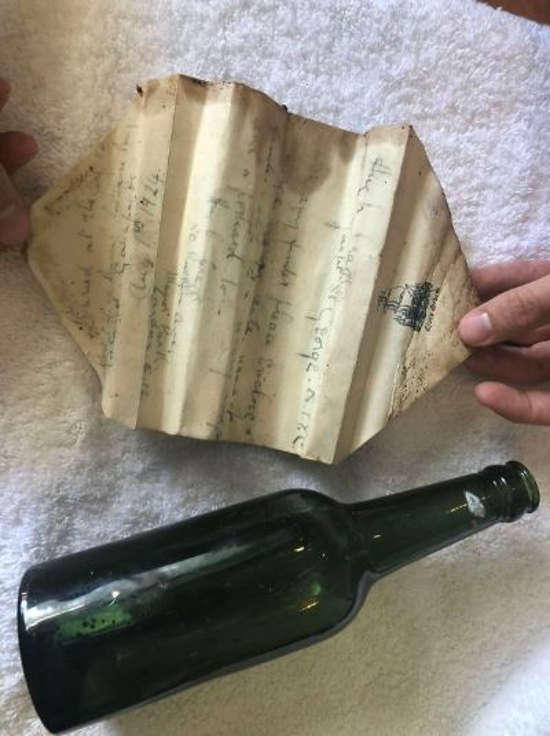 Although it sounds like a crazy idea, it is really exciting for people who stroll around beaches to put a note inside a bottle and toss it in the water. Those of you who did this would know the feeling of finding a bottle with a message written decades ago! That excitement is irreplaceable.

So do you know  any lucky people?