This is a well known optical illusion which can be seen in two ways, either as a duck or a rabbit. Which one do you see? And when you see the one image, you can switch to the other?

Now the most important question – how quickly you can change from one image to another?

Most people, at first distinguish the duck and then distinguish the rabbit. But the question is how quickly you can change that image in your mind. Do you need much mental effort to accomplish?

The first version of the image was created in 1892 by the humorous German magazine «Filiegende Blattera» but later the photo was published by Ludwig Wittgenstein in his “Philosophical debates” as a means to describe two different ways that we can see things.

What do you see? A duck or a rabbit? 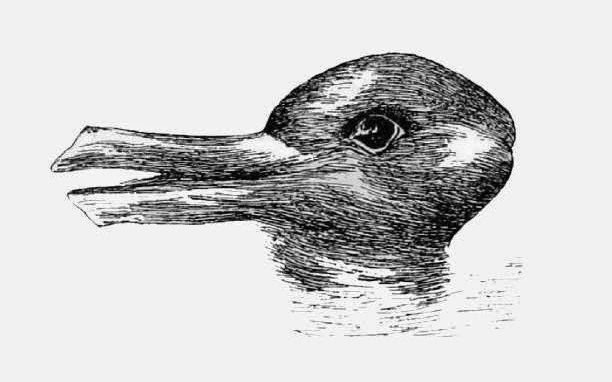 The picture does not change, but our visual experience may change. Terms like “duck” and “rabbit” make our brains to create different images from a single image.

Psychologist and author Richard Wiseman concluded that the ability of alternate two images associated with our creativity.

As claimed by Wiseman, when one changes the visual image from Duck to Rabbit and the reverse creates a strong change in the way we see and understand the world.

The sooner you make this switch in your mind, the more creative, and holistic view person you are.