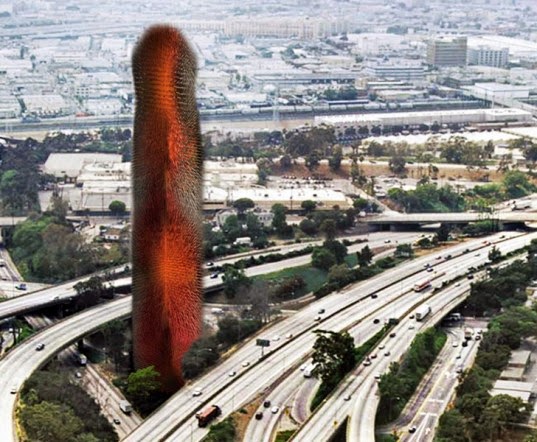 The skyscraper Soundscraper is a modern structure designed in a way that converts sound vibrations from the buzz of the city a source of clean energy. This is achieved through capillary structures like cilia that collect the kinetic energy absorbing both urban noise. 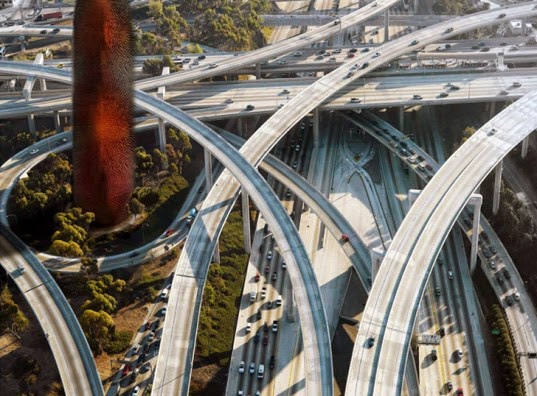 The Soundscraper, which was presented in the competition Architecture 2013 eVolo Skyscraper Competition, is intended to be built near the major highways and railway junctions, ie sites where the sound vibrations in the atmosphere abound.

A sound absorbing material extending in two layers covering the outside of the tower and is supported at a distance from the facade with a metal frame.

Once the sound vibration received, an inverter converts into kinetic energy. Then specific cells convert the kinetic energy into electrical energy, which may either be stored or distributed in the network.

The team of system designers (Julien Bourgeois, Olivier Colliez, Savinien de Pizzol, Cedric Dounval and Romain Grouselle) estimates that each Soundscraper can produce 150 megawatts of energy in a densely populated city, power is translated to 10% of the lighting needs of a metropolis like Los Angeles. 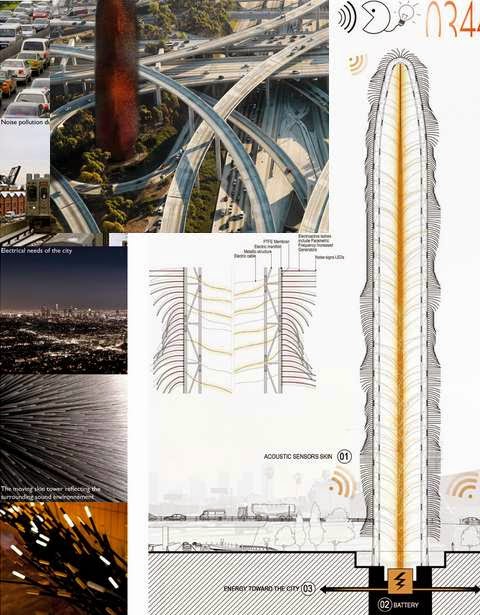