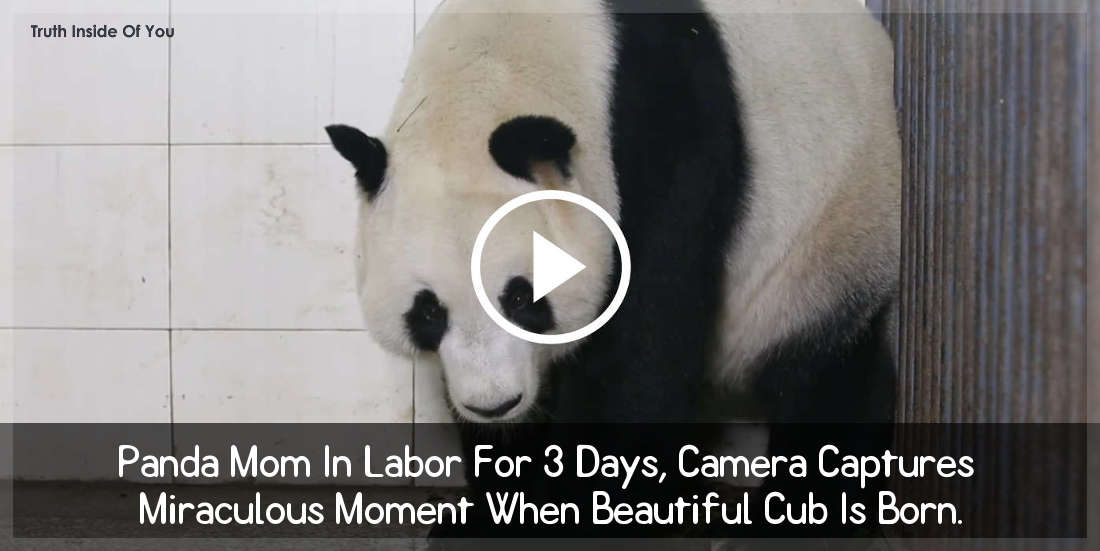 Any mother will tell you that the darkest hours of their life was the hours they were in labor. However, the thought of the offspring you are bringing to the world keeps you going and gives you the power to not give up.

This story is no different for this panda called Min Min that lives in a Chinese wildlife reserve.

This beautiful tail broke the internet because of Min Min’s spirit to hold on when everyone thought it was time for her to give up and let go. Three days into labor and most people concluded that she had lost the baby but wait until you see what was captured on camera.

Just so you know, the panda bear is an endangered species and reproduces very slowly in the wild and even slower in captivity. For this reason, when the game caretakers noticed that time for Min Min to have her cub was near, they took her to a holding pen where she and her baby would be safe before and after delivery. Here they closely monitored her progress.

The caretakers were however astonished when the labor lasted more than expected. They know that it becoming incredibly dangerous for both the panda and the cub. They recorded a video on her third day of labor and it shows her amazing resilience and refusal to give up.

The video captures how she eventually delivered a very beautiful baby that was actually twice as big as a normal baby panda.

Though it was a hard three days for Min Min, she can now be celebrated for extending her species and for bringing forth such a beautiful and huge cub without giving up.

Check out the incredible video below and don’t forget to pass it on: