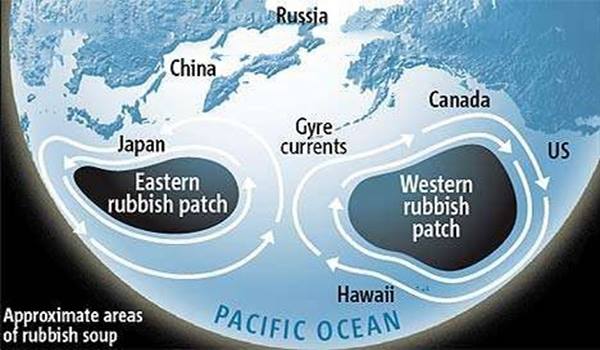 We have a Plastic-problem, and I’m not talking about the social “image” one is encouraged to maintain, I’m talking about an actual issue causing extinctions of entire families of species upon our planet, Us included. And it is an INCREASINGLY damaging issue.

Plastic that ends up in the oceans eventually find themselves in the so called “sixth continent”, “the Garbage Patch of the Pacific”. Or any of the other Wave Gyres where it’ll deteriorate down to particulates and become part of everything we eat and drink – which mind you is quite inhospitable for our bodies.

Toothbrushes, which are believed to be one of the solutions to prevent our teeth from rotting, is one of those things that most people would prefer not to think too much about, as long as their teeth are clean, most people would buy any type of toothbrush available at the closest corner shop which is mostly available in plastic form. As recommended by oral hygienists, toothbrush are only effective to be used for a few months after which it becomes “ineffective” and should be replaced. What most of us don’t really think about is how much of this small plastic that have been thrown out to the landfills & in the oceans. And we all know, since recycling has been increasingly growing each year, that plastic does not deteriorate well in nature. More than two billion plastic toothbrushes end up in landfills, every year! That’s a massive amount of plastic!

Don’t take it wrong though, I’m not saying that you should stop cleaning your teeth, what I’m trying to say is, if you brush your teeth so that your teeth are healthy, why not do it as well as taking care of the rest of the planet. What’s the point on having healthy teeth when you don’t care about other parts (of whom which plenty hold much more value in comparison to your teeth)?

Above is a brilliant image created by the very aware people over at 5 Gyres. It shows the concentration points of the garbage that we dump in our oceans and rivers. The locations seem to have been calculated by measuring the wave-dynamics of the planet, which I’d find extra interesting for the seeker!

Why do we not see more people smiling when we look around us as we walk down the street? Well, for many reasons really, but unfortunately, some people don’t like to smile because of insecurity of their teeth (mouth) of having yellow teeth and/or non straight teeth. What created that insecurity? My answer to that would be the belief system that has been incepted in almost everyone’s head that they have a certain image to maintain. Why is it suggested to have white teeth? Why are we suggested to consume fluoride to have white teeth? Why are we suggested to have mouthwash for a fresh smelling mouth and white teeth?
Naturally, are we really supposed to have white teeth? The things that fluoride does in our brain is unbelievable. Is it worth damaging our brain just for the sake of white teeth? Cleaning our teeth can be done with other much better alternatives such as coconut-oil pulling, dental flossing and simply brushing. From my understanding, toothpaste or mouthwash is not required, it can easily be replaced with coconut oil or a paste of choice with sodium bicarbonate & citric acid.

The mouth plays a vital role in our life. We breathe, eat, speak and kiss with it. Studies have shown that poor oral hygiene is also connected with cancer and heart diseases. Or on a simpler level, aching jaws and rotten teeth lead to pain, inability to speak or even smile.

One of the solution that has been found for this is a type of toothbrush that is made out of plants. The handle is made out of 100% biodegradable bamboo which naturally provides a non-slip surface. Bamboo is one of the fastest growing plant on earth. It is naturally antibacterial which means that there is no need to use fertilizers or pesticides during its cultivation.

The bristles have been verified to be free from the toxin BPA (bisphenol A). The bristles are made out of nylon, a durable material that degrades over time and can be processed through regular waste channels. So far, there is no other plant-based material yet to be found that would allow to use your brush for the recommended three months.

”We shall never know all the good that a simple smile can do.” – Mother Teresa

A smile comes from simple will of the love, radiating from within. A common saying that I’ve heard for a long time now throughout my life, ‘A smile can change the world’. It’s something that’s really hard to grasp in a sense but to think about it, it really does. If you think about it, when you smile all day, the time you spent that day was filled with positive experiences. But on the contrary, a sad face fills the day up with negative experiences. As you experience those positive moments, it affects the people that are around you. When that positivity radiates to other people, it lingers in them for a certain amount of time and during that time of resonance, the positive vibration in them radiates to other people as well, so on and so forth – growing exponentially. From that fractal pattern, the smile that you had in the first place, as it radiates to other people, it spreads throughout the world. How powerful a simple sincere smile can be.

For each toothbrush sold, a tooth brush is donated. The brushes are donated to registered, non-profitable, organizations that have oral health care projects around the world.

Where to find a Humble Brush?
www.humblebrush.com