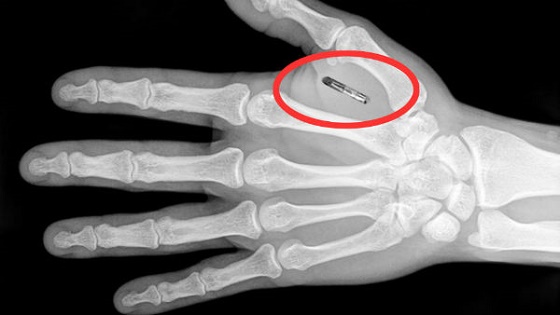 NBC has predicted that by 2017, all of America will be tagged with microchips (in the video below). According to their report, the technology is already in existence and will be used to answer one primary question, “Am I who I say I am?”

This is an old report, and certainly not the first, as ABC has also reported on different people and organization getting chipped.

So called “conspiracy theorists” have been warning about the potential of the population being microchiped  for decades. This belief became particularly popular after film maker Aaron Russo says that he was approached by Nick Rockefeller about joining them in literally ruling over the world.

Aaron says he and Nick Rockefeller were originally friends and met when he was running for governor of Nevada, until Nick disclosed to him what he and his family were really up to, which is the creation of a one world government ruled by the international bankers where everyone will be microchiped as described below;